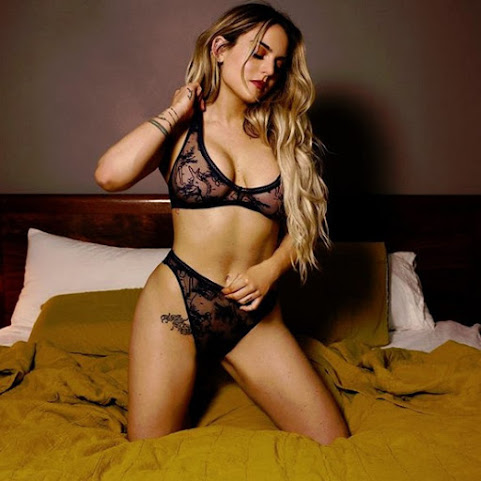 Inspired by singer JoJo and her hottie collabo with a new lingerie brand, AFTER THE JUMP we offer a variety of news links to early birds this morning concerning pop culture, community news and info from across the nation and around the world.

Kansas City, MO - Government entities in most of the Kansas City metropolitan area begin the first steps of reopening businesses and government offices Monday, May 11th, several weeks after the beginning of shelter-at-home orders were enacted to slow the spread of the novel coronavirus.

The nation's meat shortage is hitting restaurants in the Midwest as some popular cuts begin to grow scarce. Barbecue capital Kansas City is a prime example of the supply issue. Meat suppliers are low on stock or have completely empty coolers after the shuttering of key processing plants as plant workers have contracted the coronavirus.

JoJo has a steamy new gig that pairs perfectly with the sensual music video for her new single "Comeback." On Friday, the 29-year-old "Leave (Get Out)" singer took to Instagram to reveal that she's a celebrity ambassador for Rihanna's Savage x Fenty lingerie line, and she modeled a sheer bra and panty set from the brand.

Donald Trump continued to fume over the Russia investigation on Sunday, more than a year after special counsel Robert Mueller filed his report without recommending charges against the president but only three days after the justice department said it would drop its case against Michael Flynn, Trump's first national security adviser.

No Lockdown For Vice

Vice President Mike Pence on Sunday refuted reports that he is in self-isolation away from the White House after his press secretary tested positive for the coronavirus, according to a statement from his office. "Vice President Pence will continue to follow the advice of the White House Medical Unit and is not in quarantine," reads a statement from Devin O'Malley, his spokesperson.

Biden and his family were stung by the June debate exchange over his record on school busing. The attack was particularly hurtful because of Harris' bond with Biden's late son Beau, also a one-time state attorney general. But Biden and others close to him have come to view Harris' debate knockdown as part of the rough and tumble of presidential campaigning.


In Her Interview With Megyn Kelly, Tara Reade Clarifies Her Story

The District Attorney Who Saw "No Grounds for Arrest" in the Killing of Ahmaud Arbery Has a History CEOs Were Asked to Remove Masks Before Meeting With Mike Pence in Iowa Who Flushed? A Supreme Court Investigation.

Doc Talks Whilst Locked Down

Dr. Anthony Fauci, the nation's leading infectious diseases expert, will testify before a Senate subcommittee on Tuesday, his first appearance before Congress since March. Fauci will appear alongside Dr. Robert Redfield, the director of the Centers for Disease Control and Prevention (CDC), and other officials to discuss reopening the economy amid the coronavirus pandemic.

The true number of people who have died during the coronavirus pandemic in America could be double the official figure, an adviser to the Centres for Disease Control (CDC) has warned, as evidence emerges that large numbers of seriously ill people have failed to seek medical attention for life-threatening conditions because of the contagion.


France to ease lockdown on Monday after 55-day quarantine

The French will be allowed to leave home and gather in groups of up to10 people. PARIS -- After being under one of the strictest quarantine measures in Europe amid the novel coronavirus, France is taking steps to reopen the country, although gradually and with some regional adaptation.

The number of coronavirus cases is once again on the rise in Germany just days after the country began easing additional lockdown measures, according to Saturday's report from the country's public health agency. German police, meanwhile, said more than 130 people were detained when protests turned violent in Berlin and other cities on Saturday.


J.C. Penney could close almost 200 stores. Here's what to know about the rumored bankruptcy

J.C. Penney is running low on pennies. The storied, 118-year-old department store is preparing to file for bankruptcy as early as next week, Reuters reported Friday. The rumor mill has been churning on J. C. Penney's impending collapse for weeks now, but this is the most detailed report to date from "people familiar with the matter."

This really stings. Fears of the Asian "murder hornet" could spark the slaughter of millions of innocent bees and wasps, according to a report. Experts told The Los Angeles Times that the national panic over the giant stinger - which recently appeared for the first time in the US in Washington state - may cause "needless" damage to essential bee populations.


Yikes, Khloé Kardashian TP'd Kourtney's House As A Prank Even Though There Are Toilet Paper Shortages

Read the room, people. We can only imagine what Kourtney's "revenge" for this prank will be. Personally, I'm putting my money on a pool of hand sanitizer.

Emma Stone and Zac Brown also made guest appearances during the latest Some Good News episode John Krasinski and Steve Carell virtually reunited again -- this time with more The Office costars! The cast reunited to surprise a newly married couple Susan and John, who held their wedding virtually with Krasinski, 40, serving as the officiant.

Kansas City Chiefs tight end Travis Kelce participated in Tyrann Mathieu's "Radiothon" on 610 Sports Radio on Thursday, joining "The Drive" for an 11-minute interview. Kelce has been with the Chiefs since they selected him in the third round back in 2013.

KANSAS CITY, MO (KCTV) -- Online learning has become the only option for some teachers, including one horse riding instructor. Michelle Mangold with the Horses of Hope Riding Academy gives lessons on Facebook Live. She teaches people how to put on a saddle, groom and catch a horse.

Photo by Missouri Department of Conservation By Jill Draper Sustainability practices at the KC Parks Department often have taken a back seat to other concerns, but that's about to change. In January the department hired an environmental manager, Stephen Van Rhein, and one of his first steps will be starting native landscape projects in each City Council district.

Hide Transcript Show Transcript THIS IS FIRST ALERT WEATHER. EMILY: IT IS MAY, RIGHT? NEVILLE: IT IS GOING TO BE VERY COLD HERE. ANOTHER NIGHT OF TEMPERATURES DOWN INTO THE 30'S WITH A WEATHER PATTERN SETTING UP HERE. THAT COLDER AIR IS SETTING UP EASTERN PART OF THE COUNTRY.

Q: What did the band say, when they found JoJo on the bed in their suite?

Winner and champ of these threads.