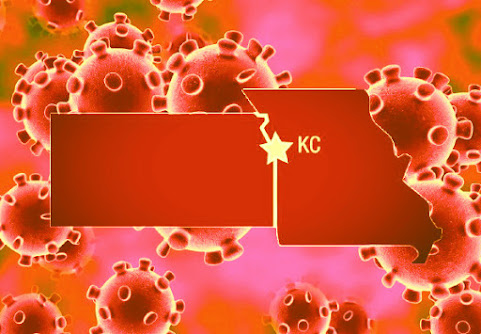 KMBC: The Missouri Department of Health and Senior Services reported 177 new cases of COVID-19 Saturday, bringing the statewide total to 9,666. Health officials said 23 more patients died from the virus. There have now been 472 deaths across Missouri from COVID-19.

KCTV5: The Kansas Department of Health and Environment reports 6,751 confirmed cases with 157 deaths. And 250 new cases.

After largely staying out of the fray since leaving the White House, former President Barack Obama pointedly criticized the Trump administration on a range of issues while also sounding the alarm about the spread of misinformation ahead of the presidential election as he rallied former members of his administration to join him in doing all they can to back his former vice president.


4 reasons state plans to open up may backfire - and soon

On Monday, Missouri will allow concerts to resume for the first time since the state's stay-at-home order started at the beginning of April. Yes, concerts, where people usually pack together, breathing the same air. Apparently, the Missouri government believes it will be safe if people attending stand 6 feet apart.


Cannabis employees are in high demand during economic crash

Companies POLITICO spoke to in more than a half-dozen states said they are adding thousands of workers despite the pandemic. In most cases, these hiring plans were already in the works prior to the public health crisis, but the economic paralysis gripping much of the rest of the economy largely hasn't derailed those plans.


A record number hold a strong opinion of Trump

President Donald Trump's campaign is about to unleash a "Death Star" against former Vice President Joe Biden, according to campaign manager Brad Parscale. In any other era with any other president, such imagery might seem out of place. It makes sense for Trump.

"A record number hold a strong opinion of Trump"

And a majority of those opinions are that he sucks big time.

^^^^Did you know you have your keyboard on "all caps?" It kinda makes you look like even more of an idiot, especially when you don't know how to punctuate or write coherently.

^^^ neither do you dummy

“After largely staying out of the fray since leaving the White House, former President Barack Obama pointedly criticized the Trump administration on a range of issues while also sounding the alarm about the spread of misinformation ahead of the presidential election as he rallied former members of his administration to join him in doing all they can to back his former vice president.“

That January 5 meeting appears to be critical, as Obama also gave his marching orders. The ensuing timelines, and how all the stars aligned to what Barry wanted. He wanted to make sure the incoming Trump administration didn’t find out about the FBI’s counterintelligence probe into Russian collusion. With that mindset, Obama officials soon weaponized the Russia collusion nonsense to inflict damage on the new Trump White House. Remember, Obama and most of the Democratic establishment thought Hillary was going to win. Obama administration officials thought so as well, as did the intelligence apparatus probably. They thought this could be swept under the rug once Hillary was sworn-in, washed away as if it never happened. Well, that plan got punched in the mouth. It was scrambling time

Obamy is scared and on the defensive now, he’ll get the lame stream media to help just like they’ve been helping the dimwits over the last four years. Hes trying to deflect his corruption and lies and shift the blame onto trump and the republicans, this time it won’t work, he lied and his people will go to jail.

And Trump's popularity continues to plummet among his (formerly)strongest and largest constituency, Older Americans.

Look for the Biden Campaign to start running ads soon that feature the clips from Fox and Friends appearances this year of Trump saying he's open to cutting Social Security and Medicare!

6 months until election day, don't worry when this high unemployment and loss of hundreds of business closures and just general hard times really sinks in, white folks will connect the dots and kick demon trump to the curb. Just like they did Herbert Hoover in 1932.

But Trump is constantly lying to shift blame and Biden is so brain dead it's too soon to call.

OBAMA IS A CROOK AND SHOULD BE JAILED AT ONCE

8:06 You aren’t too smart are you boy, thanks to Barry and rapey joes antics from their time in office they and the dimwit party are doomed, what you should really be worried about is someone from the Green Party getting the nod for president and not someone from the democrook party, now that’s scary right there. I still can’t figure out why you self righteous sons of bitches would still want creepy joe as President, that’s just sick.

How would you know trump did anything right when you’ve been duped by the msm, Barry, the clintons, peelousy, schiff, nadler, the fbi, cia, dhs, doj and some others that I can’t think of right now. Be afraid son, be very afraid.

8:56: Are you sure you want to go down the crook rabbit hole? Trump wrote the book on crook. He even had a crook university teaching how to be a crook. Literally.

Are you sure you wanna go down that crook rabbit hole? What the crooks Barry and the clintons have done is unprecedented in history. Ouch.

And yet you're full of shit, and not even in a clever way. Weird.

Cannabis employees are selling shit that weakens people's oxygen absorption. They will be sorry if one of my kids gets sick.