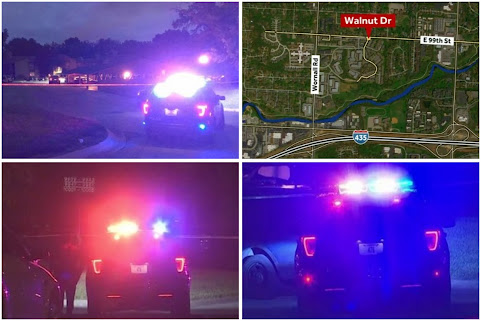 Kansas City's comeback from a historic pandemic lockdown starts with a bang.

Last night we talked about the KCMO reopen mostly "celebrated" by way of rampant, deadly gunfire.

The punchline to that sentiment is that hardcore far right advocates don't really seem to have much empathy for ANYBODY suffering harsh times but that doesn't mean that can't do the math.

Sadly, this macabre game of political "Whataboutism" doesn't really help anybody. But that's kind of the point, it's only a trick to boost imagined social media "relevance" . . .

And so, the rate of of KCMO homicides continues to spike more than 20% over last year whilst locals play politics with their favorite numbers.

What about the abatement game?

While all of you dipsticks argue about tv news. The real crooks are living free in KC.

Keep up the good work.

Killa City is winning and no one can stop it.

^^Shutup CHUD. Where is that Chud guy anyway??..usually he is quick to correct those that stray from progressive/socialist thought. Come on chud dude, you are letting us down..

^^^Is this what the Republican party has come to?

You only care about your circle jerk. What shits you are.

Was the fellow who predicted 63 murders by monday taking things into his own hands...watch out for TKC posters they get things done right and on on time.

No, seriously I do care. I care about keeping that crap east of Troost (now probably east of Main) and out of my neighborhood. If not, I care about ditching KCMO for the KS burbs. Trust me, I care..nobody I know wants that shit in our community, but it seems to get closer by the day.

TKC Diaper Squad: Report! Pretend to care and spew that racist ignorance! Go geezers go...well at least go until it's time for Matlock that is.

What if KCMO homicide violence was prioritized like the coronavirus?

1) The city would be under a curfew until the homicide rate started trending down.

2) Residents would be strongly encouraged to wear a bulletproof vest when outside the home.

3) The city would employ crime scene witness tracers to track down eyewitnesses and compel them to testify.

4) Mayor Quagmire, Health Director Archer, KCPD Chief Smith, and JaCo Prosecutor JPBaker would hold frequent media briefings inflating the actual number of homicides, while excoriating the lack of federal assistance to lift them from their morass.

When does President Trump keep his promise to end the carnage in our American Cities? He's done nothing in four years! He lied, people have died. These bodies are his fault!

Sure Tony, go ahead and dehumanize conservatives. Just because people look at the same situation you look at and come to a different conclusion about what the best course of action is does not mean that they don’t care. At lease the so-called ‘far right’ does not go onto message boards and wish death and harm and those who disagree with them like so many posters from on the left do here.

We better get used to this. If I was a cop right now and Baker was after them I wouldn’t do shit. No way I would take a chance of that worthless prosecutor charging me for doing my job.

And left wing activists continue to inaccurately argue about pretty much everything.

When will President Trump end this caranage? He's done nothing! People are dying here. Why did he lie?

Trump lied, people (who were gonna die anyway) died...bring on sleepy joe the octogenarian with a wicked case of alzheimer's. I think it's a grand time to run social and economic experiments on the republic.

^^Clinically it is probably dementia, not Alzheimer's.

The KC democrats have blood on their hands.

City..county ...state..then federal..what about the other 3 letting you down..?? I understand why state says go pound sand.. So why does the Democrat run city/ county areas clean up their own mess??

9:01 has a good point - why hasn't the media focused its outrage, local governments demanded outlandish budgets, and democrats used their bully pulpits to go after violence in our inner cities the same way they've gone after people not wearing face masks?

^^I don't know. When does President trump keep his promise and do something to stop this violence?

We are smoking St Louis this year, for once. Our hood rats need to keep it up and not rest on the laurels. They can kill without fear of consequences since Jean Petersucker is our prosecutor.

How in the F__k is Trump, Obama, Quintin or their own mommas suppose to stop immature low IQ drugged out blacks from shooting each other ? Short of block by block searches of houses for guns, drugs and felons nithing can stop the murders. So get off your blame game bull.

^^Oh. So you mean there's nothing anyone can do, including the City, Police, Prosecutor, & Mayor from stopping crime? Huh. That's not what you posters think is it though?

For anyone doubting the demographics of the perpetrators of these violent crimes, here's an easy link.

SHUT UP CHUD IS THAT ALL YOU CAN SAY MOMMAS BOYS

NOW GO TO YOUR ROOM IN GRANDMAS HOUSE (CAUSE YOUR MOMS A CRACK WHORE) EAT YOUR HOT POCKET DRINK YOUR KOOLAID JACK YOURMEAT TO THE FAGS ON CNN AND SHUT THE FUCK UP!

^^^^Another repetitive yet redundant Republican heard from.