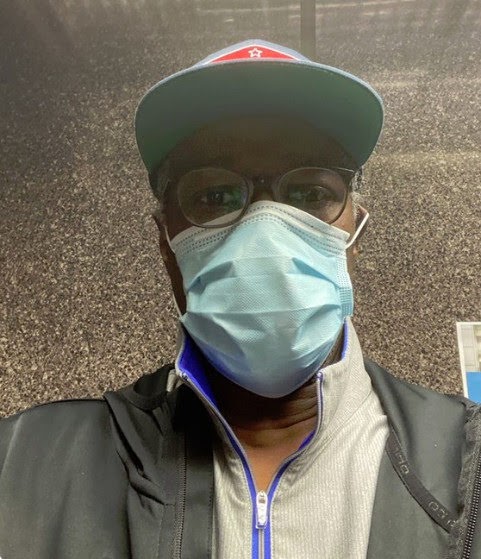 The debate over masks to help prevent the spread of coronavirus looks to grow even more intense upon the Kansas City reopen and more people going, hopefully, going back to work.

Clerks and security guards have been attacked by patrons who refused to cover their faces and a simple bit of gear has sparked intense feeling from both sides.

Accordingly, here's a sign of the times and a seemingly regrettable observation from a local power player . . .

A Tweet From Former Mayor James: "Was surprised to see so few people with Masks today other than at the grocery store."

In fact, even at some grocery stores we're seeing about a 50/50 mask to raw dog ratio as the relatively harmless low-risk gear becomes a sign of growing American political divisiveness rather than a unifying gesture of respect.

On this I have to agree with Sly.

No way that some jerk breathing all over me is good for public health in any circumstance.

Will they be wearing masks at the new airport and the new hotel he rammed through?

DIED OF CORONAVIRUS BUT OWNED A LIB!!!

Good for you, you tell 'em!

Mask and the six foot rule is a HOAX You need twenty feet And a triple mask This virus stays in the air for over ten minutes. They want to give you a false sense of security. PEOPLE IN better shape will be O.K.If you are over weight eat junk food every day Health problems drink a Twelve Pack,a day .YOU will have a difficult chance of surviving.

Retro Rocker: The cheap masks are to prevent YOU from giving it to someone else. If both parties are wearing them, there is less chance of spreading it to one another.

When Sylvester sent out Tweety for some liberal political posturing, the overwhelming response was that the cat should have stayed in his bag!!!

9:11 if you can get the virus wearing a mask then you can give the virus to someone else while wearing the mask, damn you’re stupid.

Nobody likes you Karen so shut up.

What concern is it of bow tie the clown sLIE? Not his job or place to complain about anybody after what he did to the city and the taxpayers.

He’s completely clueless, what makes him think anybody cares about him or what he says.

and, oh, it shouldn't be a political issue.

there are plenty of boomer magasters wearing masks, as well they should.

Sly should stay home if he's afraid of the non-mask wearers. I see people touching their phones, which some research shows are 10 times dirtier than a toilet seat, and then touching their masks or products on store shelves before putting them back. Just don't cough, sneeze, spit when you talk near someone else, or get your germs on what others are about to touch and you've pretty much stopped the spread of the virus as much if not more than a mask would.

social-distancing only means a huge second wave and an economic depression.

That photo is actually Sly's best look.
He should plan to wear a mask permanently as part of his "wardrobe".
Can't someone please tell him that he's yesterday's news?

The look of a crook!

80% mask wearing would be enough to bring the R-naught below one, and that level of transmission means the virus dies out. before we do.

masks are not forever—just until a vaccine or treatment is discovered.

want to be defiant? wear a MAGA mask! but please just do it in public places.

Brits will be giving shots in September, meaning a vaccine could be coming soon.