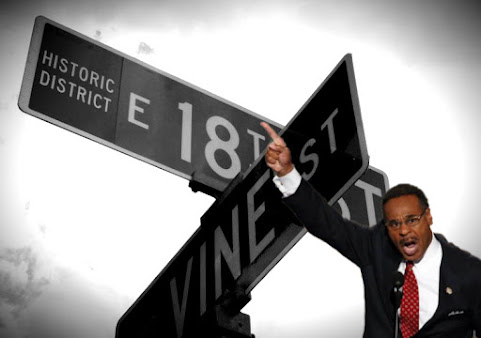 Quick note if only to highlight just a bit of cooperation across the aisle and the curious math that hasn't helped Kansas City's budget so far.

(Washington, D.C.) – Today, United States Representatives Emanuel Cleaver, II (D-MO) and Roger Williams (R-TX) led a bipartisan effort to support the live entertainment industry, which has been devastated by the COVID-19 pandemic. In a letter to Congressional leadership, Cleaver and Williams, along with 91 other members of Congress, called for a targeted legislative action to support the industry as Congress continues negotiations on the next emergency relief bill.

“Live entertainment venues were among the first to close as the coronavirus seeped into our society, and, sadly, they will be among the last to fully reopen to the public as we seek to stem the spread of this deadly virus,” said Congressman Cleaver. “Kansas City is well-known for its jazz bars and live music venues, which are a critical driver of our local economy, as they support musicians, event workers, and small businesses in surrounding areas. One study estimated that for every $1 spent on a ticket, a total of $12 in economic activity was generated, showing just how important these venues are to local economies across the nation. I’m proud to join Congressman Williams in a bipartisan effort to support these venues in their time of need and hope we can bring them some relief in the next stimulus package.”


“Live music serves as a cultural hub for communities across our nation, especially right here in Austin, Texas. As businesses have had to close down due to government mandates, it has become clear that independent venues will be some of the last to reopen and return to normal operations. The venues play a crucial role in our societal identity while generating billions of dollars into our economy and supporting local 25th District businesses – it is of the utmost importance we provide relief for these pillars in our communities,” said Congressman Williams.

You can find the official letter with a list of co-signers attached.
#########

Did he really just say that the jazz district brings in revenue to the city? With a straight face? He’s a liar, the jazz district loses millions of dollars a year and this really comes off as trying to keep his friends on the jazz board paid. The jazz district needs to be shut down because it’s not an essential business and it’s always taken money away from the real things that need fixed throughout the entire city. CLOSE IT DOWN FOREVAR.

In this Age of the Unenlightened, Congressman Carwash transcends the idealism of intelligent public service and probes the bounds of ignorance!!!

what does archer say?

Rexie is having a meltdown in his basement, or is he at his gas station, I dunno

I see Dr. Archer is auditioning for a remake of the 2001 Jake Gyllenhaal movie "Bubble Boy." It's going to called "Bubble Grandpa II: Revenge of the Overzealous No-Good Medicine Man."

That’s supposed to say funny and true, I have know idea what happened!

Jesus Christ, “no idea” wtf is wrong with this damn computer!

I don’t see where he mentioned the Jazz District

Anytime the cleave asks for money it’s a given its for the jazz district, he doesn’t get money for anything else besides the fat fake revs.

Cleaver needs to support getting "The Paseo" signs reinstalled. Voters voted on this many months ago and the city is dragging their feet and avoiding doing what the people voted for.

This bipartisan bill brought to you by the mega rich AEG Corporation! You would think the Reverend would be more concerned about keeping churches open!

The cleave sold his soul to the devil once when he forced the jazz district down the taxpayers throats so him begging for more money for his friends isn’t unusual for his lyin crooked ass.

Jazz like the Clev isn't dead, it just smells funny.