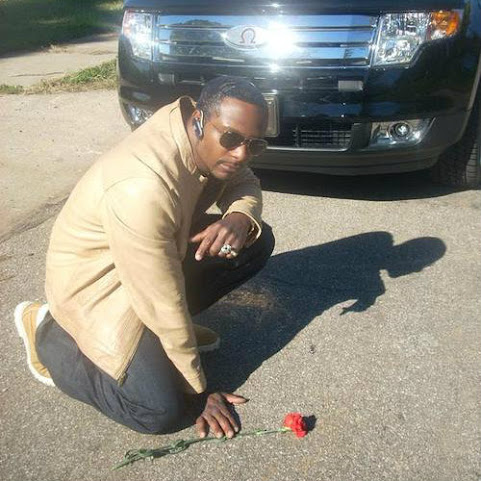 Activist Alonzo Washington is encouraged to see more people reaching out to him and helping to fight crime amid the current pandemic.

A recent statement from the prolific local crime fighter:

"I have been getting tips on murders on a daily basis. Many of the recent homicides that have been solved in the city have come from my tipsters and tips that I have submitted directly to the police department. I’ve also have been talking tipsters into calling the Tips Hotline. Unlike taxpayer funded anti-crime groups who have disappeared & have been useless during this Covid-19 outbreak, my crusade has been strong."

This isn't just braggadocio from the activist, check his social media stats and notice that his private groups have increased their numbers significantly during the lockdown.

Moreover, Mr. Washington's crime fighting efforts via FB hit critical mass this week when he was FIRST in the metro to release this photo of a suspected gunman at the Cold Storage Lofts: 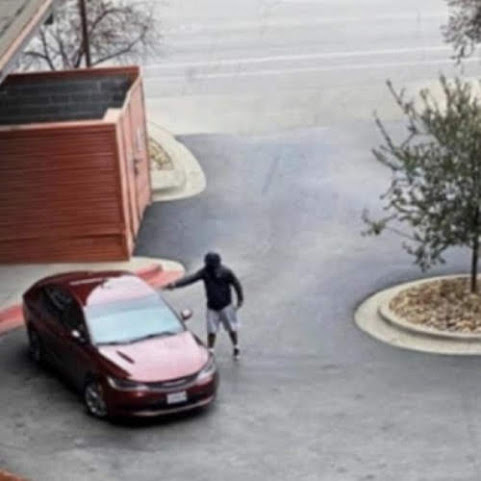 This IMAGE HAS NOW BEEN SHARED THOUSANDS OF TIMES VIA SOCIAL MEDIA along with the hope for justice in the recent KCMO homicide case.

Meanwhile, armed with only a phone, a drone and an army of supporters. Alonzo Washington has encouraged more local participation in the fight against crime than any other resident in the metro.

the cold storage lofts used to be nice but have become dangerous over the years.

Never invite your dealer over to your house. Not during a pandemic. Never.

Why don't Alonzo and "tipsters" use that same energy to encourage young black men to get jobs, support their families, plan for the future.

Alonzo is impressive. I am impressed and have been. Two things need to happen, because Alonzo can help and is helping. The media needs make peace with him and he needs to also take that Liberty Memorial size chip off of his shoulder. He now has himself ostracized but the man gets info. Work with him. Pay him. Jesus.

Our laws are in place in this city. There's nothing wrong except the fact that our justice system is to blame for the crime in our city. The justice system is failing the people, and the justice system is not doing it's job for the citizens but is causing crime and problems. The police lock these people up and the system puts them right back out on the streets and the police take the blame. Heaven forbid they knock these guys down, but it's OK for the thugs to come after you.

Alonzo Washington needs to fight the system that's where the problem is.

It seems like Alonzo has a passion for solving homicides. Not just in KCMO, but WYCO and JOCO..Sure he points out disparity but the man has skills and sources. Does he have an attitude.. yeah. So do most successful people. Embrace Alonzo. The detectives check out at 4 pm.. he still goes.

Instead of having a little group of clueless recent J-school grads write articles about "gun violence", the Star would be much better advised to give Alonzo some space to share his insights, ideas, and recommendations. Right off the street.
We already know the "outcomes" of the Star "investigation" and they will have nothing whatsoever to do with either the reasons for the homicide rate in KCMO or any serious recommendations for reducing it.
As for the other fake "anti-crime" nonprofits. They done nothing but suck up millions of tax dollars over the years and desperately change their activities to try to justify their existences.
Ad Hoc is celebrating Brooks' 88th birthday.
Aim4Peace is handing out face masks.
And nobody has ever figured out what in the world operations like the NAACP, CLC, and especially, the Urban League do.
Let's get real!

Maybe BLM should address the real problem. As really it doesn't matter to them.

Alanzo Washington is a clown looking for attention. F him.

^^^ Maybe but he's out there trying to solve murders. What have you done for anybody but yourself? Loser.

Why don't you instead white flighting to your mom's Lee's Summit basement?

What? He's an attention whore moron with a bad haircut.

Reading these comments it occurs to me that many of you make the same statements if you couldn't do so anonymously.

Alonzo, do us a favor and find the killers of Harry Stone, Jonathan Porter and Jeffery McDonald, all killed in black-on-white hate crimes.

"Activist Alonzo Washington is encouraged to see more people reaching out to him and helping to fight crime amid the current pandemic."
Alonzo goes after TIPS money. He is a total numbskull and con man.

When will the shootings of 7 people at the Horseless Carriage Auto sales at 16th and Minnesota, in KCK be solved? I bet that killer has not stopped killing. I wonder how many others he has killed. Nobody cares and nobody is looking for him.