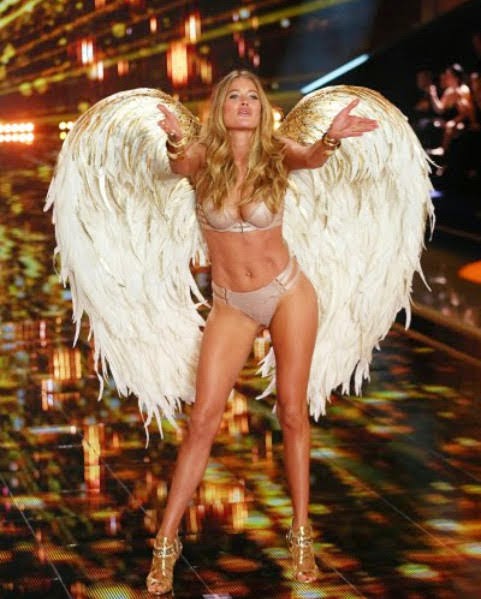 Blog note for our most dedicated denizens of the Kansas City discourse and a bit of TKC generosity for our community of readers, scumbags and digital roustabouts who aren't nearly as classy as global ambassador of hotness Doutzen Kroes.

First of all, this month we explored an important axiom with this blog - Comments don't equal numbers. Most blogs and news sources have turned comments off and their traffic is just fine. This month comments were lower BUT site traffic is at an all-time record high because the COVID-19 lockdown has kept people desperate for anything vaguely resembling entertainment or information - Which, of course, pretty much describes this lowly corner of the cowtown Internets.

Here at TKC we remain dedicated to keep an open forum if only because every now and then there are really insightful replies that shed light on local issues far better than anything we've seen on social media. But, for the most part, it's just a lot of garbage . . . The comments are filled with trolls, plenty of failed journalists and even a few foreign and faraway visitors who don't have much insight on local issues. And, of course, the widely despised Byron.

Since we switched up comments earlier this month, we noticed that the number of replies have been mostly consistent with a slight decline. There have been a few complaints but most of them have been either vaguely threatening, only partially written in English or so random that they were ignored.

Today, a far more thoughtful note from a friend of the blog and a professional working in local media came through and convinced us that the result of the experiment was mixed. It seems that blogger.com embedded comments don't work well with IOS. That explains a lot given that most readers are broke-ass users of Windows & Android.

So TKC is returning to pop-up comments FOR THE MOMENT.

We expect the trolling among the regulars will rise but ease of use will be improve and for now that's most important.

Consider it a gift for so many deadbeats who act like they own the place even though they've never spent a dime here . . . But also, this little switcheroo offers yet another realization that things change, keep changing and sometimes move backwards -- An important Sunday night lesson for this coronavirus era of uncertainty.

The embedded comments were trash.

And there's no such thing as web standards.

It's OK. The unembedded comments are trash too.

"And, of course, the widely despised Byron."

My opinions are shared by millions of people, & are not just mine. For instance, my view of the Second Amendment is the same as Ruth Bader Ginsburg & Thurgood Marshall. So, saying I'm an idiot because of what I believe doesn't mean shit. It just means the name caller is an idiot.

Being "widely despised", on this blog, really means I'm a Liberal Democrat.

If I'm not welcome here, then delete my comment.

Byron, I'm a moderate Democrat and I've never been attacked as much as you have. Most of Tony's views are either wacky libertarian or progressive.

The reason you are widely despised is because you're a pathetic troll and you try to make every threat about you.

A new comment system should exclude you for the good of Kansas City.

Actually Ren, you're comming off as the pathetic troll here.

Still doesn't work for iOS but it's not the recent change that broke it. It's not worked for the better part of the last six months.

You’re still a retard, no matter who your beliefs align with.

Byron has the same view of gun control as Mussolini. Like him, he's a self-aggrandizing clown, and every time he comments he makes the cardinal sin, of being predictable.

@7:47 who else could we say exactly the same about?
At least Byron hasn't gone bankrupt six times and doesn't brag publicly about cheating on all three of his wives.
Don't know if he's dyed his hair orange though.
Don't know either if he stands around posing just like Benito (little Benny), mouth compressed, chin in the air, squinting, and with arms folded.


Well I'm a native of this city and troll or not is a matter of opinion. Widely despised Byron????? So True!!!!! He's a sick minded radical.

testing 123
this is Tracy

I tried all 3 formats from Chrome just now, and none worked--google name, name/url and anon.

Now this one is Mozilla. As google name.
And it appears it will go thru.

So, tONY--have you tangled with Chrome???

As for Byron, I would block him for two measurable and specific reasons, that still maintain your obsession with the First Amendment.
1. Not living in KC so not relevant
2. Overposting. (like the leads do on Nextdoor.com)

Why in the hell would you even consider forcing us to login to Google/NSA/CIA to begin with?

Byron stated, "my view of the Second Amendment is the same as Ruth Bader Ginsburg & Thurgood Marshall". So only people in their late 80's or who are dead share Byron's view.

He also stated, "So, saying I'm an idiot because of what I believe doesn't mean shit." Byron lied as nowhere in this post did anyone say Byron is an idiot.

Byron might be an idiot, but for sure he is a retard living fraudulently off the government.

I'm in Chrome and it works fine for me. But that's because I'm not a spammer troll like the rest of the commenters.

I had no issues with the old or new comment section. It was I hear for some harder to post but I didn't find it all the different than a lot of other blogs. I think the trolls hated it as it took more time to make geezer comments than before on every post.

Well, Im not a "spammer troll", Dustin. I may be alot of things, but not that.
Must be something else.
Thanks for signing your name.

and yet stupid dave, you still managed to post geezer comments. Weird.

^^ No he does not. You just hate him and all he stands for. To bad more like him and Tracy are not in charge of things.

^^and yet he does. Stupor dave doesn't stand for anything he hasn't seen somewhere else and tried to pass off as his own. Both of you two geezers don't even live in KC so you both should go elsewhere. Weird.