Courthouse debate over finances continues amid a global pandemic . . .

Just now, Missouri Auditor Nicole Galloway released her audit that calls out a few instances of questionable spending . . . The highlight isn't real estate deals that proved costly but vehicle allowances for Caleb's fancy truck that soured the rising star's relationship with most newsies and Courthouse denizens whilst putting him in lowered standing with the new administration as the relationship with the Legislature soured.

Still, the analysis of COMBAT doesn't seem to evoke any hardcore outrage in much the same way locals lament the KCMO murder rate but don't seem to want to hold elected officials accountable for it . . .

Update, without any paywall The Examiner has a great audit report: 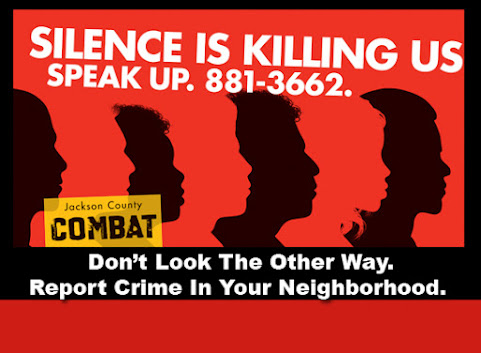 The response from the courthouse seems somewhat effective as it shifts blame after the Exec's administration lost control of the courthouse program years ago.

“Upon Auditor Galloway’s acceptance of the audit request on April 11, 2018, my administration has fully participated in this process to help her staff complete their scope of work, which will include more than one audit report. The first report focuses on Jackson County COMBAT.

“While my Administration has not been responsible for the oversight of COMBAT for more than two years, we support the recommendations by the state auditors and to the extent feasible, will work with all parties involved to assist in implementing those recommendations. My office’s direct responses to the state audit recommendations are included in the report issued today. I’d like to commend the efforts of State Auditor Nicole Galloway and her staff, whose hard work will ensure COMBAT achieves its mission of creating a strong, safe community.”

Just like new water tax increases. This is a renaissance for office holders.

Caleb's Chevy Colorado should have been something that was highlighted more.

Dem on Dem audits never really result in any change. You should know that by now TKC.

Galloway was a backwater county auditor with little experience when she was appointed by Nixon.

No experience as a Federal or State Auditor before her political appointment. No public accounting experience.

Cases of corruption and fraud have been submitted to her that she has chosen not to audit,

I didn't notice that she did a lot for Clay County either. These audits get built up in the media but don't result in much change.

So tens of thousands of dollars get spent everywhere to tell us what most of us already knew and have pointed out for years.

Fire all of them.

^11:24 much worse - she was just a county treasurer, a lame position with no discretion.

Galloway let us all down with this one. Democrats and Republicans. She is clearly not cut out to be governor.

This is just parlor politics. After the Frank White property tax debacle nobody wants him to stay in office. His election chances are toast.

Next time it comes up for a vote, no more COMBAT. We now find out that they've fucked over the taxpayers since it's inception.

Looks to me like he did a pretty good job of throwing the hot potato back on Jean and her pals. Weird.

Thots on the Clay audit:
"The whole audit effort was deeply political at the start. I am disturbed by the motivations of those driving the audit and Galloway's behavior. Most auditors quietly go about their work and in the end release an audit report. This auditor, Galloway, started off by grandstanding in press releases and interviews. She has made disparaging comments about the County, some commissioners, and staff. She has joined in with a group led by Jason Withington and Presiding Commissioner Jerry Nolte. Jason Withington is not held in high esteem by anyone except himself. He has no credibility in the community and has his own political ambitions.
It is an effort to drive two people out of office and make Nolte and Withington prosper politically. Although the results of an audit may result in findings that reflect poorly on people, including office holders, and even criminal charges, this should not be the motivation. Galloway should have recognized this and insulated her office from it. Instead, she has behaved very unprofessionally and she now has no credibility.

Print this TKC. Best comment of the day so far.

^^^^Thanks for checking in, Luann.

Frank White, high school education, Golden Glove baseball player.
Brother-in-law stole his professional athlete money.
After playing career was over, tossed a bone by the Royals, before a falling-out on bad terms.
Financial difficulties plague him.
Future federal inmate Mike Sanders and the Nutter family convince him to be their political puppet, for a financial rescue.
Independence attorney Ken McClain bankrolls the plan to save White's house from tax foreclosure, until he can get back on his feet.
Various schemes are concocted to enrich and reward the politically connected.
Frank White starts drawing a nice compensation package as County Executive.
His son gets a fabricated position with the KCATA.
Darryl Forte gets appointed as Sheriff.
Independence good-old-boy Democrat network remains in power.
Taxpayers get screwed.
KCMO/Jackson County dysfunctional Democrat-machine politics continues it's legacy.

"While my Administration has not been responsible for the oversight of COMBAT for more than two years..."

Frank White is so full of crap. He spent most of 2018 fighting in court trying to keep control over COMBAT. That lawsuit wasted over a quarter-million in legal fees. He fired a guy in 2018 who wouldn't break the law for him because Frank was still trying to spend the COMBAT money when he had no authority to. Settling that wrongful termination suit wound up costing us more than $700 grand.

Do the math. That's a million-dollars down the drain.

Please don't jail him until after the stimulus money, not before.

The two commissioners that the state “auditor” is after are moot. No law enforcement is going to take the audit findings and charge the three commissioners. They will be able to go after the remaining one and kick him out of office for approving the administrators’ability to process “official actions”. And yes the Nolte signed the commission resolution allowing Nicole to do official actions. So the audit folks who aimed at the two will get their hero. Friggin funny. In Platte, we comply with the law.