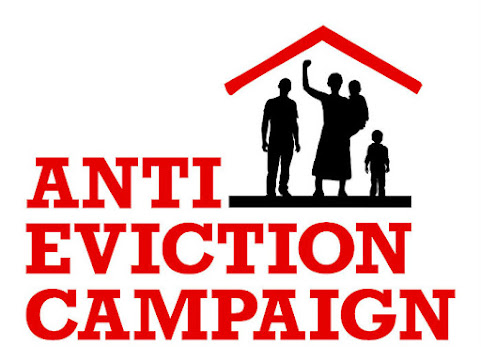 Kansas City MSM thrives on human interest stories in order to offer a glimpse of universal struggle during the pandemic, lockdown and subsequent economic hardship.

However, the sympathetic tone of the reporting ignores a far more militant and captivating aspect of the rhetoric espoused by groups like KC Tenants.

Here's a very balanced look at an upcoming financial crisis from both side of the housing debate . . .

KSHB: Tenants, landlords in tough situation as May rent looms

What has been overlooked is the far stronger language from protesters hoping to "CANCEL RENT" in order to rally their supporters. Remember, at the outset of this protest very real threats against some off-kilter old lady were leveled in a manner that sparked safety concerns for EVERYONE at a metro apartment complex. 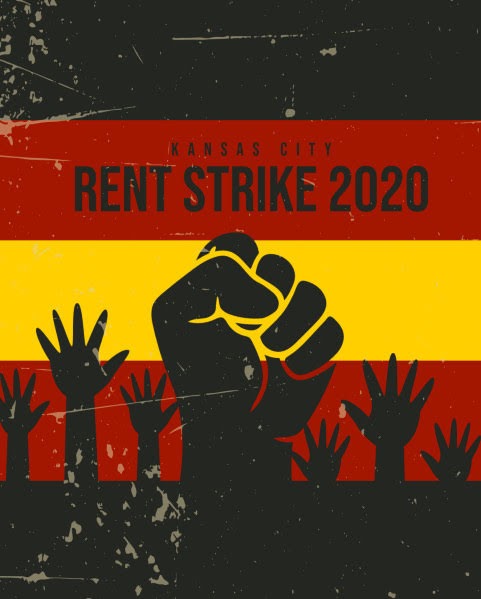 "Nothing will stop us from building power, expressing our rage, participating in joyous rebellion, and demanding what we deserve . . .

"May 1 is around the corner. Many of us couldn't pay the rent on April 1. Many more won't be able to by May 1. This [highway protest] is the first of a series of escalated actions we will take until we win relief." 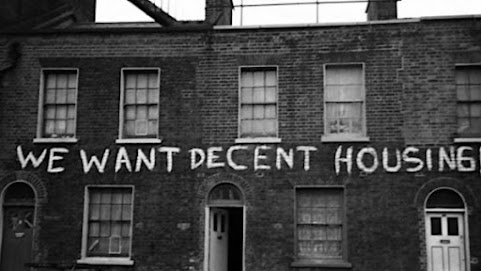 As federal and state funds are drying up and the decision to end the lockdown is more of an economic concern than public health declaration . . . The only thing we know for sure is that a desperate fight over housing awaits Kansas City as the social justice activists promise to take their concerns to the street and landlords/home providers can only rely on the strained and politically debated resources of authorities.

For many landlords it's too late. Tenant selection is really the key to avoid this kind of nightmare.

Anymore, it just doesn't pay to have middle or low income properties.

We're entering the era of subsidized housing for just about everyone who doesn't make over six figures. Good luck everybody.

....”demanding what we deserve”
Nobody deserves anything. You work for it. That’s why there are people living in the homes they’ve always wanted and people crying for free rent

Does that apply to all of the airlines and banks and bonds getting bailouts?

Because corporations getting millions worth of free money but the so called conservatives don't seem to be saying a peep.

^^^ don’t be a dumb ass, that’s not close to entirely tru, Jesus you people are stupid

This message is for those that lost a job.. If you are not working thru no fault of your own do not pay rent! Use whatever money you have for food and utilities. If your landlord works with you then great. Arrange to pay extra each month when you return to work. If your landlord becomes as ass, do the following:
1. Do not pay rent but save for your move to another place.
2. Avoid service as long as possible and make them keep rescheduling the court hearing.
3. Once you have the money to move then look for another spot. An eviction will not be on your record yet.
3. On move out day, destroy everything in the place. Walls, floors, roof, pipes, carpet, and windows.
4. Leave the place open for vagrants to come in and steal everything.

Methinks a "highway protest" isn't going to be in their best interests in this town.

Portland Oregon this is npt.

VisitKC is going to have a lot rooms to fill. Let them talk to them.

You will get free room and board for sure if you do all that. It's called jail, a place where real records take place that will screw you for life.

8:20 very bad advice. You do know landlord can come after you for beyond the deposit amount. Even if you never pay, it will hamper you chances at another pmace in the future. People like you will never own a house for the reasons you just advised others to do. Dumb ass!

KCPD would never investigate. The prosecutor would never charge. You’d have to have proof who did it. Leaving house unlocked and open invites anyone. FOH

Can’t prove who did it. No face no case!

I bet if you wrote t.v. Evangelist Joel Osteen a letter; Joel will offer to pay your rent. Reverend Osteen lives in a $10 million mansion and has a net worth of over $100 million.

Joel sez God wants him to be rich.

I was a KCMO landlord of 1 smaller house back 15 years ago. The people living there stopped paying rent, then they moved, leaving huge piles of junk. They also left many trash bags of rotting stuff. The inside was destroyed. So I took $5,000, hired a lawyer and sued them. Since they had no $5,000 to hire a lawyer they lost, as I got a default judgement for my full amount including MY ATTORNEY"S FEES. I garnished their wages and bank accounts for years till I had the full damage amount collected. I also placed a lien on their house, they could not refinance till it was released BY ME. And the court record of me suing them will remain as a public record forever. They screwed themselves. i was collecting the judgement amount plus interest even after I sold the house for a nice profit. Dont destroy other people's property.

If you destroy the inside of a rental house before you leave, saying it was unlocked won't do anything. The owner will just sign an affidavit that the house was locked when he found the damage, and you were the only one under the lease that was allowed to have a key. Police report will back it up. The Judge will ALWAYS side with the landlord. Judges have seen destruction many times before. They have heard all the renter's lies. Judge's will only consider renter's sides of the story if you do a walk thru with the owner the day you leave and both of you sign off on the property's condition. Photo or video of walk thru is great. Many Judges by the way OWN rental property or commercial real estate. They have been burned and always side with the landlord. Dont believe me? Try it. You might go to jail also. Landlord steals his own appliances and then blames YOU for felony theft!

There’s ways to destroy things without it being so obvious. Just make it look like the landlord didn’t fix things! Stopped up drain, leaky water heater, broken steps, cracked driveway....

8:20 you taking notes? These cases are pretty easy to win for the lanlord. Especially in Johnson County Ks. An hour of feeling good about your destruction will follow you for life.

It's low life scum like this that makes renting to low income people a heartbreaking and financial high risk investment. This kind of loser can't make it so he wants people that do to suffer for their degeneracy and stupidity. Karma is a bitch fool. It's coming for you.

Small holes in the roof, loose guttering, outlets shorted out, ,

I bet that's how you treat Grannys house while your smoking crack in her basement because you live there and mooch on her meager budget.

I don't understand the anarchy. Vandalism only proves that you are a vandal & therefore, like all criminals, an enemy of civilization.

Your landlord isn't your enemy unless you make him your enemy. It's supposed to be a mutually beneficial relationship.

Thank you. Most of us understand that the earlier advice to destroy was troll vomit with no relation to Kctenants.

Congratulations to the"destroy" troll who has exploited prejudice to successfully divert attention to a rare problem that has little relation to the issues at hand.

He said he's smoking crack in Granny's driveway not her basement.

Get off my lawn you damn kids!!!

^^^^ Hey dipshit, these aren’t normal times though. Hope you get the virus and die.

Then why the he'll, Sylvester, are you even wasting one second on deserve shaming poor people? Just trying to make sure that welfare for poors never approaches the shocking amount of welfare for riches?

6:00
You assume that I’ve never been poor myself. I have been poor most of my life, mostly because of dumb decisions on my part. In my late thirties there was a time I only had 1300 dollars and an old Buick. I lived in the car. It wasn’t until I re-evaluated myself did I actually look for ways to improve Nobody gave me anything. I spent a lot of time collecting beer cans on the hiway to make money and taking any job that I could. But eventually the right job came along and I started to save my money. I did all that while not “demanding” anything from anybody
It’s the idea that people can just get together and force someone else to take care of them I object to
We all know that there are people who truly need help, and there are people that are truly lazy to even try to help themselves

WE WANT DECENT HOUSING.. Spend the same amount you do on Housing as you did on the new Escalade and Dope.

Take a sledge hammer and make cracks in the driveway. Pour sludge down the drains. Dig down in the yard and crack the main sewer line. Back up the sewer in the basement.

^^^Too much like work. If they were that ambitious they'd have a job and wouldn't be behind on the rent.

Regardless, what terrible advice. It will be easy to get a money judgment against these vandals and then garnish whatever wages they earn for years afterwards. Not to mention that the judgment will trash their credit scores.

So, these people tearing up rental property are demanding decent housing? One thing never spoke of in schools is that some people never learn. Life is hard, it's even harder when you're stupid.

9:15 am ^^ Your mentality is their shared mentality for a majority free cheese fucks and why no one cares if they get booted in the street. Think like a Chimp, go back to the Jungle. An educate Person thinks on how to achieve, better and clean up their world. Obviously you are a dumbass that thinks Anarchy Achieves when the people don't want to. Ever seen a fuck like you clean up their shit in the hood? Or throw shit on the ground..case closed

As soon as the city passed that ordinance I am keeping my places vacant, not giving someone a free place to live and then have to spend my money to repair and get rid of them, not worth it,