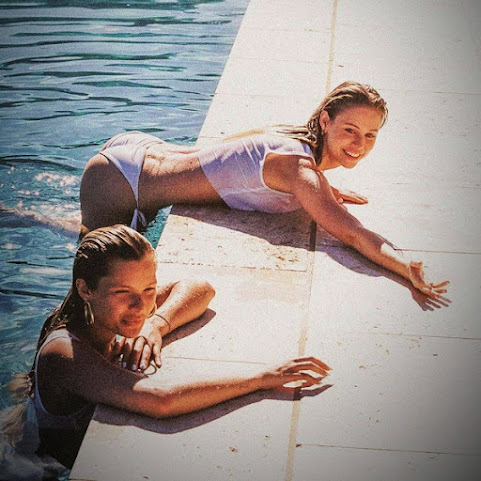 Josie Canseco (23) Scarlett Rose Leithold (22) break the Internets today with their promotional hotness as we take a peek at pop culture, community news and info from across the nation and around the world . . .

KANSAS CITY, Mo. - With businesses planning to reopen in the coming weeks, the Greater Kansas City Chamber of Commerce, along with several other civic agencies, put together a guidebook for them to follow . The three-phase approach is meant to help businesses integrate more employees inside the workplace while also managing customers who come inside.

Many people have something they are doing to pass the time to keep their sanity while in shut down mode for the COVID-19 pandemic. Some people go for long walks. Others are binge watching their favorite TV shows. For one Overland Park man, Star Wars is the inspiration for his distraction.


Not many rushing to reopen Sunday in Platte County

PLATTE CITY, Mo. - Not all businesses are eager to resume operations after Platte's County's decision to lift its stay-at-home order. New guidelines will be placed on businesses that want to restart operations Sunday. Like many restaurants and food services, Bee Creek Cafe and Bakery has been surviving on its take out orders for the [...]


Amid A Deep Recession, Trump's Polling On The Economy Is Beginning To Slip. Why Did It Take So Long?

As the U.S. grapples with a recession caused by coronavirus, approval of President Trump's handling of the economy has remained steadily positive in the last few weeks despite approval of other aspects of his job performance being underwater, though there are signs that is changing. The U.S.


Democrats Will Have To Answer Questions About Tara Reade. The Biden Campaign Is Advising Them To Say Her Story "Did Not Happen."

While Joe Biden has remained publicly silent about a sexual assault allegation made against him, his presidential campaign has sought to coordinate and unify Democratic messaging on the matter, advising surrogates earlier this month to say that the allegation "did not happen."

Americans may soon face a stark choice as more states begin to reopen their doors: Go back to work and risk catching the coronavirus, or stay home and lose unemployment aid. As governors allow more businesses and retail stores to come back online, employers will begin calling back workers who had been laid off or furloughed and were eligible for unemployment benefits.

The Navy will announce Wednesday that it is launching a broader inquiry into the circumstances surrounding the outbreak of the coronavirus aboard the USS Theodore Roosevelt aircraft carrier, effectively delaying the Navy recommendation that Captain Brett Crozier should be reinstated, according to two US defense officials and an official briefed on the matter.

US officials "haven't seen" North Korean leader Kim Jong-un recently and are watching reports about his health "closely", US Secretary of State Mike Pompeo has said. He also expressed concern that the hermit state could be hit either by the coronavirus outbreak or a famine.

KANSAS CITY, MO (KCTV) - On a regular Wednesday afternoon, the hallways of any school in Kansas City would be packed with kids, but instead they're all learning from home, which isn't that easy for everyone. One program is making it possible for every student in Kansas City to home-school.

Photo courtesy Boulevard Boulevard Brewery has launched a new initiative to help local businesses: The KC Pils Partners program. Beginning next week and continuing throughout the summer, Boulevard's KC Pils cans and bottles receive a makeover and will prominently feature the shuttlecocks from the lawn of The Nelson-Atkins Museum of Art.


Thursday will be mostly sunny, warm

Hide Transcript Show Transcript KANSAS, NEBRASKA AND WESTERN MISSOURI. NO RAINFALL, BUT DRY AND WINDY. WINDS, NORTHWEST FIVE TO 15 MILES PER HOUR. 55 BY 11:00 P.M. THOSE CLOUDS WILL START TO DIMINISH AFTER THE SUN LOWERS. LOW TEMPERATURES, 44, MARYVILLE. WINDS COMING IN FROM THE WEST.

"Amid A Deep Recession, Trump's Polling On The Economy Is Beginning To Slip. Why Did It Take So Long?"

Because his cult was not 100% sure the very stable genius was batshit crazy. When he told them to drink Clorox and stick flashlights up their asses, they began to have doubts about his ability to be the leader of the free world.

Polls don't mean squat. I recall when the polls said Hillary would win in a landslide. The Dems have tried too hard to get Trump out of office with ridiculous claims, losing every time because they weren't based on fact, but rather on dishonest chicanery. Independent voters have noticed this waste of taxpayer money to try to annihilate Trump without an ounce of honesty or truth behind it. The Democratic National Committee should pay back taxpayers for paying for this mockery of justice.