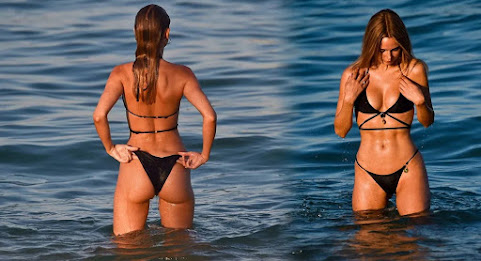 With respect to Kimmie hotness, right now we highlight the most important Kansas City community news along with pop culture and info from across the nation.

In response to the Stay-At-Home order issued by area counties and municipalities, Kansas City Area Transportation Authority (KCATA) in partnership with the City of Kansas City, Mo., will reduce transit service starting Sunday, April 12, 2020. Bus routes originating in Kansas City, Mo., will run on modified service with most routes using a Saturday schedule that will end at 9 p.m.

KANSAS CITY, MO (KCTV) - This pandemic continues to be a struggle for everyone, but even more so for those who were struggling with basic needs before the crisis hit. Now the gap is widening even more for people without the means to put food on the table or a roof over their head.

Gym Perks For Those Who Didn't Cancel Memberships

OVERLAND PARK, Kan. - Kansas City-area gyms are working to promote an active, healthy lifestyle for kids and adults during the coronavirus pandemic. Many are also trying to stay afloat. Andrew Stimson owns Front Door Fitness, which is a mobile personal training company in Prairie Village and Overland Park.

FORMER Made in Chelsea star Kimberley Garner knows the key to a good bikini is a good fit round the chest. The 29-year-old actress and swimwear designer wore one of her own creations from label Kimberley London as she paddled in US city Miami.

Acting Navy Secretary Thomas Modly resigned on Tuesday following an uproar over a profanity-laced address to the crew of the coronavirus-stricken aircraft carrier USS Theodore Roosevelt on Sunday, Defense Secretary Mark Esper announced. Modly submitted his resignation letter to Esper on Tuesday after meeting with his boss one-on-one, a defense official with knowledge of the meeting said.

CNN anchor Anderson Cooper had some harsh words for President Trump on Monday night, accusing him of "hijacking" his own White House coronavirus task force press briefing. "If you tuned into it hoping you were going to hear from the country's top scientists, you were likely disappointed," Cooper began.


Essential workers would get up to $25,000 boost under Senate Democrats' new "Heroes Fund" stimulus

Senate Democrats unveiled a proposal Tuesday that would boost the pay of essential workers on the frontlines of the battle against the coronavirus pandemic by potentially tens of thousands of dollars.


Joe Biden: We Cannot Delay Or Postpone The November Election

President Trump said he had a friendly phone conversation with former Vice President Joe Biden Monday about the federal response to the coronavirus pandemic. Speaking with TODAY's Craig Melvin, Biden said "we cannot delay or postpone" the November election, whether in-person voting is possible or not.

Private Parties Are The Future


Iron District: Support hungry vendors now - 'Container Club' party when this is all over

"It's the theory that people can purchase tickets now for a discounted price to generate some immediate income for the vendors," Rachel Kennedy said. "Then, there's a party at the end of all this to celebrate everyone obviously coming back out from their respective homes."

The last time we saw the Royals, they were in Arizona for Spring Training in preparation for the 2020 season. That might be the next time we see the Royals, too, if plans to have all games played in the Phoenix area under strict guidelines come to fruition.

April 7, 2020 To thank area first responders, healthcare professionals and essential workers for their tireless efforts during the COVID-19 pandemic, the Kansas City Royals, the Kansas City Chiefs and Sporting KC are joining many others in Kansas City and across the country to light national icons blue.

Hide Transcript Show Transcript THE POLLEN COUNT IS STARTING TO GO UP JUST A LITTLE BIT. 78 DEGREES IN THE NEXT HOUR. 75 AT 7:00. BY 9:00, THE WINDS DIED DOWN. LOW TEMPERATURES, WON'T BE THAT LOW AT ALL. 52 UP TOWARD MARYVALE. FARTHER SOUTH, MIDDLE 50'S.

News and view shouldn't leave much to the imagination. Thanks!

Poor anderson pooper, he can’t stand the fact that President Trump is doing really well, I hope he has a meltdown on national tv, that would be awesome to see!

Now the gap is widening even more for people without the means to put food on the table or a roof over their head.


Well gosh darn it we need to call Wickham James and get them to jump start the KCMO clown suit economy!

Queen Cooper is getting tough, isn't she? Wearing those spiked heels.
She'll break down and weep on camera soon. The bathhouses are shuttered.

CNN - Anderson Cooper's mother is from the Vanderbilt family that made their fortune off of slave wages paid to Italian, Irish and Polish immigrants breaking their backs and often dying on the job building the Vanderbilt's railroads, bridges and tunnels.

The Vanderbilts stole land from native Americans to build their railroads plus utilized Chinese laborers as slave labor as well. Now you have Anderson Cooper the financial beneficiary of his racist family policies calling President Trump a racist for banning travel from Communist China to save American lives. Typical lying, racist Democrat is Anderson Cooper.

Anderson Cooper is an elitist little bitch that grew up with a silver spoon in his mouth.

Jefferson Davis, President of the Confederacy, was a Democrat as well as the founders of the Ku Klux Klan.

Abraham Lincoln and the Republican Party defeated the Democrat Party slave owners and freed the slaves.

8:06 smokes crack. Yeah Trump is doing so well he just passed H1N1 death totals in a fraction of the time period...congrats. The drug he's peddling for us to "just try it, if you want, try it" has been pulled in Sweden and France for severe side effects. Good drug, congrats! The guy who surrounds himself with the best people just ran off another press secretary (who didn't even have a single press conference) and fired interim Navy Chief Tom Modly (a guy he claimed he didn't know - never mind he was hired because he donated money to Trump and sat DIRECTLY FUCKING NEXT TO HIM at the Army Navy game), again, I say Congrats! Fuck, that's so much fucking winning and that was just the last two days!

You want to see a meltdown on national TV, it happens every day when dumb dumb does his pointless fucking pressers. Someone dares, has the fucking gall, to ask him a question that doesn't amount to some OAN reporter kissing his big fat fucking ass.

Put the fucking kool-aid down man. This guy is a shit show, end.

^^And you are wrong. Weird.

Stop. You're getting me all hot.

Anderson make another video where he simulated doggy style by Madonna again ? Now that's a real man's man right there.

Could not have happened to a more deserving asshole.

I'm just gonna reply with "And you are wrong, weird" and I shall have won the argument. Carry on.

^^^And yet that's a much better counter than most of the posters above have made. Weird.