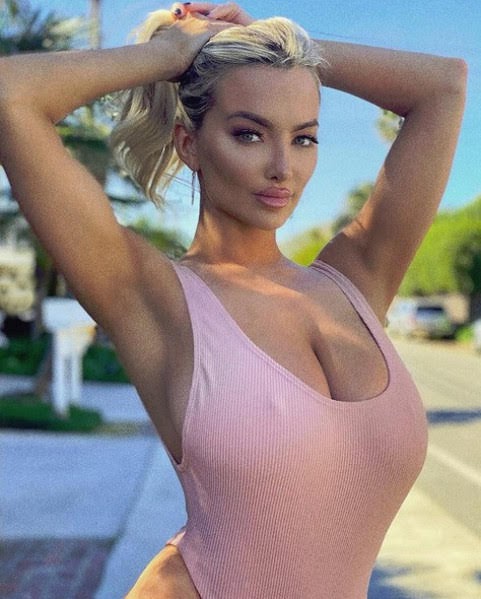 Even amid a beautiful afternoon there's far more than a handful of pop culture, community news and important info to share . . . Here's a peek at some of the topics we're gawking at . . .

When the University of Kansas decided to finish the year's classes online last month because of the COVID-19 crisis, Josh Marvine was crushed. A film and international studies double major, he had become deeply involved in the school's Film Club and was looking forward to working on some new projects.

KANSAS CITY, Mo. - One person was killed and another seriously injured in a house fire in the 8000 block of South Benton Avenue early Tuesday morning. Crews were called to the scene just after 4:10 a.m.

It's a busy week ahead, and it's not all about the coronavirus outbreak. You've seen protests against stay-at-home orders in other cities. Now they're coming here. A demonstration is set for noon today in Kansas City.

Lindsey Pelas stunned in her newest sexy upload, much to her 9 million followers' delight. The model wore an elaborate, cream-colored bodysuit that showcased her derriere. Lindsey had her back to the camera in the sultry snapshot, turning her head to look at the lens. She gave some serious bedroom eyes.

President Donald Trump's immigration ban could be a big blow for the fast-growing US technology sector. A rising number of migrant workers, particularly from Asia, head to the US to work in Silicon Valley. Alongside Mexico, China and India now provide large numbers of the new working population.


'The risk is simply too high': Germany's Oktoberfest canceled due to coronavirus pandemic

Germany's Oktoberfest is canceled. Markus Söder, Bavaria's minister president, and Dieter Reiter, Munich's lord mayor, announced the news together Tuesday, citing the coronavirus pandemic as the reason for the cancellation. "It hurts, it's such a pity," Söder said, as noted in comments shared on the Oktoberfest website from the press conference.


Coronavirus very likely of animal origin, no sign of lab manipulation: WHO

GENEVA (Reuters) - The World Health Organization (WHO) said on Tuesday that all available evidence suggests that the novel coronavirus originated in bats in China late last year and it was not manipulated or constructed in a laboratory. U.S.

KANSAS CITY, Mo. - As school buildings are closed on both sides of the state line, school construction hasn't stopped. Center School District's new elementary building, Indian Creek, is still expected to complete on time. The new 60,000 square foot school is being built right next door to the current one.


The Voice's Casi Joy on her new single, 'Poor Angel'

Country music singer-songwriter Casi Joy might currently make her home in Nashville, but she's originally from the Kansas City area, where a childhood of singing competitions and young adulthood in rock bands like InLike prepared her to compete on NBC's The Voice. On the primetime show, she was counseled and mentored by the show's Blake Shelton.

Hide Transcript Show Transcript WILL HAVE FUN. IT IS A WAY TO HAVE FUN IN YOUR COMMUNITY WITHOUT PHYSICALLY BEING THERE. IF YOU ARE OUTSIDE, YOU WILL NOTICE THE TREE POLLEN. OAK POLLEN ESPECIALLY IS HIGH. THIS MIGHT BE A ROUGH DAY FOR ALLERGY SUFFERERS. THAT DROPS OFF BY THE WEEKEND.

All of these news stories about the origin coming from the Wuhan lab go into deep analysis over the virus not being created in a lab. That's not what the intelligence agencies are looking at though. The intelligence is focusing on a naturally occurring virus being released from the lab - either intentionally or unintentionally.

This is a huge deflection and misleading headline giving the Communist party of China a pass. The casual reader would read this headline and believe China is free from responsibility. Is this another Bloomberg news agency that is avoiding critical coverage of China?

Bing bing bing 1:52.....WHO wouldn't respond to a question about whether the virus originated from Wuhan but was willing and eager to say it wasn't artificially created? Can we say pandering to the Commies? Why do they pander to the Chinese scientists? A true investigation would hold their words and conclusions until a full analysis has been made. These bread crumbs are just supporting China's narrative that they are the responsible country and everyone else is to blame. Ridiculous.

Congrats goes out to the guy from TN who was selling chiefs gear! The NFL doesn't need that money copyright or not. Ha Ha Ha I hope he made a ton of money!

Do you ever leave your little bubble where everything is either good or bad, black or white? So, what would you have the WHO do in this situation? I'd like to hear your strategy. Because they have to toe a fine line between working with governments and regimes and having the door completely slammed in their faces with access to NO information. So let's sum this up in your little world, you call out China for all their wrongdoings and China says "fuck you, no more information or access" So now we're flying completely blind but hey, we got the truth out there. Next breakout, we're fucked because we have no access at all. Use some critical thinking.