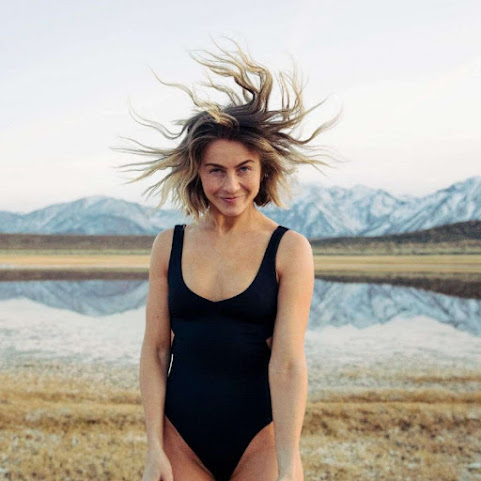 In this post, #TBT classic hottie Jules and her body of work inspire us to compile community news, pop culture and info from across the nation and around the world.

Press release from the Kansas City Police Department: April 15, 2020 Last week Community Interaction Officer Aaron Whitehead was alerted to a home in south Kansas City with trash all over the front yard in the 7800 Block of E. 107th St.

KANSAS CITY, Mo. - Two people have suffered life-threatening injuries Wednesday afternoon in a shooting in northeast Kansas City. Police said officers were called to 15th Terrace and Ewing Avenue just before 4:30 p.m. Details about what led up to the shooting, as well as any suspect information, have not been released yet.


For contractors and DIYers, home remodeling is essential during stay-at-home orders

KANSAS CITY, Mo. - Many people around Kansas City, Missouri, are working from home or are home and not working, which means they might have more time on their hands. In some cases, that is leading to homeowners jumping into remodeling projects while stay-at-home orders are in effect to prevent the spread of COVID-19.

Fill in the blank: Adversity is... "the parent of virtue," "the fuel of greatness," "the first path to truth," "the best teacher" or "the crucible of greatness." For the restaurant and hospitality industry, the saying "adversity is the mother of invention" has never been more apt.

They may not be essential, but strip clubs and lobbying firms are legal small businesses and now a handful of them in the Midwest are suing the federal government because they've been denied funds from the federal coronavirus stimulus bill, a report said Wednesday.

A drug that's been touted by President Donald Trump as a "game changer" didn't help hospitalized patients with coronavirus and was associated with heart complications, according to a new study.

The Labor Department reported more than 5 million new unemployment claims Thursday, hours before President Donald Trump will speak to the U.S. governors on guidelines for reopening the nation's crippled economy. U.S. death spiked to a daily high of almost 2,500, although the impact of a decision by federal health officials to include deaths "probably" caused by the coronavirus pandemic was not immediately clear.

They've faced divorce rumors for much of the year. And Julianne Hough and husband Brooks Laich have been self-isolating apart over the past few weeks. The 31-year-old dancer has remained in their Los Angeles home while the personal trainer has been exploring the outdoors in Idaho with his Husky, Koda.


German zoo may have to feed animals to each other

Zoos that should have been crowded in the sunny Easter holidays are now hard-up and asking for donations, as the coronavirus lockdown bites. A zoo director in northern Germany has even admitted that some animals might soon have to be fed to others, if the zoo is to survive.

Off Season On The Cheap


Kansas City Chiefs NFL Draft Preview: How A Championship Roster Can Get Even Better

After their Super Bowl LIV victory, the Kansas City Chiefs' mantra is to "run it back" and repeat as NFL champions. To accomplish that objective, they have retained much of last year's roster, re-signing several free agents, including Demarcus Robinson, Mike Pennel and Bashaud Breeland, to affordable one-year contracts.

Hide Transcript Show Transcript TOMORROW AT 10:00 ON THE KMBC FACEBOOK PAGE. THOUGH I'M TALKING ABOUT WINTER RIGHT NOW. THIS IS A WINTER STORM WARNING. PLACES LIKE PRINCETON AND CAMERON, MARYVILLE AND TRENTON COULD THE FOUR INCHES TO 10 INCHES OF SNOW.

Classic dancers still "keep it tight" as you often say TKC. Thanks!

I'm fully expecting a barrage of "fake news" proclamations from Trumptards pissed off that the drug trotted out by our dipshit in Chief is not helpful.

It might be helpful for your TDS. You should try it.

Well. two different studies, one in Brazil and one in France, have now both determined that Hydroxychloroquine is not only ineffective on Covid-19, but causes heart problems in those that take it.

The heart problems have long been noted by the FDA as something that must be continuously monitored in American patients being treated for Malaria.

Meanwhile in the US, there is ONE case of a
n MD who claims to have successfully treated a patient for Covid-19 with this drug. The problems with the doctor's claims are that he will not identify the patient, the patient was not tested for Covid-19, and the doctor, like the President, is also a shareholder in the only firm licensed to manufacture and distribute the drug in this Country.

Time for a barrage of denials and conspiracy theories, including a join "investigation" by Breitbart News and the Epoch Times, isn't it?

People need to wake up to this new "Pay it forward" business plan. There is no sacrifice on their part, they get you to pay full price for someone else. They lose no profit margin. What are they donating? Why not pay it forward with an establishment willing to donate their price point and partner with you. Partner with a business who is willing to discount the food going to the same hospital workers can increase your purchasing power and help even more!

Nevertheless, both "studies" were small in number, whereas, the doctors actually treating patients and no dog in the fight say:

An international poll of more than 6,000 doctors released Thursday found that the antimalarial drug hydroxychloroquine was the most highly rated treatment for the novel coronavirus.

The survey conducted by Sermo, a global health care polling company, of 6,227 physicians in 30 countries found that 37% of those treating COVID-19 patients rated hydroxychloroquine as the “most effective therapy” from a list of 15 options.

Of the physicians surveyed, 3,308 said they had either ordered a COVID-19 test or been involved in caring for a coronavirus patient, and 2,171 of those responded to the question asking which medications were most effective.

Don't worry this is not the first time or the last time CNN will subject to to one sided news stories:

A CNN report received widespread criticism after it repeated Chinese propaganda and cited a Chinese state media outlet as its source.

Elon Musk called out CNN for erroneously reporting that more than 1,000 ventilators sent by Tesla to California hospitals hadn’t been received while expressing his surprise that the news network “still exists.”
Musk responded by tweeting, “What I find most surprising is that CNN still exists.”