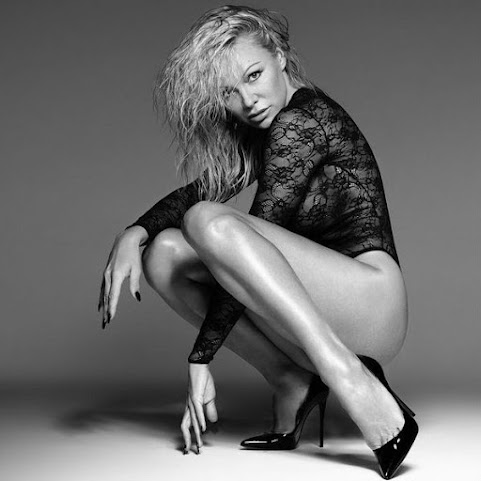 Longtime hottie Pamela is still sharing her iconic sweetness now into her mid-50s and she inspires us to gather this collection of pop culture, community news and info from across the nation and around the globe . . .
Cowtown Must See TV


Clever Sitcoms With Kansas City Ties You Need To Be Binge-Watching! - In Kansas City

Well, it would appear that we're all hunkered down for another few weeks. Time to continue our brigade of binge-watching, yes? Here are some of our fave, mindless sitcoms that give you exactly 24 to 27 minutes of comedic relief. Oh, and each has a Kansas City connection.

The Heart of America Shakespeare Festival has announced it is postponing its summer production of "The Tempest" due to concerns related to the coronavirus crisis in Kansas City. The show was originally scheduled to run June 16 to July 5 at Southmoreland Park. Festival organizers announced Thursday that the "The Tempest" will be postponed until summer 2021.

Many people in both Kansas and Missouri have had trouble getting their unemployment benefits during the COVID-19 crisis. A Missouri salon owner said she and dozens of stylists have been hitting roadblocks.Empty chairs are an unusual sight at Salon 152 in the Northland.

New questions are being raised over just when China understood the potential severity of the novel coronavirus outbreak in Wuhan, and how long the country's leaders sat on critical information that might have helped stave off a global pandemic.

President Trump on Thursday hosted phone calls with dozens of bipartisan lawmakers, including every Republican Senator except Mitt Romney. The Congress members contacted by the president would serve on a panel to discuss how to move forward with reopening the economy, called the "Opening Up America Again Congressional Group."


Lindsey Graham Throws Dr. Anthony Fauci Under the Bus on 'The View'

Sen. Lindsey Graham (R-SC) was ready to blame everyone but Donald Trump for America's coronavirus calamity during a Thursday morning appearance on The View. That included China, the World Health Organization and, most notably, Dr. Anthony Fauci.

The bodies of 17 people were found in a New Jersey nursing home on Monday based on an anonymous tip. Police officers in Andover were told that there was a body left in a shed at Andover Subacute and Rehab Center, the largest licensed nursing home in the state.


US megadrought 'already under way'

A drought, equal to the worst to have hit the western US in recorded history, is already under way, say scientists. Researchers say the megadrought is a naturally occurring event that started in the year 2000 and is still ongoing. Climate change, though, is having a major impact with rising temperatures making the drought more severe.

The Kansas City area's stay-at-home order, which recently was extended from April 24 to May 15, has many residents working from home for the first time, so many in fact that we had too many submissions for just one photo gallery. As with all new things, there are pros and cons.

Police in Lee's Summit hope someone can help them solve a case after several antique guns were stolen last week from the Lee's Summit Historical Society Museum.

Editor's note: The following is part of Startland News' ongoing coverage of the impact of Coronavirus (COVID-19) on Kansas City's entrepreneur community, as well as how innovation is helping to drive a new normal in the ecosystem. Click here to follow related stories as they develop.


Friday will be windy, chilly after rain ends

Hide Transcript Show Transcript YES, THERE IS MORE RAIN WHERE THIS CAME FROM. WE WILL NOT BREAK OUT OF THE RAIN UNTIL SOMETIME AFTER MIDNIGHT. WINTER STORM ADVISORIES. THAT IS THE PURPLE YOU SEE. 36 HIGHWAY. CLOSER TO THE IOWA STATE LINE, A WINTER STORM WARNING IN EFFECT UNTIL 7:00 TOMORROW MORNING.

Appreciate the mix if not the pictures. Pamela is getting a bit tired. Wonder if she should thing about retiring.

Was that the Chinese Lab that Hunter receives payments from ?

Romney is a prick.

Pamela taking the same pose that truck drivers are forced to take behind our building when told due to the virus they cannot use our restroom.

China lied and Trump was cheerleading their transparency. Working very hard together. Thank you President Xi! Much respect!

Trump gets rolled by dictators on the reg.

Only guy with any values. Kelly Loeffler is that stupid committee for chrissakes! Maybe Trump wants her for stock tips?

Wonder what Trump has on ol Lindsay?

The guy stole the guns in broad daylight? That takes stones. I hope the police use modern firearms to take down the antique firearm thief.