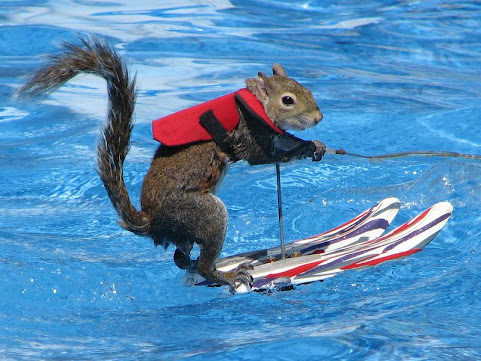 Thanks to some of the most KICK-ASS TKC TIPSTERS . . . Our blog community was FIRST to break the story of water rate increases at the outset of March.

A lot has changed since then, except the KCMO inclination to keep leveling fees on locals . . . Accordingly . . .

The reality is that KANSAS CITY AND THE REST OF THE WORLD IS IN THE MIDST OF A DEPRESSION but tax & spend elected leaders haven't adjusted their spending.

To be fair, there's a TEMPORARY hold on these ordinances for the moment but that's only because TKC READERS spoke up loud & clear. No other local news org reported this taxpayer threat that continues behind the scenes.

Here's a meme follow-up to TKC FIRST NEWS sent our way and worth a look right now . . .

Ordinances 200168 and 200169 will raise water and sewer rates 5% and 2.5% respectively on gross revenues. This raise in rates will not go to the water department to pay for the federal consent decree, which requires KCMO to address it’s decades long festering waste & storm water problem, nor will it go to the water department to pay for any other improvements, but rather, it will go to the city’s general fund to cover “other” costs. Remember the water department or rather the water utility is an enterprise fund-meaning the water utility is a stand alone entity wholly owned by our city but a complete separate entity. The water utility has its own staff; it’s own, buildings, its own legal, and compliance, accounting departments and issues its own annual report. While the water utility shares no services with the city -our city government charges it with a shared service fee of $24 million (calendar year 2018 & $20 million in 2017)-as stated above- there are no shared services. Considering the already high water rates and the economic peril our nation, state and city currently face, the city has no business pulling out over $20 million a year each and every year from the water department to fund downtown development ventures.

The Water Rates are extremely high already and the council should vote no.

These current high water rates are having an adverse financial affect on everyone but are greatly hurting those most in need. An astoundingly large number of residential users have had their water turned off because they cannot pay their bills. According to the finance office at the City’s Water Department, there are 153,000 residential users in KCMO of which:

It’s important to note that these are residences and serve numerous people per residence.

The situation throughout the city has become so dire that area public schools have through, The United Way, begun a program called Loads of Love. The United Way has placed dozens of washers and dryers in public schools throughout the city because so many of the students families can no longer afford water at home. When one volunteers at a food kitchen or pantry it’s astounding to see how many people are bringing in empty buckets to take a few gallons of water home with them again because the working poor cannot afford to buy water from the city.

Please call or contact Mayor & Council members: and ask them to vote NO.
#######

the scam never stops. You know that TKC.

You should also write in your post that the water department has been a notorious dumping ground for some of KC's worse employees at city hall. The amount of employees who simply don't work is laughable. What's worse is that those same employees are being paid not only to NOT work but to NOT work from home. There needs to be a real audit so then, at least there might be accountability.

^^^^ audit hasn't fixed much in clay county. just another way for the public to keep spinning their wheels.

In Kansas City, that's what we call: Momentum!

Actually, you need to blame Sly for this. He raised water rates three times during his 8 years and all of the resources were directed toward the downtown entertainment district.

^^^^ Nice. Somebody who actually knows what they're talking about!

Shouldn't be the water department, call it the KC slush fund.

Remember, the city council and the mayor gave themselves and a raise in the past year.

The slush fund is the general fund.

I only feel sorry for a select few in this case. A majority of KC residents voted with sly on the new water treatment up grade, without question on where your previous tax dollars were going. Then they turned around and voted for the GO Bond not doing the math and not thinking the new sidewalks and other infrastructure was going to big developers. Not to mention it's compound for 20 years. LOL one person argued that the bond would only go up $7.00 And these same people will turn around and do it again.

I got out of KC last year. To hell with all of you.

What a joke. All of you so-called conservatives want something for nothing. Sorry but the water can't be free just because you own a home and live in a nice neighborhood. This requires upgrades and constant improvements and service which KC Water has done. Over time costs go up. That is just standard inflation. But what is worse is I see nothing but negativity and complaints when in reality KC water has done an excellent job in maintaining important infrastructure during one of the biggest booms and development Kansas City has ever seen. We have upgraded and improved the system to be one of the very best in the Nation but you won't hear about that on this blog that seems to be dominated by people who don't want the best for our city. It's a shame really there is some good information on here and those ordinances might be accurate but they don't give a complete representation of the great work that the people in KC water are doing and continue to do to make our city best.

I wish I could join you and I will someday in the near future. This is a terrible, crime ridden City. I hate it here but I'm unable you leave at this time. Such reverse racism. Lazy minorities think they are owed something that they are not worth.

Go4KC is once again full of B.S. The biggest boom in downtown is at the expense citizens of KC with ever increasing sales taxes, property taxes and failed neighborhood infrastructure. No one voted for convention hotels and entertainment districts to paid for out of the general fund. It is socialism for the Greater KC Chamber of Commerce and capitalism for the taxpayers.

That is absolutely incorrect. When Kansas City re-elected mayor Sly James they endorsed his agenda overwhelmingly. People like clay Chastain had sought to object but you will remember that he did not even make it to the general election. And then the voters overwhelmingly voted for the new airport! Time after time and then won election after the next the voters have endorsed an aggressive agenda of development and building of infrastructure that goes along with it. It's only the citizens against virtually everything (CAVE) who want to derail our City's great progress as the best in the nation.

GO4KC- there seems to be a general distrust of the Council by a great majority of the City residents. It appears that the Council has mismanaged funds for pet projects in certain parts of the city. IE Linwood Grocery, 18th and Vine, Street Car,Jazz Museum and MLK renaming of the Paseo. I believe the 70% vote against the MLK renaming of the Paseo is what you would see in a vote relating to these other projects.

Sly's agenda of early childhood early education sales tax went down. The projects that were listed citizens did not get vote on. The airport is to be paid for people that fly not general fund money.

Sleepy Joe Biden be hide'in in the basement with his sister-wife !

the increase is coming later this month if voters don't speak up again.

The "maintenance" was a day late and a dollar short. KC MO deferred infrastructure maintenance for decades. The water bills were artificially low for decades. The feds sued KC MO and the end result was a $4 billion bill. The water bills are twice what they would be if the maintenance was completed in a timely manor. And as noted in other comments, the water bill should cover water and sewer and nothing else. The monies should not be mixed with other monies. And yes everything about the City of Kansas City is poorly managed. No free lunch... but you should get what you pay for.

Don't even try it council or you will all never be able to find another job again.