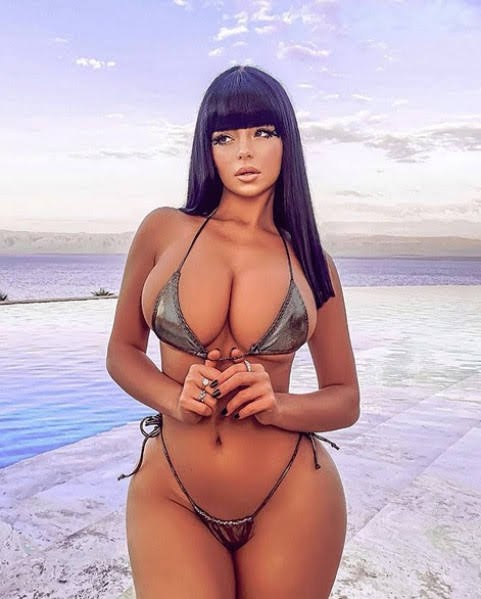 Inspired by Demi hotness in support of a somewhat controversial brand we take a peek at community news, pop culture and info from across the nation and around the world.

OVERLAND PARK, Kan. - With unemployment skyrocketing amid the coronavirus pandemic, some families are forced to figure out how to feed everyone, which, in turn, has local food pantries seeing the demand soar. On Saturday, the Overland Park Christian Church held a drive-thru food pantry with several volunteers outside to hand bags of food and other essential items into the cars of those in need.

Word Of Kansas City Hero Spreads Around The World

James "Dean" Masters spent the past quarter of a century watching over his corner of southeast Kansas City. The 75-year-old Vietnam War veteran was known to appear outside his neighbors' doors with a van full of food ready to give away. If he met someone without a home, he offered them his spare bedroom.

The Federal Trade Commission ruled that Fashion Nova is required to pay $9.3 million in settlement fees to shoppers for violating shipping and refund policies. According to the FTC, the company "didn't properly notify consumers and give them the chance to cancel their orders when it failed to ship merchandise in a timely manner," and the company illegally used gift cards in place of full refunds for unshipped orders.


Debacle of Trump's coronavirus disinfectant comments could be tipping point

For Donald Trump, it was the strangest and most news-making thing he could have done: instead of taking questions from journalists, dominating the nation's airwaves yet again, the US president gave a short pre-written statement and then stalked off the stage.

Newly surfaced video from 1993 appears to feature the mother of Tara Reade, a woman who accused presumptive Democratic presidential nominee Joe Biden of sexual assault, calling into a cable TV show to seek advice around the time of the alleged assault.


Plans to restart Canadian economy do not hinge on coronavirus 'immunity' levels: PM

WINNIPEG, Manitoba (Reuters) - Plans underway to restart the economies of Canadian provinces do not depend on presuming people who become infected with coronavirus develop immunity to it, Canadian Prime Minister Justin Trudeau said on Saturday. The World Health Organization said earlier that there was "no evidence" that people who have recovered from COVID-19 and have antibodies are protected from a second infection.


EU softened criticism on Chinese disinformation over fear of 'repercussions,' according to reports

European Union officials softened a report on disinformation surrounding the coronavirus pandemic in response to pressure from China, according to reports. Both T he New York Times and South China Morning Post claimed to have obtained original versions of the report, which each publication cited as more damning than the document published on Friday.

KANSAS CITY, Mo. - A metro doctor is stepping off the front lines of the COVID-19 fight to help a single mother find a home after an apartment complex reneged on her lease. Jessica Fulghem-Jarmon had signed a lease and was set to move into a Kansas City apartment on April 9 with her three young sons.

With the uncertainty of when or even if MLB gets a chance to play a 2020 season, here are four bold predictions for Salvador Perez leading into the arbitrary start of the Kansas City Royals' 2020 season.

If you think a mime is someone who is more expressive with their body language than their actual words, it might be confusing to meet Kansas City mime Beth Byrd-Lonski. She loves to talk. And laugh. And she especially likes to make other people laugh.


Some sunshine Saturday with highs in the mid-60s

Hide Transcript Show Transcript UPPER 40'S AND LOWER 50'S. THE SUN IS COMING OUT. IT IS WORKING ITS WAY TOWARDS MISSOURI AS CLOUDS WORK AWAY. THE LAST OF OUR RECORD-BREAKING RAINFALL IS FINALLY LEAVING. AN OLD RECORD WAS 132 YEARS OLD. I WANT TO DRAW YOU ATTENTION TO THIS LINE OF RAIN IN NEBRASKA.

Anyone with half a brain knows Trump was being sarcastic and it won't sway voters. But of course the democrats will take it literal. The idiots.

Why would any Republican vote for some guy who is joking why people are dying. If they were smart they would primary his ass.

More importantly Trump aimed that sarcasm at the fake news idiots in the room knowing that it doesn’t matter what he says or does it will get twisted into something outlandish because.... they’re morons who are bought and paid for courtesy of the Chinese government, look it up

What was said you fucking morons;
THE PRESIDENT: So supposing we hit the body with a tremendous — whether it’s ultraviolet or just very powerful light, and I think you said that hasn’t been checked, but you’re going to test it. And then I said supposing you brought the light inside the body, which you can do either through the skin or in some other way, and I think you said you’re going to test that too. Sounds interesting. And then I see the disinfectant where it knocks it out in a minute, one minute, and is there a way we can do something like that by injection inside or almost a cleaning, ’cause you see it gets in the lungs and it does a tremendous number on the lungs, so it’d be interesting to check that. So you’re going to have to use medical doctors, but it sounds interesting to me, so we’ll see. But the whole concept of the light, the way it kills it in one minute, that’s pretty powerful.

"Debacle of Trump's coronavirus disinfectant comments could be tipping point"

If you believe Trump was not being serious, you've been watching Fox News way too much. In the meantime, enjoy some real sarcasm:

He absolutely was not joking. He was dead serious and anyone with half a brain knows it.

^^^ You’re an idiot. Let me tell you something that’s been available for furnaces for about twenty years now, get ready you’re not going to like it but tough shite, UV LIGHTING HAS BEEN AND IS BEING USED IN FURNACES TO KILL GERMS AND VIRUSES. Also today the FDA is reviewing plans for UV lighting to kill viruses in the lungs.... ouch, bet that truth hurts you!

Looks like Katie's knockers are holding up quite well during the pandemic.

When the 2 old beachcombers found a sex-doll that had washed ashore, they agreed "We're in this together!!!"

Why do they bother doing that?
Why not just clean it out of their bodies by using the UV Light "either through the skin or in some other way" directly?

I know a "Stable* Genius" said it could be done, or at least should be investigated.

(*"Stable" noun, a location in which horse shit accumulates")

Anyone with half a brain is already a Republican and Trump supporter.
51% of a brain is the minimum level for sanity.

More like when a mudshark washed ashore the entire NBA rejoiced,without makeup and Instagram she is nothing.