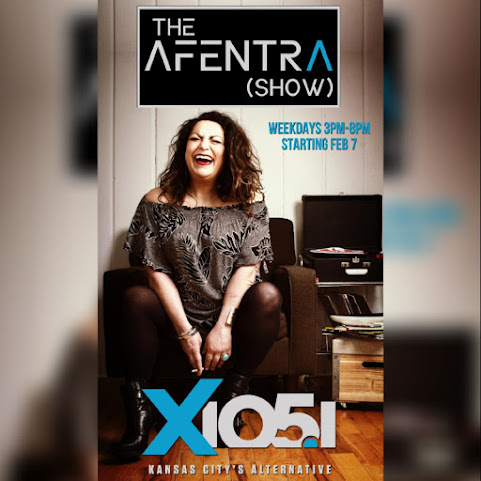 Bandokoudis sued Entercom Kansas City LLC in U.S. District Court in Kansas in late March, accusing the company of paying male on-air personalities like Johnny Dare and Scott Geiger, better known as Lazlo, much more than her despite her morning show “consistently outperforming” that of her male counterparts."

The claim that she "outperformed" her colleagues is rather spurious after she cost her company about ONE MILLION BUCKS.

Never mind her many failed career endeavors and unsuccessful restarts.

This terrestrial radio corporate slapfighting during the coronavirus shut down represents a bygone era when local jocks dominated the airwaves and KC culture. Meanwhile the NEXTGEN is more influenced by Internets & satellite options.

She doesn’t deserve a penny.

Whenever she was in the studio, she would take a massive dump and clog up the women’s toilet. Almost every single day. The plumber just knew what time to show up, they didn’t even have to call him.

She fucked up and like most women in the media will never ever admit so.

She is gone, off the airways and that is good.

She wasn't dismissed, her contract came up and she wanted way more money and the station choose to not renew it. Her claims won't stand up when it's been clear at the time and now the Buzz was suffering huge cash flow issues.

They made an offer for her services and she accepted. She could have said NO but she signed on the dotted line. Case dismissed. Just more bad PR for her.

Constipated? Ask your doctor about Afentra.

The Afentra, in most lower mammals, is a flap of skin that protects the anus as you see on this diagram.

Old people geezing about somebody they don't know. Pathetic. Gossiping bunch of bitches the lot of ya

Says the queer who misses that bitch.

Could you possibly be a stupider prick than you already are?

About the only viable source of income left. Lawsuits.

Go away afentra, you were annoying but we all tolerated you because you were married to lazlo

Apparently there are still a few fossils out there listening to and giving a shit about local radio.

Yet, you seem concerned just like a geezer. Weird.

Hmmm She’s paid less and gets higher ratings? Doesn’t sound like someone who would get fired.