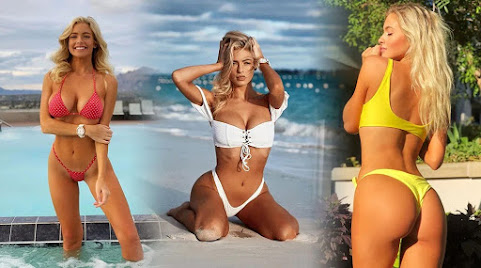 A quick peek at community news, pop culture and links from across the nation . . .


Salvation Army opens lodging to help get people who are homeless, sick with COVID-19 off the streets

KANSAS CITY, Mo. - Doctors advise people with less-than-critical cases of COVID-19 to stay home and recover, but there are lots of people in the metro who do not have homes to recover in. To help fix that problem, the Salvation Army is offering its Booth Lodge to house people who are homeless and who have tested positive for the coronavirus.

KANSAS CITY, MO (KCTV) - The paycheck protection program meant to help businesses and non-profits survive the economic hit from the coronavirus pandemic is out of money. The senate is hearing a new relief bill Tuesday that would add more than $300 billion to the depleted program.

Tragedy Down By The River

KANSAS CITY, Mo. - Police are working a death investigation after a body was removed from the Missouri River Tuesday night. First responders were called to a water rescue around 5:40 p.m. after someone at Berkley Riverfront Park spotted a body floating in the river.

In her latest Instagram post, buxom bombshell Hannah Palmer delighted her 1.5 million Instagram followers with a snap that showcased her sun-kissed curves on the beach. While Hannah tagged a photographer and videographer in the picture, she didn't mention where the swimsuit she rocked came from.

Senate Minority Leader Chuck Schumer said Tuesday that he believes a $450 billion relief package could be passed in the Senate as soon as Tuesday afternoon to help small businesses and expand coronavirus testing.

The head of the US Centers for Disease Control and Prevention warned Tuesday that a second wave of the coronavirus pandemic expected this winter could be deadlier than the current pandemic - even as more states push to reopen their economies and lift their stay-at-home orders.

The T-Mobile and Sprint merger isn't quite a month old, yet New T-Mobile already has a couple of big network announcements to share as a result of it. T-Mobile customers will now find 5G in more places, faster 5G using Sprint's network spectrum in select cities, and Sprint customers have access...

The city announced the Drive-Thru Overland Park Farmers’ Market will operate as an essential food provider from 8 a.m.-noon on Saturday at the Overland Park Convention Center parking lot.


Seven Days brings people together under 'banner of love'

OVERLAND PARK, Kan. - After losing her father and son in the 2014 Overland Park Jewish Community Campus shooting, Mindy Corporon has made it her life's work to encourage inclusion. "Information about faiths so that there isn't fear or hate. People understand and respect we are human first," Corporon said.


Reports: Rob Gronkowski to return to NFL as member of Tampa Bay Buccaneers

Tight end Rob Gronkowski is returning to the NFL, as first reported by NFL Network's Ian Rapoport. Gronkowski retired from the league in 2018 and sat out the 2019 season. Sources: Retired #Patriots TE Rob Gronkowski has told New England that he's interested in playing football again - and would want to do it with the #Bucs and QB Tom Brady.


Weather Blog: Rainy days ahead, but at least it won't be cold

FAIRWAY, KS (KCTV) - If you like change, you're going to love the next week of weather. We aren't talking about big temperature swings. No, the changes ahead have more to do with the sky. For instance, Tuesday afternoon featured impeccable weather with highs in the 70s.

It’s about time tony, a beautiful woman with a normal and amazing butt! Lol!

When Hannah mentioned that she was related to golf legend Arnold Palmer, I asked if she preferred a particular shaft. She giggled and replied, "If it's long and stiff, I can go the distance!!!"