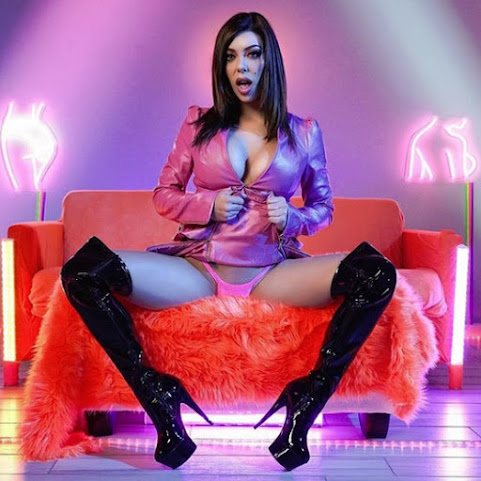 
Nick's Picks: Answering Your Questions During the Age of Coronavirus

Here's the week ahead in Kansas City to help you and your family manage this historic moment. Starting today, the entire state of Missouri is under a stay-at-home order. But don't expect to see much change in the Kansas City area, which has been living under those restrictions since March 24.

KANSAS CITY, Mo. - Some 300 employees from an international trucking company have been placed on pandemic sick leave due to coronavirus. XPO Logistics is an international company employing 50,000 people in the U.S. and 100,000 worldwide. After employees at the Kansas City, Kansas, facility complained of a consistent lack of cleaning supplies , a Philadelphia trucker contacted 41 Action News.

Lake Lotawana police want to know what happened to a 10-week old German shepherd puppy that was found burned late Wednesday night. The puppy is alive but it is facing an uphill battle."I usually go out there two or three times a shift," police Officer Tim Coen said.He said people frequently dump trash in the spot, but he was not expecting this."There's that frustration.

KANSAS CITY, Mo. - March started off strong for the Kansas City housing market, but within a few weeks, realtors started noticing some pretty big changes. Many realtors, like Hobie Reber, are now doing virtual showings. "People are a little bit more cautious, I've had active listings that they decided to take their house off the market temporarily," Reber said.

Monday would have been that day that NFL teams with new head coaches (the Cleveland Browns, Carolina Panthers, Dallas Cowboys, New York Giants and Washington Redskins) would have been able to open their offseason programs. The rest of the league - including the Kansas City Chiefs - would have started in another two weeks.


When are stimulus checks coming from the IRS? Deposit date and details explained

The Internal Revenue Service (IRS) will start directly depositing the economic impact payment-otherwise known as the stimulus check-directly into Americans' accounts for mid-April, around April 15. These first direct deposits will go to Americans who filed tax returns in the past two years and whose payment details are already on record.


Trump and 3M strike deal to bring 55.5 million masks a month to US to help coronavirus response

President Donald Trump said Monday that the White House and 3M "reached an agreement" that will bring more than 55 million masks to the U.S. each month, following a public dispute between the manufacturing giant and the president. "So the 3M saga ends very happily," Trump concluded at a White House press briefing on the coronavirus outbreak.

At the start of last month, Buffy Montgomery, 35, was a massage therapist by day, and a professional mermaid (officially, an "underwater performer") by night. By the end of the month, thanks to the COVID-19 pandemic, the Fort Lauderdale native was neither.


Hold On To Unwanted Clothes And Furniture, Kansas City - Donate Diapers Instead

Kansas City area residents who are doing their spring cleaning while under the metro-wide stay at home order will likely have trouble getting rid of their unwanted items. All of the organizations that typically take donations - Big Brothers Big Sisters, Catholic Charities, Disabled Americans Veterans, Goodwill, Jewish Vocational Services, Red Racks Thrift Store, Savers and the Salvation Army - have closed their offices, or are not accepting donations or scheduling pickups due to the coronavirus pandemic.

This Kansas City-based entrepreneurial ecosystem champion has been reaching out to and building relationships with a handful of local small business owners and entrepreneurs every day for the past few weeks in an ongoing attempt to find out what they need right now, as the COVID-19 pandemic drastically impacts the livelihoods of many.


The NFL is the least of our worries right now. Forget the anti American NFL. I hate them so damn bad.

I want free money too assholes, who cares if I made 6 figures. LAME

Gimmie some of that relief scrilla

Thank you for your patriotic donation.

The fist shipment of masks from 3M should reach the Hospitals starting on December 12th. Merry Christmas, Survivors!

So the on-line Pervs can look forward to a lot less "tease" and a little more "strip", right?

Competition is what made this Country Great!

Damit I want my stimulus check now, as I have this bitchin new tattoo me and my ewe want to get.