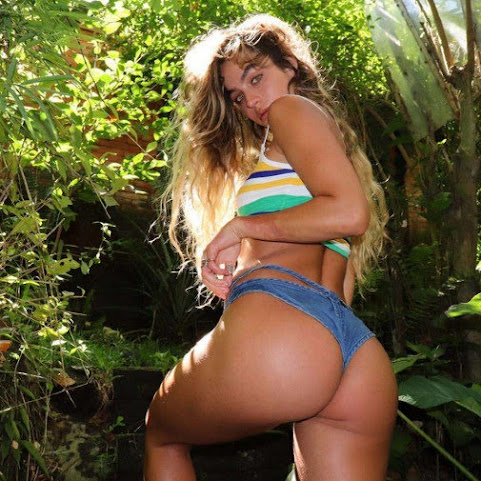 23-Year-Old Sommer Ray is a rising star of social media and right now she has inspires this update concerning pop culture, community news and info from across the nation and around the world . . .


Tips for job seekers amid the COVID-19 pandemic

KANSAS CITY, Mo. - Searching for a job during a pandemic can be overwhelming, but opportunities are still available in Kansas City. Dozens of employers are hiring in various industries, including health care, education, food and beverage, and banking. "We are really in such an unprecedented time right now," Jessica Palm, vice president and lead executive of Team KC, said.

Changes are coming to a coronavirus testing site after problems last week.Police are now working with a Lee's Summit, Missouri, doctor's office to avoid terrible traffic jams.Blue Lotus Family Medicine began offering drive-thru COVID-19 antibody testing and swab testing last week.So many people showed up for testing that it caused massive traffic congestion around the office and on nearby streets.Police are now working with the office to help alleviate that congestion going forward.

ST. LOUIS (KMOV.com) -- Officials with Missouri's Department of Social Services are working on a waiver to give Missourians on food stamps the ability to purchase groceries online. As of April 11, more than 307,000 Missourians filed for unemployed because of the coronavirus outbreak as businesses closed doors to follow a statewide stay-at-home order.

KANSAS CITY, Mo. - The Kansas Chamber has offered suggestions for re-opening businesses in the state. In its "Relief and Recovery Agenda," the chamber suggested that government agencies create guidelines that can help people return to work, including health metrics and protocols for a safe workplace.

Sommer Ray gave fans a new glimpse at how she's been working on her fitness while in quarantine in the latest video on her Instagram page. Dressed in a black sports bra and patterned shorts, the popular social media influencer started the vlog by telling her fans that she was filming at her home gym and getting ready for a workout.

As most Americans were preparing for their sixth week of staying at home and social distancing, President Donald Trump appeared at the White House Sunday night for one of his now-trademark coronavirus press briefings.


U.S. Supreme Court rules that jury verdicts must be unanimous

The Supreme Court on Monday ruled that the U.S. Constitution's guarantee of trial by jury requires a unanimous verdict in serious crimes, handing a victory to a Louisiana man convicted of a 2014 murder in New Orleans.

U.S. President Trump recently said China should face consequences if it was "knowingly responsible" for the outbreak

Coronavirus Crackdown Continues Around The World

The Chinese Communist Party and the Hong Kong government used the coronavirus pandemic as a "golden opportunity" to crack down on pro-democracy dissident, knowing that the arrest of more than a dozen activists would have normally seen people "pouring out onto the street to protest," according to one recently arrested political leader.


Where the Chiefs stand in cap space ahead of NFL Draft

Over the weekend, the salary cap site Spotrac reported figures for the recent contracts signed by Kansas City Chiefs players Demarcus Robinson, Bashaud Breeland and Ricky Seals-Jones. As previously reported, Robinson has a $1.05 million cap hit for 2020. As we expected, Breeland's deal will count $3 million against the cap.

Local Gift Of Life Needed Now More Than Ever

The Community Blood Center is asking for people recovering from COVID-19 to donate blood plasma to help treat other patients with advanced illness. The CBC said the treatment is known as convalescent plasma.

KANSAS CITY, Mo. - With COVID-19 shutting down much of the county this spring, dressing up for social events isn't a big priority. Many weddings, graduations and proms are either canceled or postponed, prompting one local businessman to pivot his bow-tie business. Jordan D.