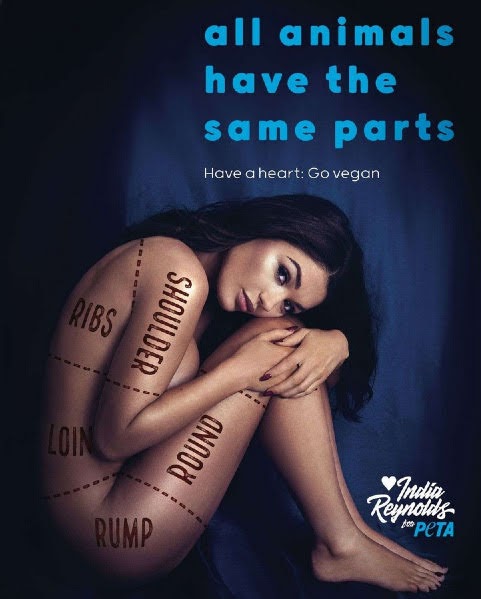 Hottie India is a longtime favorite of this blog and right now her newsworthy advocacy inspires a peek at pop culture, community news and info from aross the nationa and around the world . . .


For germaphobes, the pandemic is just another day fighting off germs: "I already do this stuff"

Kansas City, MO - Even before we were living in a pandemic, Kylee McAlister took germs seriously. Maybe too seriously, to those who would poke fun and snicker about her need for cleanliness. Now, she doesn't exactly call herself a 'germaphobe' but... her daily routine revolves around keeping germs away.


KC mayor Quinton Lucas gave the world his cell number, and he only regrets it a little

To the fine people of Kansas City: please stop texting the mayor invitations to smoke weed with him. And, yes. This is a thing that happens. Although, to be fair, Quinton Lucas should've known better than to post his personal cell phone number on Twitter, a very public website with more than 145 million daily users and more than 30,000 who follow him.

She is an avid campaigner for veganism. And Love Island star India Reynolds has taken her work up a notch as she has taken a starring role in PETA's new project to urge people to adopt a vegan lifestyle.

Never let a good crisis go to waste. President Trump is taking that approach, once popularized by Rahm Emanuel, in spades. By moving to freeze legal immigration -- and saying he's doing it to protect American jobs -- Trump is taking another dramatic step toward a base-first strategy to energize his supporters.

Trump's digital presence is significantly larger than Biden's on Facebook, YouTube and Twitter, a disadvantage that has made the discussions even more urgent. The Biden digital operation, which includes roughly 25 people, is also less than a quarter the size of the Trump campaign's 100 person-plus team.


Coronavirus pandemic 'will cause famine of biblical proportions'

The world is facing widespread famine "of biblical proportions" because of the coronavirus pandemic, the chief of the UN's food relief agency has warned, with a short time to act before hundreds of millions starve.

Mexico's president chastised drug gangs on Monday, telling them to end violence instead of distributing food after several reports across the country in recent days showed armed narcos handing out care packages stamped with cartel logos.

New York Rep. Alexandria Ocasio-Cortez deleted a tweet she posted Monday cheering the unprecedented crash in oil prices resulting from the coronavirus pandemic. Ocasio-Cortez celebrated it as a positive for the environment and used it to promote her Green New Deal - but her critics pointed out that companies and employees are being burned by it.


Kansas City Is Now Home to a BBQ Vending Machine

Frank Norton stands underneath the white pergola that extends over the front of Jones Bar-B-Q, a black mask covering the lower half of his face. It's a bit before 5 p.m. He's facing a classic dilemma: "What's for dinner?" A few weeks ago, Norton would have been out of luck.

KANSAS CITY, Mo. - The first wave of doctors and nurses from the COVID Care Force has returned to the Kansas City area after spending several days in the epicenter of the COVID-19 outbreak. "We landed in New York City, not knowing what to expect," Dr. Gary Morsch, founder of Heart to Heart International and Docs Who Care, said.

Today is a StormTrack5 Weather Alert Day. We are tracking a 60% chance for showers and a few thunderstorms today with a high in the middle 60s. Stay connected with

So PUTA is trying to get us to eat other parts of the body?

If Quinton Lucas is getting prank calls he deserves it the guy is an idiot.

Trump has more supporters now than he did when he began his term. After all the democrats are supporting China and the WHO. Want to blame someone for this virus blame the democrats they are behind this pandemic too. They have funded the labs in China for years. Doesn't take a rocket scientist to know why.

Cite your sources Pal - Trump's "popularity" has been dropping according to every poll, including Rasmussen, the one he constantly claims to be the most accurate.

And how are the Democrats funding labs in Chine? What is your source for that?

Everything you posted sounds (and smells)like more of the far-right mythology spewed out by Russian-backed Right Wing Conspiracy Pimps who keep trying to divide this Country.

You know, Trump's buddies in Russia and china who are now spreading the lie that the US developed Coronavirus around the World.

6:20: And the Big Bear said to the Little Bear, "Who's been sleeping in my porridge?"

I recall when all the polls said Hillary would be wiping Trump off the floor in 2016. Pollsters should be offering refunds for their horrible predictions.

Hillary was unpalatable for many moderate Republicans and other groups. Biden is not. The problem with pollsters back when Hillary was running is most only looked at national numbers. National numbers are worthless, obviously, given the fact that Hillary had 3M more votes nationally. Many polls, however, show Biden leading in many swing states. Not too mention, moderate Republicans are fucking done with Trump. The guy is a dumpster fire.

When the meat processing plant shut down, India lost her job as a visual instructor and began dancing at butcher conventions!!!

still amazes me the KCI POS site plan, how SOM came up with that is dumbfounding.
KCI will be a great facility, no doubt.

bunch of fckn lawyers fcked up the airport. Just terrible, politically rushed & half baked from the start. What is the traffic pattern when it is finished? A loop around the tower and views of asphalt where the other two terminals were or will it be more unused surface parking?

SOM your a bunch of fuckn assholes.

you're, for the late night spelling police.

No excuse either for squeezing out SPirit airlines either, the cheaper, new competitor of Southwest, which ain't very cheap anymore. What kind of airport facility squeezes out other airlines? Just couldn't figure out how to tear down two terminals at the start so dipshit SOM could have more space to build a better smaller airport? That's the plan right to rip out the other two terminals? Does any cocksucker at 12th and oak even know?
everyone knows that construction industry hates architects, ya couldn't hate on the architects and their design before ya fell all over one another to build a crap half baked scheme?

if the city is ripping out terminal b& C, tell me there was no way to THINK a little fucking bit and have phased construction that allowed use of the site of terminal B instead allowing a terminal that was going to be ripped out to constrict the new facility at site of terminal A, turning it into a awkward shaped fucked up POS.

if the city had taken the time to do a master plan for the whole facility, still believe it would have been feasible to reuse two of the terminals joined with by a center singular TSA area/shops/restuarants,with same walking distances as the new terminal. THe third terminal site? I duuno, a hotel, rental cars, livestock shipping, major cargo hub for the region, that's what the master plan is supposed to figure out before turning the facility into a political fuck fest for/of/by lawyers.

Oh sure KCMO fucks up everything it touches but this huge project will magically "be a great facility". We don't need it anyway. CANCEL KCI