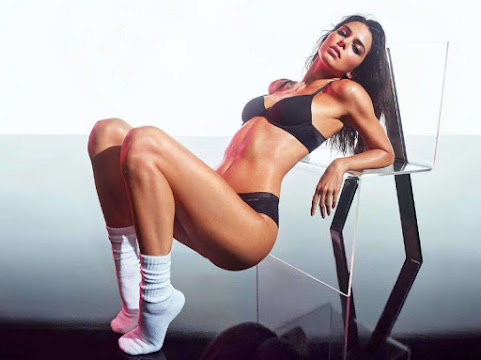 Inspired by big money Kylie promo hotness as her fam's longtime win streak continues this #TBT, we share pop culture, community news and all manner of local info from across the nation and around the world . . . Take a peek:

KANSAS CITY, Mo. - Kansas City has a special place in the hearts of many of its residents and, while the coronavirus pandemic is testing our community's resiliency, there is a future. Not only is there a future, but it's a future we can shape and influence.

KANSAS CITY, MO (KCTV) -- The coronavirus and stay at home order puts a strain on homeless shelters. The CEO of reStart, an organization providing housing and support services, said they are stretching their budget as far as they can to keep people sheltered.


Library partners with nonprofit to bridge digital divide during pandemic


After 6 months, Jackson County prosecutors have no decision on charges for deputy

Six months after Jackson County Prosecutor Jean Peters Baker said her office would look again at a 2017 shooting in which a sheriff's deputy killed a man at a Raytown Walmart, the prosecutor's office said it has made no decision.


Mizzou officials planning for in-person classes to resume in fall

COLUMBIA, MO (KCTV) - Students from schools and colleges across the country are learning remotely due to COVID-19, but one local university says it will welcome people back to campus this fall. In a letter sent Wednesday, University of Missouri - Columbia Interim Chancellor Mun Choi announced that in-person classes are expected to resume this fall.

Kansas Governor Laura Kelly Wednesday further elaborated on Tuesday's announcement that her administration continues to eye May 3 as the date to re-open business in Kansas. Kelly says reopening will be a gradual process, not as simple as "flipping a switch." She agrees with state health officials hoping to see a steady 14-day decline in new case numbers.

USA Out Of Work

Jobless claim filings continued at a historically unprecedented pace last week with 4.4 million new signups for unemployment insurance, bringing the total of the past five weeks to 26.4 million, the Labor Department said Thursday. The total represented a decline of 810,000 from the previous week, but the five-week sum has now surpassed all of the job gains since the financial crisis.

Donald Reed Herring, 86, died on Tuesday night in Norman, Oklahoma Warren, the Democrat from Massachusetts, confirmed his death on Thursday Herring, an Air Force veteran, tested positive for coronavirus three weeks ago Warren remembered her brother as 'charming and funny, a natural leader' In February, Don Reed was admitted


Trump prepares to hit the road

President Donald Trump is eager to hit the road. As his own health officials continue to warn against nonessential travel, Trump has privately urged aides over the past week to start adding official events back to his schedule, including photo ops and site visits that would allow him to ditch Washington for a few hours.

KANSAS CITY, MO (KCTV) -- The NFL Draft happens virtually Thursday evening. The coveted event will look a lot different this year and so will some of your celebrations. Typically, people host big parties to watch as the Chiefs get new talent for the next season.

Hide Transcript Show Transcript IT'S GOING TO BE VERY DIFFERENT THIS YEAR. HOW WILL IT BE WEATHER-WISE? NICK: IT'S REALLY GOOD. WE HAVE RAIN, LOW CLOUDS THIS MORNING. THIS IS TO THE SOUTH AND EAST OF KANSAS CITY OVER SEDALIA, WINS THERE, CLINTON WARSAW, DARKER SHADES OF GREEN AND YELLOW INDICATING A DOWNPOUR, I HAVE A POCKET OF RAIN WHICH WILL LAST -- A HEAVY POCKET OF RAIN WHICH WILL LAST.

billions of bucks for big butt family? That's not fair but it's the American dream!

Wow! And when she came to this country, she only had $2 to her name! Oh, wait. That was someone who really was self made.