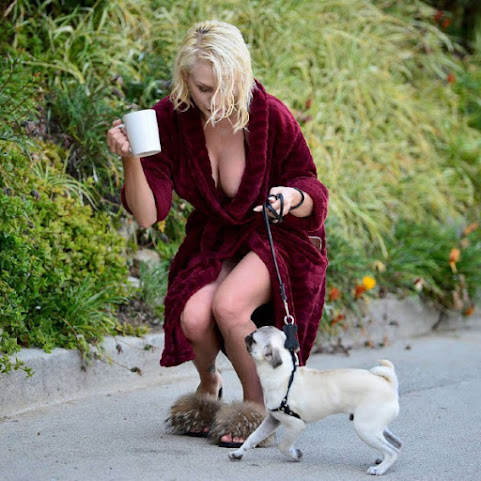 Quick news jaunt for day trippers looking to delay the return voyage back inside the house . . . Here's a peek at pop culture, community news and important info across the nation . . .

KANSAS CITY (KMOV.com/ KCTV) -- Currently, New York is the epicenter of the coronavirus pandemic and a Missouri nurse is answering the call for help. "The things that are killing people is respiratory failure and that's my specialty," nurse Lisa Nelson said.

Missouri Gov. Mike Parson extended all driver's license and vehicle registration renewals March 21 amid a flurry of other measures enacted by the state. Kansas Gov. Laura Kelly issued an executive order March 23, which provides for a similar extension of deadlines during the COVID-19 pandemic.

OVERLAND PARK, Kan. - Overland Park police are investigating a crash that happened Sunday morning near West 75th Street and I-35. According to police, the driver was heading south on Frontage Road and hit a curb. Then the vehicle traveled a few more block before eventually coming to a stop.


Courtney Stodden Cleavage in Risque Robe Out in Los Angeles


Peter Navarro on his qualifications to disagree with Dr. Anthony Fauci on coronavirus treatments: 'I'm a social scientist'

White House trade adviser Peter Navarro on Monday said he was qualified to engage and disagree with Dr. Anthony Fauci on the use of an anti-malarial drug as a coronavirus treatment -- which is not yet proven as effective -- saying, "I'm a social scientist."


Stocks are set to jump, with Dow futures pointing to 900 point gain


Falling through the cracks: Many Americans won't get coronavirus checks

WASHINGTON - For millions of Americans awaiting coronavirus cash, help is not on the way. Although the $2 trillion stimulus bill passed last month includes payments of up to $1,200 for everyone who makes less than the limit, many Americans will fall through the cracks.


A Century Ago, One Kansan Showed The World How To Fight Pandemics

If Samuel Crumbine were alive today, he'd recognize the precautions that Kansans are taking to limit COVID-19. There's little doubt he would approve of the closing of schools, theaters and restaurants. He would worry about Kansas hospitals and wonder if their staffs are prepared for a crisis.

For women working in Missouri, the biggest "show me" challenge is about money. For every $1 that a man earns in this state, a woman makes just 78 cents, according to a recent study by business.org. The consumer website used data from the American Community Survey, which looked only at the median earnings derived primarily from job wages and salary.

HAPPENED, WHICH IS ROUTINE. WELL THIS MORNING, MISSOURI JOINS ALMOST EVERY OTHER STATE IN THE NATION WITH A STATE STAY-AT-HOME ORDER GOVERNOR MIKE PERSON ISSUING THAT ORDER OVER THE WEEKEND ARE KMBC 9S MARTIN AUGUSTINE JOINS US NOW, MARTIN WHAT? DO'S AND DON'TS OF THIS ORDER?


Warmest stretch of weather in months starts this week

KANSAS CITY, Mo. - It's actually been a relatively mild stretch for the last couple of months. There have been some colder pockets mixed in, but there have been many high 60 and 70 degree days of recent. But we still haven't touched that elusive 80 degree number just yet.

PSA: We are in the mindst of a pandademic.

Make no mistake, pandas are wild animals. Not just animals, but bears. It would rip your arm off and slowly eat it like a piece of bamboo. If you come across a panda, I'd definitely go the other way and advise everyone to remain indoors; this all makes sense. There is literally no escaping them. They can run on land like a hippopotamus, climb bamboo like crouching tiger hidden dragon, and swim like polar bears too boot. Literally the perfect killer with their ability to blend in and appear harmless to the general public. There is NO escaping a pandademic. Their murderous rage knows no geopolitical, socioeconomic, or ethnocentric bounds. They will kill the old and decrepit or young and healthy alike. The loss of the middle class and generational damage is nothing compared to a widespread pandademic. Please listen to those in the ivory towers, they are keeping us safe from the pandademic. Stay aware my friends, they are not cute and cudly.

206 Perhaps we would have had a lot fewer deaths to fuel your TDS had the Dems and MSM not vilified and stymied the use of an effective treatment.

THE HILL: New York Gov. Andrew Cuomo (D) said Monday that early responses to the antimalarial drug hydroxychloroquine “anecdotally” suggest its use in the coronavirus fight has been “effective,”

The truth is that, although there will be more deaths, the virus is fizzling out and there will be far fewer deaths than the Dems and MSM had been hoping for.

^^^ Damn, you are a dumb Russian bot. Even Trump and his dopey Administration say the worst is still yet to arrive. Stop deflecting. Real Americans know what is going one.

Nonresident aliens, temporary workers and immigrants in the U.S. illegally won't get a check and sure as hell don't deserve a stimulus check. To hell with them, go back to where they came from if they want freebies. We have enough freeloaders like Byron to deal with as it is.

^^Yes..and to hell with all the good-for-nothing geezers like you! At least those people contribute to society, you just take. More them, less you!

^^I have a job asshole and betting you don't since you act like the fool who is always on here all day long talking crap.

229 You don't get it. Trump says its ok we are gonna be fine...the media goes crazy with he said its a hoax the end of the world is nigh. Trump says its gonna get worse...now it's ok for the media to say we are gonna make it. Shit now they are even admitting there is an effective treatment instead of claiming its fish tank cleaner (whole different compound)


THE HILL: New York Gov. Andrew Cuomo (D) said Monday that early responses to the antimalarial drug hydroxychloroquine “anecdotally” suggest its use in the coronavirus fight has been “effective,”

Besides the facts all point to it it climaxing WAY lower than the Dems and MSM had hoped.

Don at 259 please stop diddling yourself, it's embarrassing.

Why are you so butthurt that fewer people are dying and gonna die than the Dems were hoping for, I thought that was good news.

^^and yet we just crossed 10,000 dead in the US and are nowhere near finished. Retard. Weird.

If women want to earn as much as men, let them take the dangerous, dirty and physically demanding jobs that men do, and then work at them as many hours each week as men.

When an objectively conducted study shows pay disparity between men and women doing the same job with the same level of experience, working the same number of hours and taking similar medical leave breaks, let us know. Absent that, don't bother us with the rallies and the signs and the simpleton statistics.

325 I know math is hard, but 10K is a hella of lot fewer than the 2mill, 1.5mil, 250K hoped for by Dem.s. And yes we are close to being finished, there is an effective treatment, probably won't even be near the 80K dead a couple years ago from the flu.

Don't worry you'll be back to work in a couple of weeks and therefore you should pay your rent. Sorry for the good news.

Spiking the football when the death count is still rising is not a good strategy.

Be sure to repost your taunt at the end of April.

Your skull is crushed all day long, Chimpy!! Lol

441 yes comrade let's hope you are right and deaths continue to rise.

You can continue to see the or just accept that all I am saying is that what ever trump has done it has the effect of lowering over and over the projections so that we are now at the point where it will end up about as bad as a bad flu season, accept the good news and pray I am right.

The good news is many evangelical churches are still holding in-person services and for the most part these people are Trump voters.

But Trump has done nothing. He didn't even close the borders, which is supposed to be his jam. That's the problem.