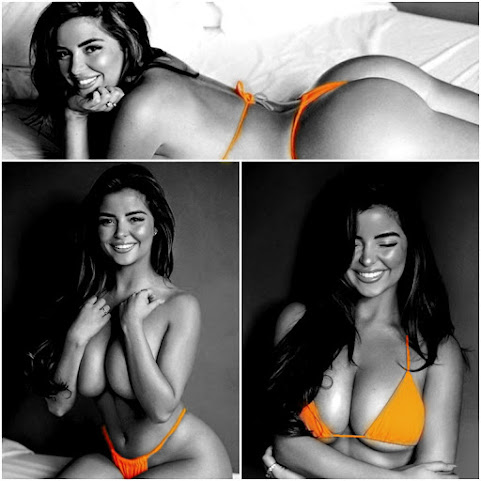 We start the afternoon with iconic Demi hotness, pop culture, community news and info from around the world . . .

"There's nothing that we can skim off to make our businesses run more efficiently. There's not a lot of room [to make changes] and be OK," Lauren Euston said. 'We need support from our government in getting us microloans that are forgiven."

Kansas City is gearing up to add $800,000 toits response to the coronavirus pandemic following a City Council committee vote on Wednesday. Most of the money would pay for contracts with outside agencies to provide more testing for the coronavirus.


KCK facility where 27 have died gets inspected

MISSION, Kan. (AP) - Inspections are underway at a Kansas City, Kansas, rehabilitation facility where 27 people have died of COVID-19 and dozens more have contracted the disease. The deaths at Riverbend Post-Acute Rehabilitation account for nearly a quarter of Kansas' 110 deaths from the COVID-19 disease caused by the coronavirus.


KC Parks urge residents to 'Make a Difference While You Distance'

KANSAS CITY, Mo. - In conjunction with the 50th anniversary of Earth Day, KC Parks is encouraging visitors to its parks and trails to Make a Difference While You Distance. The city's parks department is asking residents who visit the parks in the coming days - families or individuals, and not groups - to consider packing a trash bag and gloves to pick up litter along the way.

Demi Rose Mawby was all smiles in her latest Instagram update. On Tuesday, the model uploaded a snap that featured her flashing her pearly whites - and her voluptuous chest - for the camera. Demi's post was an ad for an aesthetic dentist.

President Donald Trump announced Wednesday that he had directed the Navy to "shoot down" Iranian gunboats that harass U.S. ships, but Pentagon officials said they had received no new directives. Trump created a stir when he made the announcement via Twitter just after 8 a.m.

One piece of wisdom from ancient Rome has guided astute public health officials dealing with epidemics for 2,000 years: "Cito, longe, tarde." That's Latin for "Leave quickly. Go far away. Come back slowly." Faced with a highly contagious, lethal disease for which there is no known cure, President Donald Trump has ignored that timeless advice.


Ocasio-Cortez Condescends: Americans Should Refuse To Go Back To Work

Speaking on a new talk show that will premiere Wednesday night, Rep. Alexandria Ocasio-Cortez, who receives an annual salary of $174,000 and whose remarks this month about the United States have engendered an incendiary response, urged Americans to refuse to go back to work once the economy begins to open up.


Here are Congress' next steps in response to the coronavirus pandemic

As Congress moves to pass its latest $484 billion coronavirus relief bill this week, leaders have started to detail their goals for additional legislation as part of an unprecedented emergency response. The measure approved by the Senate on Tuesday puts about another $370 billion into aid for small businesses damaged by the pandemic, along with $75 billion in relief for hospitals and $25 billion to expand testing.

KANSAS CITY, Mo. - There's a new addition at the Kansas City Zoo. Zoo keepers say Leilani, a northern white-cheeked gibbon, was born in February. Her species is critically endangered, according to zoo keepers, which makes her birth extra special. "When the Zoo reopens, be sure to stop by the Tropics to visit Leilani and [...]

Hide Transcript Show Transcript COMMUNITY BUT NOT NECESSARILY PHYSICALLY IN THE COMMUNITY. MIGHT NOT WANT TO DO THAT TODAY. CLOUDY WITH RAIN LIKELY OFF AND ON THROUGH THE AFTERNOON AND EVENING. WE'VE GOT A LOT OF THUNDERSTORM ACTIVITY ACROSS THE PLAINS THIS MORNING IN ARKANSAS, ANOTHER STRONG TO SEVERE THUNDERSTORMS IN NORTHERN OKLAHOMA.

Coronavirus war would not be a good thing for anybody and hopefully won't escalate quickly.

T, you have to give these links individual attention. Piling them on top of each other like this gives too many options. Sorry.

You lied and continue to lie everyday so FUCK YOU!

4:49 you are the worst paid troll evar, besides bLIEron that is, I heard soros wants his money back he paid you. P.S. he’s cra cra so I’d give it back if I were you, just saying

I'm such a loser, that if I joined a contest for losers I'd be 2nd.