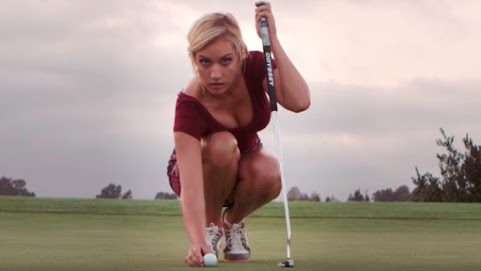 Right now we share some PERFECT Kansas City news suggestions concerning pop culture, community news and info from across the nation and around the world . . .

KANSAS CITY, Mo. - Three weeks ago, Kansas City, Missouri, Mayor Quinton Lucas introduced an ordinance to provide $500,000 to Kansas City small businesses facing the fallout of the pandemic. "There was a contract set that had anticipated whoever was giving would do a loan loss reserve fund to make it easier.

As many hotels shut down during the pandemic, one is getting creative to keep revenue coming in. A Kansas City hotel is cashing in on people working remotely.The Raphael Hotel on the Country Club Plaza is renting out rooms as office space to help workers maintain social distancing.

KANSAS CITY, Mo. - First Call Alcohol/Drug Prevention and Recovery in Kansas City, Missouri noticed an alarming trend following the COVID-19 pandemic and stay at home orders. Susan Whitmore, First Call President and CEO, said that people who were struggling with addictions before the pandemic, fell into an even darker place after the coronavirus hit.

TOPEKA, Kan. - Both Kansas and Missouri officials have announced increased testing throughout the state, one of the criteria suggested by the federal government when considering ending stay-at-home orders. Read: 'Call your own shots': Trump gives governors 3-phase plan to reopen economy Here is what each state's top officials have said about the coronavirus in their respective states.

Hottie Pro Stands Up To Trolls

FORMER golf professional Paige Spiranac has spoken out on the horrendous experience of having a nude photo leaked - and how she managed to take back control of her body by getting her "t*ts out" on her own terms. The 26-year-old social media personality sent the picture to a guy she was dating, but things turned nasty after they broke up.

The head of the Navy recommended to Defense Secretary Mark Esper that Capt. Brett Crozier be restored to command of the USS Theodore Roosevelt aircraft carrier on Friday, according to an administration official.

World leaders pledged on Friday to accelerate work on tests, drugs and vaccines against COVID-19 and to share them around the globe, but the United States did not take part in the launch of the World Health Organization (WHO) initiative.

China is prosecuting its first foreign national for involvement in the Hong Kong protests, which racked the city for much of last year. State media said on Friday that Guangzhou city's national security bureau had finished investigations into Lee Henley Hu Xiang, a Belizean national and Taiwan resident, and his case had been transferred to the Guangzhou people's procuratorate for prosecution.


The most beloved Royals of all-time: The Elite Eight

Editor's note: The following is part of Startland News' ongoing coverage of the impact of Coronavirus (COVID-19) on Kansas City's entrepreneur community, as well as how innovation is helping to drive a new normal in the ecosystem. Click here to follow related stories as they develop.

Wow, Trump's chloroquine cure is a dangerous fake, Trump's Bleach injections that would kill you were a fake sarcastic test of some reporter, Trump's ultraviolet treatment causes skin cancer. And now that fucking grifter won't even help the rest of the world find a real CV19 vaccine!

Can you MAGATs please stop licking up the vomit that spews from Trump's mouth?

Oh no China is prosecuting CIA asset protestors? Well it's a good thing for the Wall Street Deep State that 2 new propaganda lines have developed!
China hoax
ChinaVirus
Hey Trumpy, hey donkey, can you please use your personal networks to help the deep state push out the new pro-war vilify China naratives?
You don't want China to overthrow the American Empire do you? NO!

After a great round of practice with the new pro, she insisted I putt it in!!!

I am so glad Trump didnt try to become a medical doctor years ago.

nobody cares about leaked nudes anymore. They are a bore.

Don't know who she is and didn't know about Paige Spiranac's leaked nudes, but thanks to her fussing about it publicly, I can now go check them out.