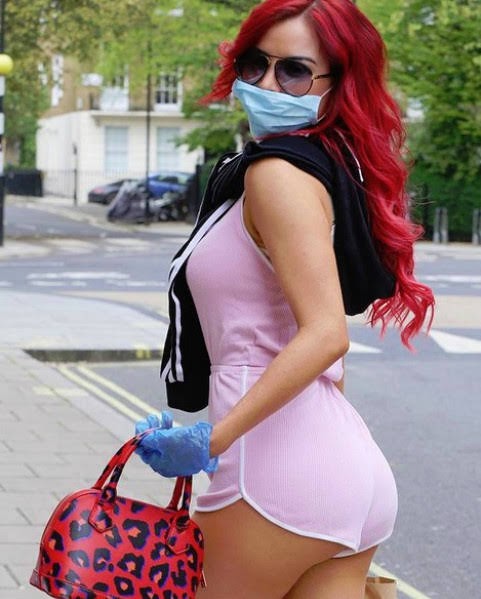 Playboy hottie Carla and her IMPRESSIVE BODY OF WORK inspires this update that include pop culture, community news and info from across the nation and around the world . . .


KC artists eligible for stimulus from a $120k relief fund

ArtsKC, Charlotte Street, and the Spencer Museum of Art have set up a relief fund to support local artists who have been affected by the coronavirus pandemic. Artists are encouraged to apply for this interdisciplinary grant beginning now. Starting May 1st, ten artists will be chosen each week as recipients of a portion of the fund.

BLUE SPRINGS, Mo. - Russ Pence is getting a lot of business he didn't expect and didn't really want because it means we're in the midst of a pandemic. The owner of Vital Signs in Blue Springs, Missouri, said since stay-at-home orders went into effect across Jackson County last month, he has received calls from several businesses looking for new signage.


KCPS students get technology with help of local nonprofits

With schools shifting online during the COVID-19 crises, having internet access is more important than ever. Nonprofit agencies are making sure Kansas City Public Schools students have the technology they need.Computers and WiFi hotspots, free of charge. "Didn't believe it," parent Paul Byrd said.

KANSAS CITY, Kan. - As discussions begin about reopening the country, doctors with the University of Kansas Health System are making suggestions on how to stay safe. Dr. Steven Stites, chief medical officer of the health system, said it's important that people continue to follow infection control measures, including social distancing and proper hand washing.

President Donald Trump on Friday urged Michigan, Minnesota and Virginia to "LIBERATE," compounding the pressure on state leaders to start loosening their strict social distancing measures amid the coronavirus pandemic. The president's exhortations on Twitter came a day after the White House issued new federal guidelines on "reopening" the economy, providing states and regions with a broad pathway toward easing their restrictions on businesses and individual residents.

The Chinese city of Wuhan, where the coronavirus originated last year, has raised its official Covid-19 death toll by 50%, adding 1,290 fatalities. Wuhan officials attributed the new figure to updated reporting and deaths outside hospitals. China has insisted there was no cover-up. It has been accused of downplaying the severity of its virus outbreak.


The More Anger at China, the Worse for Biden | RealClearPolitics

For months now, it has been clear that Biden family corruption will be a campaign issue. The impeachment focused attention on ties between the vice president's son, Hunter, and the corrupt Ukrainian oil and gas giant Burisma. But Hunter had equally close, equally profitable ties to Chinese state-owned banks.

Push Back Against Veep

More Americans are pessimistic about when life will return to normal amid the coronavirus crisis, according to a poll released Friday. The ABC News/Ipsos poll said that among Americans who said their daily routine had changed due to the coronavirus, just 31 percent believed life would be back to normal by June 1, compared to 44 percent who felt that way in a poll earlier this month.

But perhaps more impactful, the veteran entrepreneur said, is the shutdown’s potential for transformative impact on company culture — especially for a startup with about 260 workers at its Kansas City headquarters.

Hide Transcript Show Transcript AT 41 AND STILL UP TO TRENTON 39 FIRST ALERT FORECAST WILL HAVE TEMPERATURES DROPPING BACK IN THE 40'S. COOLING DOWN CALMER WINDS WHAT WE SAW AND BREAKS IN THE OVERCAST FOR LATER ON THIS EVENING. CHECKING OUT THE WEEKEND. IT STARTS OFF COLD. FREEZE WARNING.