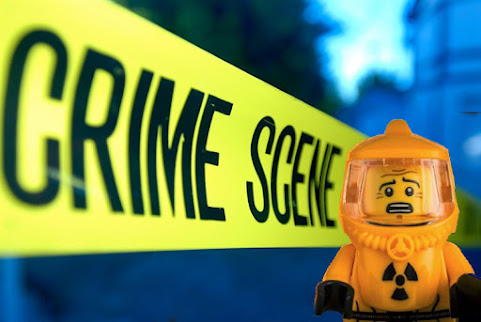 A quick round-up of community news as rising crime hits home for many local who are now required to "shelter in place" and now pay a bit more attention to their neighborhoods . . .

KANSAS CITY, MO (KCTV) -- Two people are injured after a shooting in Kansas City. It happened just after 4: 15 a.m. Tuesday near 28th Street and Topping Avenue. Police say one person was hot in the leg and the other was shot in the foot. Investigators are still looking for the shooter.

KANSAS CITY, Mo. - The Leavenworth Police Department is asking for assistance to identify a woman officials said has been "involved in several local thefts." In a post on the department's Facebook page Monday, police said they are looking for information about the woman and her vehicle.

KANSAS CITY, Mo. - A man has died after being hit by a vehicle in Kansas City's Blue Valley Park, police say. Investigators said they were first called to the scene near Blue Valley Park Road West at about 3:30 p.m. Monday for what was initially considered a deadly hit and run.

Police have arrested a man who authorities say coughed on customers and wrote "COVID" on a cooler door in the town of Cuba, Missouri. John Swaller, 33, was charged Tuesday with second-degree making a terrorist threat in Crawford County. The sheriff's office said he left the store Tuesday before officers arrived but was taken into custody later.

KANSAS CITY, Mo. - An Independence teenager is accused of shooting a man during an attempted gun sale that turned deadly. Around 1 p.m. on Friday, Independence police responded to a shooting at an apartment complex in the 300 block of Sundown Drive.

More and more scammers are trying to take advantage of the fear and vulnerability that comes along with the COVID-19 pandemic.Directors of a Kansas City-area bank have noticed several trends involving fraudsters trying to get your money and information.

^^KCPD can't get the job done.

Looks like the Leavenworth PoPo are looking for AirClair.