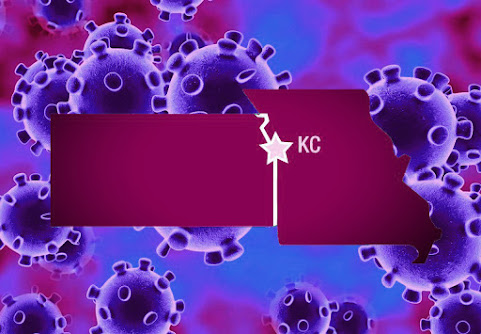 To finish tonight we share more stats and info from Kansas City, across the region and the nation.

We notice a few signs of hope as infections and tragic deaths are slowly declining. However, there's still a great deal of work, risk and debate ahead as upcoming protest, election politics and a worsening economy influence future decisions.

As always, we provide news links from "many sides" of the debate and sources across the political spectrum . . . Checkit:

KCMO Health Department: We ask #KansasCity residents to take this #COVID19 survey. Do you have symptoms? Do you feel fine? That info is helpful in our fight. Find our symptom survey on the kcmo.gov/coronavirus website . . .

KCTV5: The Kansas Department of Health and Environment reports the state now has 1,849 confirmed cases with 92 deaths. 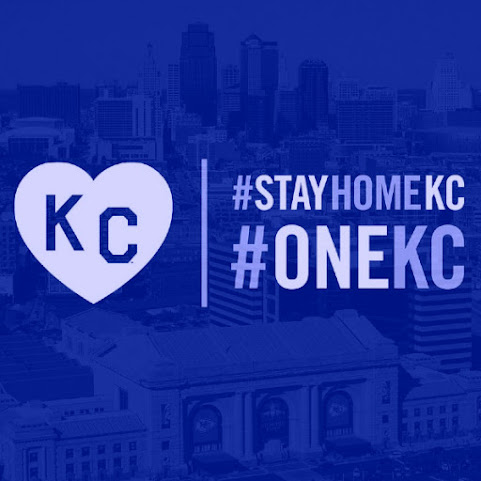 UST: When will a second wave of the coronavirus hit, and what will it look like?

Daily Mail: Prez Donald Trump asserts Speaker Nancy Pelosi will be 'overthrown,' claiming she is 'dumb' as he blasts Fox News for interviewing the Democratic leader about his response to the coronavirus crisis

New York Post: Lousy ‘One World Together At Home’ concert made us feel worse

Fox news isn't balance, it's nothing but propaganda. Get real TKC!

^^^ Dumbass. The president has been mad at fox news because of their coverage.

Pull your head out.

The coronavirus discussion is totally about nothing more than the blame game and trying to get power. It's hard to think that people are just as defenseless against a pandemic as they were 100 years ago. No treatment not hope of any in the near future and no vaccine for months. That's a very horrible report on all of humanity if it's true.

No telling for now, but I'm fine with the stay at home guidance till May 15th because they'll never be able to pull this off again. If they tired there will be a lot more lawsuits.

God bless us all. Every one.

Open all the Bob Evans Restaurants!!

Our values are under attack!!

I was just reading in the MSM how Saddam was responsible for 911 and has stockpiles of weapons of mass destruction, surely msm wouldn't lie.

Please tell us ten more times, the story of how your Grandfather shared a joint with David lee Roth.

I just saw a news report about some 16 year old catholic high school kid harassing an elderly indian fellow, surely the MSM wouldn't distort this to fit an agenda.

The news keeps telling me it's totally legit for the secretary of state to use their own homebrew email server and delete 33k emails, surely the media would give it to me straight.

According to the news it is just luck and good business sense for a career politician making 125k year to amass 100 million fortune. I'm sure I can trust whatever the newsman tells me.

Yes, his inside knowledge lends him to pray to Anderson Cooper for divine guidance.

And it's normal for the Secretary of State to erase data on dozens of devices and break up the same devices with a hammer after receiving a subpoena related to the information on those devices. No harm, no foul.

Kc has 412 confirmed cases as of today, how many are actually active? Why nothing on how many have recovered?

It’s time to loosen the noose around the taxpayers necks. Stay way the hell away from St. Louis though, they have 75% of the states cases there.

The KCMO Health Department survey is poorly implemented; as is the response from the KCMO Health Department for the pandemic. The race baiting from the black member of the KCMO City Council, including Mayor Q, isn't helping matters. The black community now thinks it is a conspiracy... Brandon Ellington and the forum on Facebook mix and matched HIV / AIDS conspiracy theories with COVID 19 conspiracy theories. Sadly the black community is disproportionately infected for the same reasons, disinformation from the black leadership to the black community. The black and Hispanic community is now the key players in both HIV and COVID-19 for the same reasons. Stop blacking the white people for the actions of the black people. Brandon was in close quarters with a group of friends and none wore a mask. If one was infected it is safe to say all were infected. Six feet... (or more); but none were six feet away.

It is a conspiracy buddy! And a good one! It's working!

Those ignorant individuals who support a public lockdown have no clue as to how viruses spread, the statistics of epidemiology, the advantages of herd immunity, or why politicians are eager to panic the public for malevolent purposes.

Sweden is one of the only countries to not lockdown their residents and violate their rights. Sweden advised residents to wash hands, wear face masks in public, no groups over 50 people, and take steps to protect the sick and elderly. Work, school, and social routines continued as normal.

Professor Johan Giesecke, one of the world’s most senior epidemiologists, advisor to the Swedish Government (he hired Anders Tegnell who is currently directing Swedish strategy), the first Chief Scientist of the European Centre for Disease Prevention and Control, and an advisor to the director general of the WHO, lays out with typically Swedish bluntness why he thinks:

- UK policy on lockdown and other European countries are not evidence-based
- The correct policy is to protect the old and the frail only
- This will eventually lead to herd immunity as a “by-product”
- The initial UK response, before the “180 degree U-turn”, was better
- The Imperial College paper was “not very good” and he has never seen an unpublished paper have so much policy impact
- The paper was very much too pessimistic
- Any such models are a dubious basis for public policy anyway
- The flattening of the curve is due to the most vulnerable dying first as much as the lockdown
- The results will eventually be similar for all countries
- Covid-19 is a “mild disease” and similar to the flu, and it was the novelty of the disease that scared people.
- The actual fatality rate of Covid-19 is the region of 0.1%
- At least 50% of the population of both the UK and Sweden will be shown to have already had the disease when mass antibody testing becomes available

The same coronavirus is circulating in both states. Both states are in the Midwest and border each other. Most deaths in Kansas are in the eastern third of the state.

So, why is the mortality rate in KS approaching 2X that of Missouri?

Because KS is inflating their COVID-19 death count, and the Governor is purposely hyping the scare/panic over the coronavirus.

Sure thing, Looney Tunes. Why? So she can seize TOTAL CONTROL over some mostly deserted shithole and make it a Socialist paradise?

You conspiracy idiots need a hobby or something. Like Russian Roulette.

Trump lied; Americans died. That's all you need to know. No, wait. Unloved Deplorable Covidiots want their FREEDUMB now, too. Let the crybabies have their way as we award them the well-earned 2020 Darwin Award.

Let me see if I have this straight: The President of the United States criticized a major news network for interviewing the Speaker of the House of Representatives? Isn't it there job to interview important policy makers?

This man is crazy.

People suffer from mental illness as Byron does will most always hate with great passion those who have done better than them or have power and authority over them.

Dipshit btw 50 to 85 % of ppl never realize they have it and are never tested so the infection rate is way way way above the 5200.

Such a fake serious disease you won't even know youv gotten it, stay scared because the tv said so.

Seems to have worked pretty well then.

The Rasmussen Poll, the only one Trump approves of (and incidentally, the only one that has even shown him to have Approval Ratings over 50%,) now shows an 18% swing against Trump's "leadership" in the past six weeks!

Either Rasmussen has suddenly become "fake news" or the American People truly believe he screwed this mess up.

11:15 is a DAFFY DUCK!
I'm just taking the numbers reported by each state, and highlighting the fact that KS is far outside the statistically significant range of deviation.

KS is lying about their COVID-19 deaths. If/when the truth emerges, I hope you remember my posts stating that the numbers didn't make sense.

Do you know that Gov. Kelly is married to a physician, who is a pulmonary disease specialist? Do you think she ever talks to her husband? The Governor closed schools for the rest of the semester in mid-March, but didn't advise KS residents to wear face masks when out of the home. Why not? Isn't this killer virus spread by coughing/sneezing/speaking droplets? How come Gov. Kelly never wears a mask, even now, and she's 70 years old, more prone to contract the virus?

She's lying to Kansans about what is going on, and PORKY PIGS like 11:15 are happily marching to the frying pan.
That's all folks!

And some forms of mental illness manifest themselves in blind worship of their adopted "Father Figure", seeing anything but unthinking adulation as an "Attack on Daddy"!