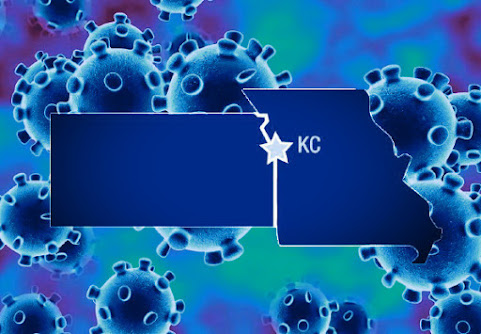 Over the weekend KCMO managed to avoid any coronavirus death but the tragic fatality of an EMT for KCFD pushed the local count forward.

Here's a roundup of recent stats starting with a Kansas City focus and then moving around the world . . .

KMBC: Missouri Department of Health and Senior Services said Monday the Show-Me state has reached 4,388 cases of COVID-19 and 114 deaths have been reported.

KSN: Coronavirus cases in Kansas jump to 1,376 with 62 deaths

NBC: More than 2 million cases have been confirmed across globe

Lucas needs to start rethinking the three week plan. It will shut down far too many local businesses.

It's not up to the President or the governors.

The lock down decision was made long before Missouri.

Now every state in the union is under a state of emergency declaration. The lock downs are not ending any time soon.

Yeah brilliant let's keep over 6 million healthy ppl locked down for 4300 "cases" and 114 deaths over 4 months, where 90% of the ppl have no or mild symptoms and there is an effective treatment...this never would have happened 20 years ago, what changed?

Remember why the shutdowns occured...to flatten the curve so hospitals would not be overwhelmed and there would be enough ventilators...well hospitals are empty, the makeshift hospitals are unused or even being taken down across the country. Flattening the curve was not about reducing total number of infections, but still ever projection has been repeatedly revised downward to a fraction.

Time to quarantine the at risk not everyone.

Time to restore as best we can people's livelihoods and this economy so we can support our families.

We don't want handouts or welfare...we want our jobs back.

"Well, nobody’s called about what about coronavirus from their standpoint. Look, they had the H1N1, and that was a big failure. That was a tremendous failure. They had a lot of failures. You take a look at the history, and 17,000 people died, and you talk about late. They were so late, they were late like it never even existed. That was a big problem. It caused a lot of other people a big problem too. If Joe Biden would like a briefing, I’d certainly get him a briefing. I don’t know what he’d do with it."

Well if 17,000 H1N1 deaths in a year is a debacle, disaster, and failure; I don't know the appropriate language that describes the inept and criminal level of incompetence from Trump allowing over 23,000 to die from Coronavirus in just 6 weeks (and we still haven't reached a peak or formed a national plan to combat it).

Stop blaming Trump, It's not his fault he's an idiot.

The consequences of inaction will be highlighted in the slums of the world without social distance and without medical resources. If dead bodies rotting in the streets is your thing, so be it.

There is no effective treatment.

Some people act like the government, elected officials and media has never ever lied to them before.

How much of a virtue signaling fool does one have to be to think 20, 30, 40, 50 thousand deaths in a country of over 320 million is statistically significant let alone cause to shut down the economy and put 20 million plus people out of work.

In 2017 there were over 80K flu and pneumonia deaths in the USA.

The chinese aids won't come close to that even with the inflated numbers being reported. Truth is that the average age of a death is over 80 years old and most deaths are people in nursing homes already.

Have you seen any news video of overrun local hospitals, what about the make shift hospital they were erecting - has it seen a single patient.

The undeniable truth is that this is being over blown for a number of reasons - one being power by trying to undermine trump. The other money - by way of unnecessary and costly vaccines and treatments.

Some people act like the government, elected officials and media has never ever lied to them before.

Someone's been drinking the kool aid. Here, have a Hydrochloro with that.

Good thing the adults are running things and you're just, well, bitching on a blog.

Ever occur to you local hospitals might not be overrun because we're mitigating things? And you really fucking think everyone just decided to put all these people out of work, take livelihoods away, etc. just to undermine Trump? Did it ever occur to you that we could have had a President who, if he listened to his intelligence agencies, didn't trust China (he very much did so by tweet if you recall), and didn't react on a whim we could've mitigated this much better and probably not felt near the pain we're feeling now? No, you're guy never does anything wrong and everyone just picks on him.

838 is there a single fact listed that is wrong. We've crashed the economy over deaths largely to the elderly. Over half the deaths occur in nursing homes.

Why can't we just quarantine the at risk.

You'd be much better informed if you stopped relying on the MSM, it's not like they have not lied before.

Trump said it was like the cold or minor flu. And it would magically go away soon. Said it on January 29th.