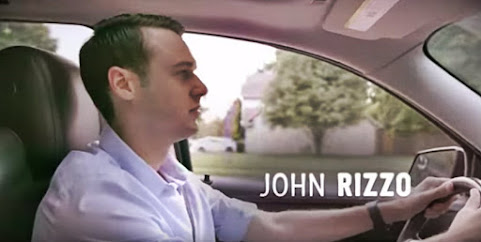 Here's important follow-up and a big victory for Kansas City.

“Missouri families are tired of having a legislature that hands out favors to the special interests while everyday citizens get left behind,” Rizzo said. “Across the state, more Missourians are getting on board with Democratic efforts to make health care more affordable, government more accountable, and an economy that works for everyone. The Democratic Caucus is fighting for commonsense values in the Senate, and we look forward to achieving more victories for Missouri families.”

In Jeff City this news is making waves but it's regrettable that Kansas City media are falling behind in their statehouse coverage.

The reality: State Senator Rizzo has always worked diligently for the benefit of his constituents behind the scenes but he breaks the mold of KCMO left-wing progressives given his strong support of unions and the working-class. Meanwhile, public radio and newspaper "journalists" are more concerned with a small clique of social justice warriors who have far fewer legislative accomplishments and little influence by comparison.

We know quire a few supporters of Sen. Rizzo who might not like mention of an old school controversy but we feel it's necessary and provides perspective . . . A handful of Northeast haters can't let go of a long ago vote from 2009 - The case was used by Kris Kobach and others to try and suppress voters in subsequent elections but nothing ever came of it. Since then, below the radar, State Senator Rizzo has garnered one impressive election victory after the next. Meanwhile, his opponent dropped out of the political scene, engaged in a lawsuit over "issues" with the VA and got arrested with a gun in a Hong Kong airport last time we checked.

He's young, skilled, taller than average and a family man who has garnered a decade of experience representing his constituents -- State Senator John Rizzo should/must be the answer for Missouri Democratic Party denizens who desperately need leadership and a real connection with working people as the 2020 election approaches.
Posted by Tony at 3/05/2020 05:45:00 PM

Riz has done well in his term. But politics is just a popularity contest. Too bad, if it was about accomplishments over persona then maybe we would have better results.

KC star and KCUR don't cover anybody who isn't LGBT in Jeff City. The reporters are really just looking for jobs for when they eventually get fired.

I remember when The Star used to cover Jefferson City. The reporting was good even if it didn't always generate salacious headlines. KCUR does a slightly better job now. Most of the state coverage has been lost because of cuts. Sad because it will only get worse.


H to the Rizzo

Democrats have so little to do in Jefferson City that they've taken to driving part-time for Uber!!!