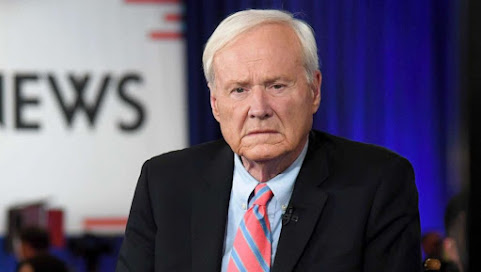 A worthwhile afternoon politically incorrect but very articulate think piece by a favorite from our blog community comments. Checkit:

The American Left, is going through a "French Revolution Light". It is, if nothing else, very egalitarian. The "Committee of Public Safety" is not led by one, scurrilous, scheming, Robespierre, no, the tip of the spear, is legion and consists of anyone who wakes up one day and is 'aggrieved'. This provides a target rich environment that has more to do with proximity and convenience, that naturally lends itself to mendacity in the quest for leverage, power and money. No one is safe and the "Terror" is palpable.

The inevitable outcome of "Identity Politics" bereft of any sound policy positions that don't border on the insane, is an actual real time, sentence in Salvador Dali's "Soft Construction With Boiled Beans". It's ugly and portends disruption and chaos for Progressives everywhere. Good.

Essentially, Chris Matthews is attracted to females and says so out loud. Kyle Smith, from the New York Post sums it up -

"One complaint was that Matthews would compliment women’s looks. He said of Sarah Palin that there was “something electric” and “very attractive” about her. He told Erin Burnett, “You’re a knockout.” All true. He made a couple of mild compliments to Bassett: “Why haven’t I fallen in love with you yet?

(snip) Old guys flirt with young women as a way of telling themselves they’re still in the game. Young women used to be more forgiving, to recognize the pathos underlying the impulse and shrug it off. Now they exaggerate their emotional reaction, pretend that they’re “shaken” or “couldn’t breathe.” Bassett writes that a couple of flirty comments from Matthews “undermined my ability to do my job well.” That’s hard to believe."

From a guy as famous and as supposedly smart as Chris Matthews, these comments are sure as hell clumsy and embarrassing. But nothing else. Bassett executed the king and was promoted to higher rank in the "Committee". Off with his head!!!

David Wright, a reporter for ABC News, is a self proclaimed Socialist. His sin, was telling the truth about the coverage of Donald Trump (Biased, predictable and slanted from his agenda driven company, ABC News.). He said that biased coverage drove the numbers up, but that ABC wasn't objective. For this, telling the truth, he was suspended and will no longer cover politics for ABC.

Timothy Hutton, is accused of a rape, some 37 years ago. It is, by all reasonable accounts, an outrageous, unsubstantiated, brazen, craven attempt to enrich the contemptible accuser. Holy shades of Judge Kavanaugh! Hutton, an outspoken "Climate Change", garden variety, Hollywood gasbag must be wondering if Michael Avenatti is out on bail and back at 'work'.

Progressive hysteria has dominated our media, academe and government for decades. Obscure collections of anecdotal victimization claptrap has substituted as a fungible currency used to purchase power and destroy lives, while enabling the Crypto -Fascists who run the show behind the curtain, to make bank on the suffering of the real victims in this farce. Americans, more divided than at any time in recent history would do well to return to a state of compos mentis and rely on facts from honest brokers of the news and not agitprop from those same agenda driven partisans.
######

May not agree with all of this bit there is no doubt this was an EXCELLENT READ. Thanks Chuck.

Typical Boomer behaviour. Geezers don't know how to talk to women, and they forget how creepy they all are. Chuck most definitely included.

Spot on! The spirit of Robespierre lives amongst us. The Terror is closer at hand than most know.

2:56 just took a picture of his dick with his cell phone and sent it to himself.

Matthews' downfall may have something to do with his equating Bernie's win in New Hampshire with the Nazis' invading France. In other words, his arteries have hardened to the breaking point.

Kinda reminds me of Joe Biden.

Yes it is Boomers that don't know how to talk to people. Millies having the worst social interaction skills of any generation during modern History. Pick your nose while saying no problem non stop, ok boomer, racist, sexist, etc. You know no other words or world but that of faux blame and disrespectful comments. Look at your cell as if it is going to save your 115 pound ass.

Even when I didn't disagree with Matthews, I watched. Especially after each debate or on election nights. He had experience back to Tip O'Neill v LBJ days. He told it like it is. As for his observation about Palin, he was right on--R. men wanted to sleep with her. She proved to be an "empty skirt". Biggest mistake of John McCain's campaign.

Telling like it is, when it was not flattering, was Matthews' real downfall. You can't say the word Nazi if you are not a Jew. Everyone knows that. The Democrat party is going to lose, he knows that, and was willing to point out the fissures. Can't have THAT!

Now if lying Brian Williams could make a comeback, after being put in Time Out at NBC for almost a year, perhaps Chris Matthews can, as well.

Keep writing, Chuck. We need content here desperately. You make a difference in this town of cowards and PC.

"Proved to be an empty skirt"... Are you kidding TT? Anyone with an ounce of sense knew SP was a complete and utter joke from the first time they heard her speak. I cannot fathom what led her to be some front runner in a party she was barely associated with. Attractive? Maybe, but there are better looking, more well spoken babes than her with actual Conservative ideals.

More verbal diarrhea from Up-Chuck about anchors and networks he doesn't watch. How enlightening.

Thanks for the comments, both positive and negative.

No matter your political beliefs, the increasingly vice like grip, that the politically correct narrative has over us all, stifles creativity, free speech, non linear thinking and inhibits the progress we might all make, if allowed to speak freely, unencumbered with the fear of job loss, societal opprobrium and calumny from unexpected quarters.

We all walk on eggshells in fear of criticism from the class tattletales and hall monitors we all despised in school, that now, have ascended to power.

The idea, that men can no longer mention their attraction to women without the fear of annihilation is unnatural, illogical, pernicious and counterproductive on ANY level.

Chris Matthews was awkward, inelegant and probably prurient, but in no way, deserved public humiliation from a company he had worked for for 23 years.

Timothy Hutton is as innocent as Judge Kavanaugh, still, even now, pilloried in a press that traffics in innuendo, lies and gossip if it furthers their agenda.

To hell with these people.

4:41, you missed my little joke. An empty skirt, a corollary to men who are empty suits. You and I actually agree. She was not a deep thinker.

Geezers ARE so creepy! They really don’t know how to talk to women! As if any of us would give those drooling, liver-spotted, balding, fatties the time of day! Sorry old men, you’re just gross! You don’t have the bank or stamina to step to us. Keep trying tho, you’re only good for the laughs.

Ok boomer.
From a boomer: shut up and try to learn something, you are an embarrassment.

Chuck, you still must STOP harassing women. You don't have that much free speech, S T O P!

Only an INCEL worm or an
Abusive prick would think it's reasonable for a man to say to a woman out of the blue “Why haven’t I fallen in love with you yet?"

Right creepy AF. Chuck apparently walks up to women and says “Why haven’t I fallen in love with you yet?"
Trying to intimidate them into sex.

Said it a million times chuck: use plain English. Spare us your opprobriums and calumnies.

You're not fooling anyone, though I'm sure Tony's impressed. And Tracy is, clearly. So maybe you theee can get a circle jerk going.

^^^ your just like the rest of the fans who hate yourself and read all he wrights.

Was his leg tingling as he announced his own termination?

Oh Chimpy. Your mating fantasies are so weird. We all know your monkey hand is your only option! Lol

"^^^ your just like the rest of the fans who hate yourself and read all he wrights."

Good grief. Did you fail your ESL class again?

6:33 = Lizzo doppelganger who hasn't been laid since a mercy fuck in High School.

Oh Chimpy. Such a little monkey clown. Stop talking to yourself Chimpy!!

How is saying that intimidating someone into having sex? It’s an awkward compliment. Hardly abuse.

So many Gopniks. No one remembers their my little pony days during high school.

Another forlorn attempt to garner a smidgen of reader's respect is wasted by grasping for inane references such as:

Good Lord man! Don't you recognize what you're doing?
If your objective is to communicate with the reader, write clearly, plainly, and put your ego aside.

I love how much effort 9:56 puts into chiding Chuck!
So so jealous, looked up and listed the ways he illustrated his points!!!
That's alot of time spent tinkling on someone else's essay.

Surely, you realize, Chuck writes for himself and a mere handful of others.

Write some essays, and Tony will publish them.
Invent a nom de plume.

^^Look Tracy, you may dig chuck's posts, that's fine. You're as old, ignorant, and racist as he is. Cool. The rest of us who don't have to gum our food, and shop for deals on Depends, find him him to be an intolerable bore and hateful prick. So go fluff him elsewhere, because on here, he's as played out as you are. Savvy?

Sadly, what is intended to be a shield is now wielded as a sword. And clumsy complements are punished as if physical attacks -- to allow "victims" to wield power in lieu of talent. So, Matthews -- who raised dozens of men and women to TV journalistic prominence -- gets the same punishment for unPC banter that made someone "feel" bad as the guys who actually used their positions to demand sex? And MSNBC -- and the left -- loses its institutional knowledge of government. How many of those who found his manner offensive actually know who Tip O'Neill was?

Ah. VIRTUE! How easy it is to demand of others! But, as Chris might have the historical context to tell you, what was called by its advocates "The Reign of Virtue" is known to history as "The Reign of Terror."