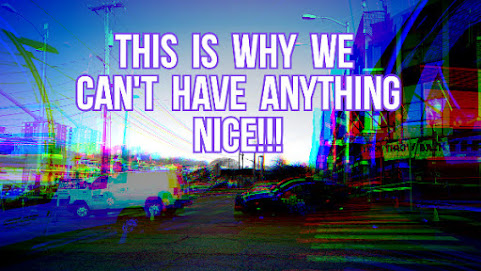 KANSAS CITY, Mo. -- A teen father was remembered Thursday at a vigil in Westport. Devin Harris was killed early Saturday morning in a shooting after a fight spilled out of a night club. Family said the 17-year-old was a bright kid with a bright future.

People gathered Thursday to remember a 17-year-old shot and killed early Saturday in Westport.Devin Harris was one of five people shot. He died from his injuries. Four others were wounded.Not far from where the fatal shooting happened, about 75 family members and friends gathered to celebrate Harris' life."He was just goofy.

Both Sides Of Tragic Story

KANSAS CITY, Mo. - Emotions remain raw for those who loved and knew Devin Harris, the 17-year-old who was gunned down in a drive-by shooting early Saturday morning outside a Westport nightclub in Kansas City, Missouri.

The guy admitted to driving the car. Regardless of which passenger shot the victim, hes still guilty of felony murder. Im not sure why we don't see that charge yet other than they are trying to circumvent Jean Peters and go federal charges.

2 People described as Family men. But both not with their Families. At least one preferred to have a gun in their hand instead of his kids. Another too young to be where he was. And the ever present settle everything with violence of a Culture. Lie to yourself. We see it every week and damn near every other day in Every major city. We blame guns, booze, drugs, upbringing, slavery, bullying , neighborhoods, and poverty. We make excuses for their choices. Their choice should've been to be home with their kids and chosen sexual partners. Of the 130 plus murders that were committed last year in the Metro, How many were committed by people staying at home raising their kids, minding their own business and not having a weapon for more than protection ? NONE. Easy to pick another's life. Easier to take one when you chose the street over your family.

A 17 year kid with a baby. The baby will be growing up without a father, probably following the same life choices. If only KC would name a street after MLK this could all be avoided.

This low life in no way, should be out on bail.

Even if he didnt get killed the kid wouldnt have had a father,in the black community if you atleast call baby momma once a month and tell her you gonna pay child support next week you are considered a family man who is turning his life around.


Knock it off with the vigil crap. Lets get some police on the streets and stop worrying about racial profiling. Time to get tough. Either the city takes charge or the people will take matters into their own hands. This all started with Sly James protecting criminals in this city and now Lucas is doing the same. Lock and Load KC time to take the city back!

I've gotta question what possessed that 17 year old father with a GED to be hanging around in Westport after midnight on Friday/early Saturday morning?
And the bond is too high? $150,000?