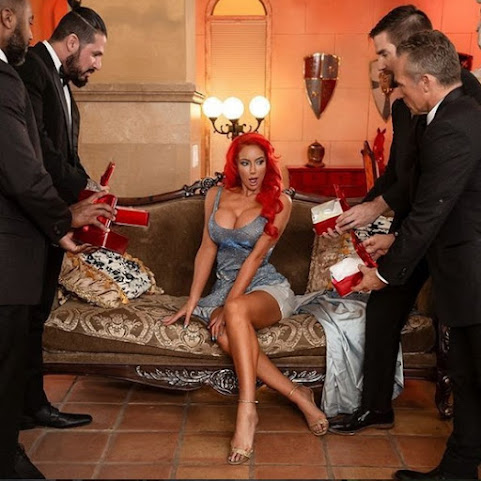 The Kansas City Fire Department said it is ready to respond to potential coronavirus cases. KCFD crews could be the first to respond to a coronavirus case. "We run the ambulance service, that's why we're out there in the forefront of this on the front line," said KCFD Assistant Fire Chief Jimmy Walker.

The Northeast News is working to bring you information on two shootings overnight, one resulting in a homicide. The first shooting took place in the Hardee's parking lot at Independence Avenue and Winner Road at about 9:40 Tuesday evening. Police report a man was shot and taken to a local hospital with life threatening injuries.

KANSAS CITY, MO (KCTV) -When you hop in or out of a rideshare, you might want to consider checking for bed bugs. A business owner in Dallas says he is treating dozens of rideshare cars for the bloodsucking insects.

As Bloomberg TV wrapped up its live coverage of Super Tuesday, correspondent Kevin Cirilli asked, "Who had the worst night tonight?"

Former Secretary of State and 2016 Democratic presidential candidate Hillary Clinton claims her former rival (and current presidential hopeful) Bernie Sanders didn't have a real job until he was 41. But according to Sanders' resume from the 1980s, he had several odd jobs after graduating from college in 1964.

Just days after the U.S. and Taliban announced the terms of a deal lauded as a foundation for peace, Afghanistan is once more embroiled in deadly violence. On Wednesday, the U.S. carried out its first airstrike on the Islamist militant group since announcing the agreement. A U.S.

Israeli Prime Minister Benjamin Netanyahu's right-wing bloc appears to have failed to secure a parliamentary majority in Monday's general election. With 99% of votes counted, Mr Netanyahu's Likud party was on track to win 36 seats, and allied right-wing and religious parties another 22.

A new entertainment concept is coming soon to Kansas City's Power & Light District - a mini-golf bar - and the idea sounds like a hole-in-one.That's right - sink your putts and your drinks (responsibly) along with a full food menu at Sinkers Lounge.

PECULIAR, Mo. - Relief is making its way to Nashville, Tennessee, in the form of food following deadly tornadoes that struck the state early Tuesday. Team members from Midwest-based Operation BBQ Relief arrived in Nashville on Wednesday to feed thousands of people affected by the storm.


Thursday will be warm, windy

What a good, game and giving woman!!!

As per recent Federal Court ruling, the Federal Government will be withholding funds from Sanctuary Cities. They should change their status and go non-Sanctuary. Do not protect criminals!

Wake up Lucas and do what is right!

^^Who cares. This president will be gone in 8 months anyway. Keep fighting Lucas.

Congress has agreed to provide $8 Billion to fight Coronavirus! This means CDC, HHS, and DHS will have the resources they need to Keep America Safe and keep the risk to workers and families very low. This is great news for our Health, our Economy, and our Nation!

Nicolette got the shock of her life when all four of her Plastic Surgeons presented their bills at the same time!

Psst, Nicolette - don't look now, but the rims of your Tupperware Bowls are showing!