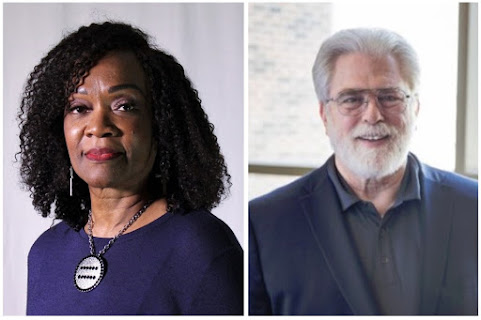 A statement from the Kansas City Health Department director has enraged representatives of the local African-American community and earned nearly universal rebuke from civic leaders.

“There is no evidence that closing a school will slow down this outbreak one bit,” Kansas City Health Director Rex Archer said . . .

Archer told a gathering of city council members and Mayor Quinton Lucas on Monday that closing schools can cause far more problems than it solves.

“We know that if you close schools teenage pregnancy rates go up and the potential of violence increases,” Archer said, without offering any evidence.

Ms. Grant Wrote: "Rex Archer, executive director of the Kansas City Health Department, commented in a press conference today that closing KC schools would do more harm because it would lead to more violence and pregnancies. That comment was offensive, ignorant, appalling, archaic and bigoted."

Check the comments and readers will find OVERWHELMING CONDEMNATION against the words of Dr. Archer and REBUKE of his statements. The KCMO official has yet to respond to the criticism as community leaders continue their arguments against his leadership during the Kansas City COVID-19 crisis.

Even fox4 seemed like it called him out for that statement. If he was smart he would have stuck to prepared remarks and not said anything about the policy at all. It wasn't his call to make and that seems like his real problem with it all.

"That comment was offensive, ignorant, appalling, archaic and bigoted."

But oh so true.

I've seen a lot more kids on the streets over the past few days. That's normal with Spring Break but it's obvious that they're not taking the shut down seriously and they look like they don't care about stopping the spread of the disease. Maybe closing the schools early wasn't such a great idea.

I'd be inclined to believe Kansas City Health Director Rex Archer more than I would Gwendolyn Grant since it's her race who is taxing the system and killing one another right and left.

It's time for racist Rex to put up or shut up. Show us the numbers or APOLOGIZE AND RESIGN.

How can the teen pregnancy rate in the ghetto go up at all? Isn’t it 100% already?

Sometimes the truth is painful and inconvenient.

^^Fuck off. He is right and you know it.

I mean, don't all teens fuck regardless of school sessions. Unless of course, you're the majority of the TKC posters who back in the day did absolutely no fucking outside of their hands.

Can’t win for losing in this situation. Had he not warned of it, he’d be blamed for taking such careless action when all the increased violence and pregnancy occurred.

He is of course correct. Grant is a liar.

Gwen: OK. We have the stats over the past few years and we can compare these stats on teen pregnancy and crime. If in fact Rex is correct in his observations, will you resign from your positions in the Urban League and other affiliations tied to KCMO policy???

Gwen Grant is literally a professional race-baiter. Without the perpetual grievance and victimhood mentality of which she is the local champion, black people would be a lot better off.

A casual look at the data on teen pregnancy and violence would prove him correct.

It baffles me how facts can be racist and bigoted.

The guy is 100% right and good for him for being unafraid to speak the truth.

Fuck these virtue signalling, race baiting, pussy SJWs who are supported and propped up by the lying (((media))) and politicians.

Gwen, perhaps u should stop going to sporting games and getting to watch from a luxury box. Have seen her multiple times living the high life. If her lips are moving, u know the rest.

Like in Animal Farm, all animals are equal excepts us pigs....

One of the major problems with the urban community Teen women get pregnant and this begins the cycle of failure. No father to support the children of family. Poverty becomes the norm. Kids grow up with no father or a father who is involved in crime.
Then this cycle repeats itself.

North Kansas City High School always allowed students to go off campus at lunchtime for local nearby food venues. That policy has changed, and "scholars" now are to remain on campus during lunch hours. Blatant sexual escapades and not returning to classes were the primary reasons for the change. The "blackness" disease always fucks things up.

The Urban League President's comments sound like she was looking for a reason, any reason, to attack Dr. Archer. If he made the identical comment about a Johnson County Kansas School would she have attacked him?

You obviously just think kids should be cooped up. Small groups of people outside is far better than large groups inside. I suggest you try to get over your bigotry since your own safety depends on slowing the pandemic.

You sound like a white mass shooter. If you have some evidence against Grant other than her race call 911. Or go join the team if white incompetents in the White House, you'd fit in.

Even better with fewer Nazi twits.

@1:18 that statement is BULLSHIT and you know it is!

The reason for the "closed campus" policy change at NKC High School is the complaints made by the "Elite" Parents at Staley High School, and the NKCPS School Board's cowardice in caving in to their jealous whining!

NKC was the only "open campus" in the District, and the "Privileged" brats at Staley were jealous of the long-standing tradition.

2:31, you sound like someone who can barely use the language, and is also a racist. Congratulations. For evidence, you might start with FBI reports on crime and who commits it. If you can read.

Also, your racist stereotype of white only mass shooters is disgusting and untrue. Do better.

2:33, hate to break it to you but bringing Nazis unto an argument about modern racial issues proves you're an idiot. The Third Reich is long dead and gone.

It's no longer 1945, or 1963. White guilt is dead, and your little feelings may get bruised in a discussion based on the facts that scare you so much. Time for some to climb off the cross of sacred victimhood and start actually taking responsibility for the crime and dysfunction in their own communities.

"The Third Reich is long dead and gone."


Senile Joe Biden: "I will appoint a black woman to the Supreme Court"

I am Donald Trump and I didn't say that thing I said last week.

Don't Worry Doc Rex is still doing Tai Chi and has a brigade of rainbow warriors on his staff. Big Obama fan too.

Sure, and then hopefully their little shifty selves do not spread it to their parents or grandparents.

Yes. Yes it is. Most people think in 1945 when virtually all the leaders were killed or offed themselves or were captured.

Or do you think they have Hiltler's brain in a jar calling the shots for all those SS divisions we all see running around?

Rex's shot of getting a D.C. gig along with Slie went kaput.

Start breeding young, throw out a lot of trophies for screwing illiterate people. Have even more ignorant people deny statistics . Reply with name calling comments to people that stat facts. Keep filling a blog with poor me shit. End the day by fucking and making another kid. Day done and on to repeat Wednesday... Let's make it hump a dumb bitch a lot.

Cerner has a tested positive employee. Turn out the lights, the party's over.

Gwen has a very thin skin especially when it comes to any criticism of "people of color". Never mind that it may be supported by facts and data. I'd say she is one of the most prominent racists in the metro area.

Everyone needs to calm down and use a little understanding in this situation.

Remember that Dr. Archer is under a lot of pressure right now, and therefore has a lot on his mind.

And remember that Ms. Grant has no idea of what it is like to have a lot on your mind.

They Saved Hitler's Brain, 5;42, haven't you seen the documentary?

Holy fuck! I'm out of the loop.

I'm liking more progressives in the comments at TKC. nazi's are getting the shit slapped out of them.

@2:37 Maybe NKC solved 2 problems. Although, dubious, Staley "elites" may have exerted some influence in the decision. However, off the record, a librarian I know said it often became a zoo during lunch, but not because folks were "reading". I work in Northtown and often drive through the area during those hours. Before the change, defiant, wandering youngsters would amble in front of cars, daring them to hit them. It appeared most if not all the nomads were persons of color. I believe 1:18 may have it right. Jus sayin'.

Let's see, is it the wuhan or chinese virus? Biden and I are corn fused.

It's true, progressives live in an alternate reality where only their feelings matter and facts are racists nazis

All the mass shooters in the history of this country have not even come within 1% of killing the number of people that the black race has in America.

Weird some of the stuff is just goofy. You people got serious problems and worrying about the pandemic or your sweet asses and the half of it. V social distancing might be driving you a little batty. Take a breath, step away from the internet, and stop being so stupid.

Blacks are 79% of all mass shooters perps.

Vice: ​Why Are So Many Mass Shootings Committed by Young White Men?

Mother tongue? Click language doesn't count. When your coastal African brothers sold your ancestors into slavery they were doing them a favor. When they weren't eating them and stuff.

The guy should have known better or...maybe he did. Screwing and shooting goes on 24/7. Has ZERO to do with school. Listening to her is like ‘fingers on chalkboard’ ... SHE needs to tend to her community problems...screwing and shooting.