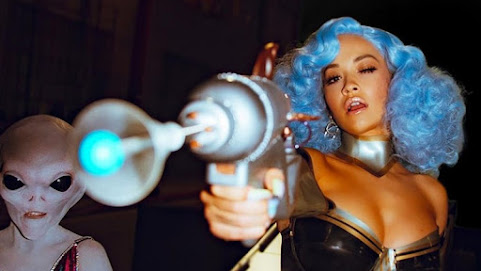 For our most dedicated readers we gather this collection featuring pop culture, community news and info from across the nation, around the world and beyond . . . For purposes of education, parody, discussion and the public trust . . .

Kansas City Mayor Quinton Lucas made national headlines Tuesday when he tried to vote in Missouri's presidential primary but was incorrectly told by an election worker that he wasn't in the system. Lucas was eventually able to vote Tuesday evening, but said his experience was part of a larger issue with voting and called on Missouri to increase funding for elections and offer mail-in voting.

Hide Transcript Show Transcript JACKSON COUNTY EVICTION COURT. MATT: SINCE JULY OF LAST YEAR, WE'VE BEEN REPORTING ON KM-TEH REALTY. WE'VE ALSO REPORTED THAT TEH IS ONE OF THE BIGGEST OF VICTORS HERE IN THE KANSAS CITY AREA. 23:26. -- THAT'S ALL WHILE TENANTS HAVE SAID THOSE LANDLORDS WON'T FIX PROBLEMS, OR PAY FOR UTILITIES, LEAVING PEOPLE SCRAMBLING.


'Right now the professionals are telling us that we can handle this tournament without a risk to public health,' says KC mayor

KANSAS CITY, Mo. - As the coronavirus continues to spread around the world, hospitals in the Kansas City metro are working to conserve personal protective equipment, such as masks and gowns. Children's Mercy locations and Saint Luke's Health System have pulled masks from their public entrances and now require people to ask for them.

Brit Cosplay Exposes Out Of This World Hotness

Rita Ora transformed into a sexy sci-fi warrior for her latest shoot, as she teased the release of her new single How To Be Lonely. The British hitmaker, 29, donned an incredible blue wig and gold armour as she channelled her inner Wonder Woman for the sexy photo shoot.

The White House is awaiting a cruise-ship industry proposal on preventing coronavirus before deciding whether to actively discourage Americans from boarding the vessels to prevent the further spread of the disease.

Vladimir Putin is making plans to be president for life. In an abrupt - if not totally shocking - move, Russia's State Duma (its lower house of parliament) proposed a constitutional amendment on Tuesday that would reset presidential term limits to zero, allowing Putin to run again for president in 2024, when his tenure is supposed to expire.

Prince Andrew is "dipping his toe" back into royal life - even as US officials are furious at his failure to cooperate with the Jeffrey Epstein investigation, according to a report Tuesday. The disgraced Duke of York, 60, was photographed Monday at a memorial service for a senior courtier - with friends telling the Sun he was there with the blessing of his mother, Queen Elizabeth II.

With the coronavirus pandemic sweeping across the nation, Democrats announced Tuesday that the CNN-Univision Democratic presidential debate set for this weekend will be held without an audience.


The Beach Boys coming to Kauffman Center this summer

KANSAS CITY, MO (KCTV) -- The Beach Boys are making their debut at the Kauffman Center this summer. They will perform in Muriel Kauffman Theatre at 7:30 p.m. on August 3. Tickets start at $54 and go on sale to the public at 10 a.m. Friday.

A Kansas City church is making sure that every girl who wants to go to prom has her perfect dress."Rather than getting a $20 or $30 dress, we'd rather them have a $600 dress they can get for absolutely no cost," said Laura Wesche, a volunteer at Blessed Dress KC.The prom boutique is in the basement of Central United Methodist Church.


Tracking several storms over the next two weeks

Have the umbrellas ready because a spring time rainy pattern is setting up. Sure, over the last 25 days it's rained only twice. Once on February 24 and then on Monday, March 9. But Monday's rain was a record for the date, (1.73" at Kansas City International) and may just be the beginning of a very wet weather pattern that will continue for the next two weeks.


That's what Italian officials heard from their professionals about 4 weeks ago.


But, killa shitty can handle the b-ball crowds safely---