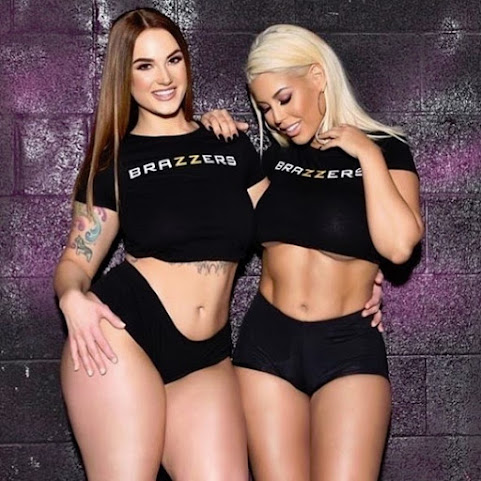 Inspired by Siri's big, thick return to the pr0n game; we start the morning with a quick collection of important items concerning pop culture, community news and a variety of info from cross the nation and around the world.


KC Housing Authority to withhold more payments from TEH Realty

The Kansas City Housing Authority is making plans to withhold another $41,000 in taxpayer-subsidized housing contracts to landlords with TEH Realty, who are currently under federal investigation.The developments come after the Housing Authority's planned reinspection of 81 units at the Nob Hill Apartments in south Kansas City.

OVERLAND PARK, Kan. - Commuters who travel on U.S. 69 in Johnson County, Kansas, know that traffic can be dense depending on the time of day. Those commuters may not know that U.S. 69 is the busiest four-lane highway in the state of Kansas.

What's in a name? Well, apparently frustration and mild annoyance if you share it with something everyone knows about. An adult film star took to Q&A site Quora to share her biggest bugbear - that she shares her name with Apple's friendly assistant, Siri.


Beijing objects to term 'Wuhan coronavirus,' and says it may not have originated in China


Italy wakes up to deserted streets in unprecedented coronavirus lockdown

ROME (Reuters) - Italy woke up on to deserted streets in an unprecedented lockdown on Tuesday after the government extended quarantine measures across the entire country in a bid to slow Europe's worst outbreak of the coronavirus.


US begins withdrawing troops from Afghanistan

The United States began withdrawing troops from Afghanistan, the U.S. military said Tuesday, taking a step forward on its peace deal with the Taliban while also praising Afghan President Ashraf Ghani's promise to start releasing Taliban prisoners after he had delayed for over a week.

"I would hope you not repeat that," Trump said sarcastically according to an attendee. With Biden emerging as the likely Democratic nominee, Trump has launched a concerted, near-daily campaign to raise doubts about the 77-year-old's mental acuity. The president has been bolstered by a conservative echo chamber flooding social media with video clips highlighting Biden's gaffes.

JEFFERSON CITY, Mo. - Missouri Attorney General Eric Schmitt is warning consumers about potential scams related to the coronavirus outbreak. In a news release, Schmitt said although there haven't been any formal complaints about scams related to the virus, people need to be aware. Schmitt warns that consumers need to be aware of phishing attempts [...]

McClatchy's Kansas City Star ended its Saturday print edition with last weekend's issue, the paper's president Mike Fannin announced in a post Sunday. The move to cut the Saturday edition was announced late last year. "The Star has not missed a single day of covering the news in Kansas City since the first paper was printed almost 140 years ago.

I can't remember ever having left an exhibition of paintings and subsequently thinking much about how they were created. The "Summer Wheat: Blood, Sweat, and Tears" exhibit of 17 paintings and drawings from 2017- 2019 at Kemper Museum of Contemporary has changed all that.


Rain lasts through most of the day with falling temperatures

The rights of Tenants to a livable apartment are obviously a huge issue as out of town slumlords rip off KC citizens. The mayor was happy to ride this issue to election. So why are the Mayor and City Council shuffling around on funding the Tenants' Advocate office that would make enforcement far more efficient than waiting for the TV news, the Feds, and the US Senate to jump on the wagon?

The KCMO "Housing Authority" is really on top of their game.
All it took to get their attention to the condition of properties that they supposedly provided oversight for were weeks of investigative reporter coverage on the local TV news and speeches by a US Senator.
Anyone home at 12th and Oak?
Sad.


Why not define Biden as Senile? He is! He doesn't know who he is or where he is half of the time. He didn't even remember what he was running for, and then called himself an O-Biden-Bama democrat. But we all know how you anti-American democrats love fighting, corruption, and communism as your way of life.

Why posting all this corporate shit? Damn this place is turning into a suit and tie suite

The only precautions that HCA Midwest are taking is to dump all of the patients at KU Med.

Why not define Trump as having dementia? He does! He pisses his pants in public, wears a diaper, can't speak without a teleprompter, Slurs his words, rambles on, and makes zero sense. We know all you trumpturds debase yourself everyday defending the horrendous things he does.

"So why are the Mayor and City Council shuffling around on funding the Tenants' Advocate office that would make enforcement far more efficient than waiting for the TV news, the Feds, and the US Senate to jump on the wagon?"

Why mention the Senate? Congress, Schitz, Jerry The Toad Nadler, Pelosi et al are too busy impeaching to give a shit about this. Schumer yells at SCOTUS. This all takes precedence.

protecting oil fields is not withdrawing