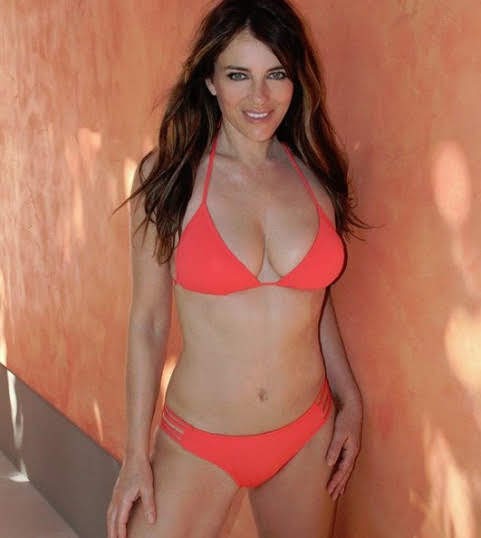 Apropos for the afternoon, here's a peek at the ageless hotness of Liz as we consider pop culture, community news and info from across the nation and around the world.


Northeast Kansas City Tears Down To Build Up Ladies


Hardhats and Hammers at Sheffield Place

On a breezy Thursday morning at 10th and Newton Avenues, Sheffield Place kicked off the renovation of a newly acquired transitional living space for homeless, mother led families. The Hardhats and Hammers wall breaking event breaks open an over $400,000 renovation project of the old convent facility for St. Stephens Parish.

KANSAS CITY, Mo. -- After two years, campus leaders at the University of Missouri-Kansas City are making a final decision to demolish the Oak Place Apartments. The apartments, located at Oak and 51st Street, were purchased by the school in 2012.

RIVERSIDE, MO (KCTV) -- Flames sparked in Riverside Thursday and quickly spread across fields and structures. The fire broke out in a parking lot next to an industrial building in the 5200 block of NW 41st St. before 1:30 p.m. It then jumped the fence and started a separate brush fire.

KANSAS CITY, Mo. - YouTube TV has agreed to terms with Sinclair that will allow them to offer subscribers FOX Regional Sports Networks in 19 markets including Fox Sports Midwest, Variety reports. The streaming service decided to drop Fox Sports Prime Ticket, Fox Sports West and the Yankees' YES Network as part of the deal.

Here's How Liz Keeps It Tight


Elizabeth Hurley, 54, reveals she sleeps in a bra

Elizabeth Hurley has revealed she sleeps in a bra in every night to keep her cleavage 'high and firm'. The actress, 54, was grilled about her age-defying figure by her friend of 20 years Trinny Woodall in her YouTube series the T-Zone.

Facebook said it will remove ads from President Donald Trump that invoked the U.S. Census when directing people to his reelection campaign's website, saying they violated policies against causing confusion about the nationwide count. It was a rare action by Facebook to take down content posted by Trump, who has used the giant social media platform as a major element of both his presidential campaigns.

"There's no question the appearance is not good," Romney told reporters, adding that he is still "considering" his vote. Republicans hold a slim 8-6 majority, and if just one GOP senator joins all Democrats, it would mean a 7-7 tie that would result in a failure to issue the subpoena.

Secretary of State Mike Pompeo denounced a decision by the International Criminal Court to allow an investigation of U.S. personnel for war crimes in Afghanistan just days after American officials signed a peace deal with the Taliban paving the way for a full withdrawal of troops.

US Border Patrol arrests on the southern border increased for the first time since last May, the height of the migration crisis on the US-Mexico border, according to data obtained by CNN.

Editor's note: Thalia Cherry is a board member of STARTLAND, the ecosystem building organization that operates Startland News. This story was produced independently by Startland News' nonprofit newsroom. A Kansas City entrepreneur widely known for sports apparel lines honoring the history of the Chiefs and Monarchs is earning acclaim in her own right.

KANSAS CITY, Mo. - From a car that parks itself to all-electric sports cars, you can see it all at the KC Auto Show happening now and all weekend in Kansas City, Missouri. One car sure to get a lot of attention at the show is the Hyundai Sonata, fresh off its Boston-themed, celebrity-packed, "Smaht Park" Super Bowl commercial.

UMKC housing must be demolished?! And it is only 8 years old? Audit UMKC now! Cancel and bar all permits in the name of the original builder. What a disgrace and waste of taxpayer money. Those giving their money to UMKC should be able to trust this institution of higher learning to make wise investments.

Pompeo is defending war crimes, not troops. Just like his boss that pardons convicted war criminals and reinstates their rank over military objections.

If Pompeo wanted to defend troops, he should have apologized for the administration's belittling combat head injuries and related brain trauma as just headaches when asked in a congressional briefing.

Contaminated cash may be spreading coronavirus, WHO warns

^^^ My 401K is definitely infected. It's condition deteriorated significantly over the last 2 weeks. My broker warns more worsening and pain is to be expected.

5:15 the only thing this site does for women is kill their libido, if it wasn't already killed by the police.