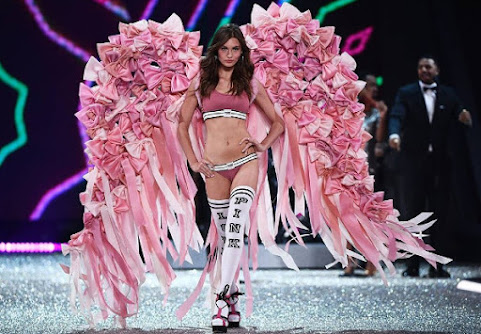 Last year hottie Grace became one of the newest Angels and right now she inspires our Sunday list of pop culture, community news and info from across the nation and around the world.


The backstory behind the Facebook page finding stolen KC items

KANSAS CITY, MO (KCTV) -- Over the years, many victims of theft in the metro have worked with law enforcement along with the Facebook page Stolen KC to retrieve your items back. The group has grown a lot, but KCTV5 News wanted to take look at what went behind the creation of the group.

INDEPENDENCE, MO (KCTV) - The case of an Independence man charged with murdering his girlfriend while he was out on bond after already shooting her six times is raising questions about how to balance the safety of a victim in clear danger and a suspects' rights.


It's peak season to look for shed deer antlers in Missouri and Kansas, experts say

PARKVILLE, Mo. -- Hunting may be in a bit of a slow period as many sportsmen look toward spring turkey season. But there's one form of hunting that's perfect right now - shed hunting. A set of trophy deer antlers might be waiting in the woods for you.

LENEXA, KS (KCTV) - Veterans say the evidence is now clear and overwhelming that a military base used by American soldiers was actually a toxic waste dump, and a Lenexa man is taking the fight to Capitol Hill.


WHO chief on coronavirus: Global markets 'should calm down and try to see the reality'

Market panic over the fast-spreading new coronavirus is uncalled for, the World Health Organization's director-general said Sunday as governments around the world rush to contain its spread. "Global markets ... should calm down and try to see the reality," Tedros Adhanom Ghebreyesus told CNBC's Hadley Gamble during a panel discussion at the King Salman Humanitarian Aid Center's International Humanitarian Forum in Riyadh.

Billionaire environmental activist Tom Steyer has dropped out of the Democratic presidential race following a disappointing result in South Carolina, the early voting state on which his campaign staked its hopes.


Oprah Winfrey Takes a Tumble During Her Motivational Tour

Oprah Winfrey took a tumble during her most recent Oprah's 2020 Vision: Your Life on Focus Tour. On Saturday, t he media mogul held her second-to-last event at The Forum in Los Angeles. While talking about wellness and balance, and what it means to her, Winfrey fell on stage -- and thankfully appeared to be fine.

In honor of Black History Month, Olathe police are honoring one of their own.Officer Al Bell was the first black police officer on the force."He had no intentions of being an officer," said Al Bell's son, Marcus.But sometimes life has a bigger calling then you think it might."I think that's what he kind of had in mind, that he could help out and he could help the community by being an officer," Marcus Bell said.The year was 1960.


Lent 2020 fish fry list: All the fish fries to try in Kansas City

KANSAS CITY, MO (KCTV) -- Below is a list of Kansas City-area organizations that will be holding Lenten fish frys this year. To get a fish fry added to the list, email the information to kcnewswebteam@meredith.com. Avondale United Methodist Church, 3101 NE Winn Road, Kansas City, Missouri (4-7:30 p.m.


Keeping the warmer temps on Sunday with more clouds

Okra fell down?
Bitch be too FAT!
Needed her pussy-lickin' girlfriend Gayle to catch her ass.

Oprah Winfrey proved like Hillary she can't walk drunk either.

Oprah & Hillary are liked by millions of people, while you're afraid to sign your name.

Oprah and Hillary have proved they can't walk and talk at the same time. Perhaps it's God's way of shushing them.

Trump is jealous of a teenage girl with Aspergers over a magazine cover photo from a fake news outfit and he keeps bringing it up to ridicule her at public events?

What the hell is wrong with him?

I know a woman who was run over by oprah's horse on oprah's property, due to some duct tape noise made by construction workers. She was her horse trainer. It was a big horse. The woman's shoulder was relocated to her waist. She was 'handled' by Oprah's property manager: no longer the horse trainer and did not get any money.