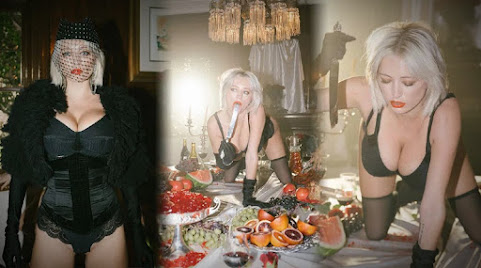 Amid international concern and continued local violence, we continue to offer our blog community the very best hot take on all of the important topics. Accordingly, here's insight on community news, pop culture and info from across the nation and around the world.

KANSAS CITY, Mo. - UPDATE, 5:34 p.m. | A KCFD spokesperson said that no structures were involved with the fires. ORIGINAL STORY | Kansas City, Missouri, firefighters are battling a string of brush fires Saturday afternoon in the Northland. Crews responded around 4:11 p.m. to the area of 152 Highway and North Platte Purchase Road.

GROUPS IN KANSAS CITY A NEW THIS OLATHE POLICE SAY THEY'RE LOOKING FOR ONE WHO FIRED SHOTS AT A CAR WITH PEOPLE INSIDE. THIS HAPPENED JUST BEFORE 11 O'CLOCK LAST NIGHT AT 140TH TERRACE IN SOUTH DARNELL COURT ONE CAR HAD A WINDOW DAMAGED FROM THE GUNFIRE.

KANSAS CITY, Mo. - A caravan of suspected ATM thieves from Kansas City, Missouri, were captured Friday after a police chase in south Texas. The men allegedly stole all of the cash boxes from an ATM about 5:30 a.m. Friday at the Chase Bank near East 63rd Street and The Paseo, according to a KCPD spokesman.

RAYTOWN, Mo. -- A damaged storm drain has been frustrating drivers and wrecking cars in Raytown. "They have the hole right here. It's like 5 feet deep. It's going to tear somebody's car up," Meez Martin said of the massive hole in front of the Taco Bell off Highway 350.


Caroline Vreeland's an open book, and it ain't the Bible

Caroline Vreeland is the great-granddaughter of Diana Vreeland, formerly the lofty columnist and editor of the fashion magazines Harper's Bazaar and Vogue. It's a connection that has led Caroline Vreeland to walk the runways herself, and even design a lingerie collection for Kiki de Montparnasse. Thongs with a wine-glass motif, that sort of thing.

The American Conservative Union announced on Saturday that one of the attendees at last week's Conservative Political Action Conference in National Harbor, Maryland, has tested positive for coronavirus.

Young people are the future of politics - or at least, they should be. In the US, people aged 39 and younger - millennials and Generation Z - now make up more than a third of eligible voters. They're considered more ethnically diverse, and liberal, than older generations, and experts say they could make a significant impact on this year's elections.

Search and rescue efforts are underway after about 70 people were trapped in a hotel collapse Saturday night in southeastern China, officials in the city of Quanzhou said.


'We are in a difficult position': State law limits cities' abilities to restrict small cell towers

If you're not looking for them, it can be easy to miss the small cell towers popping up around Overland Park. You can find the antennas fixed to light poles at locations throughout the city, like 106th and Nall and 105th and Roe.

A seasoned Midwesterner knows that you are not safe from a spring freeze or snowstorm into mid or late April. Add in the fact the KC Royals are the furthest team south in the American League Central and the recipe is there for winter coats in the dugouts, bullpens, and stands as we visit division foes.

KANSAS CITY, Mo. - Share in our weather experience on the weather blog. Click on the blog at the top of the page for more information. For a full list of weather alerts, click here. A Fire Weather Warning is in effect for today Rain arrives around midnight Sunday night and we need it!

Yo, neckbeards: The hipster thing is, like, over. You guys are still doing it. Uncool.

That Olathe shooting is a pretty nice neighborhood.