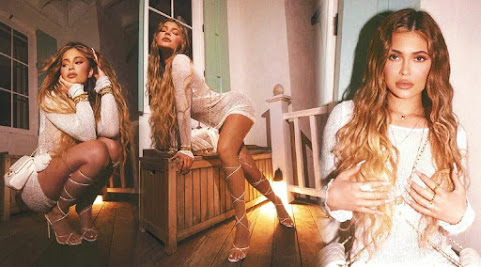 Inspired by the branding of a young lady billionaire we awake to pop culture, community news and info from across the nation and around the world.

KANSAS CITY, Mo. - Frustrated by payment methods for parking downtown? Change has arrived. Kansas City, Missouri, is promising an easier way to pay for parking digitally and monitor it remotely with an upgraded and rebranded mobile payment app. ParkSmartKC, which was developed in partnership with Passport, launched Monday.


Residents at condemned KCK apartment complex still unsure what to do

Hide Transcript Show Transcript SAY THEY WON'T HAVE TO MOVE AS OUR INVESTIGATIVE REPORTER MATT EXPLAINS. UNFIT PROPERTY, 319 SOUTH BETHANY STREET. THERE IS UNCERTAINTY. SEAN McGINNIS CAME HOME TO THE APARTMENTS LAST WEEK TO SEE THIS PINK SLIP ON HIS FRONT DOOR.

A Kansas attorney who forged the signatures of a judge and a clerk, neglected numerous clients and fabricated court pleadings, has been suspended for two years by the state's top court. A "two-year period of suspension is warranted given the serious nature of the respondent's acts that gave rise to the multiple violations in this matter," the Kansas Supreme Court's Feb.

ST. LOUIS (AP) - Medical marijuana sales in Missouri won't likely begin until the second half of 2020, but the state health department has already approved more than 35,000 patients who want to use the drug, far exceeding projections. Missouri's medical marijuana director, Lyndall Fraker, said Monday that psychological disorders are the No.


Kylie Jenner's Vacation Outfits Have Been So Extra

Kylie Jenner is currently on vacation somewhere tropical, because that's what you do if you're a young billionaire. Of course, her wardrobe has been unsurprisingly over-the-top and made for Instagram thirst trap shots. Travis Scott, are you watching? The makeup mogul started by sharing a traveling shot: Then two "we're in paradise" bathing suit shots.

Photog Behind The Scenes

Amber Asaly's summer was better than yours. Unless you also spent the past three months chilling on a $22 million dollar yacht, taking dreamy photos of Kylie Jenner in vintage Dior while Kris Jenner flounced about in a tunic.

MSNBC star Chris Matthews shocked his colleagues and viewers Monday night by announcing that he was stepping down as host of the cable news channel's primetime staple, "Hardball," effective immediately. "Let me start with my headline tonight: I'm retiring. This is the last 'Hardball' on MSNBC," Matthews announced at the top of his show.

Both Engel and Senate Foreign Relations Committee Chairman Jim Risch (R-Idaho) plan to hold hearings to review the agreement, although neither has scheduled any session at this point. Since the agreement is not a formal treaty, Trump does not have to submit it to Congress for approval.

President Donald Trump was contradicted by a health expert on his coronavirus task force over the timing for a potential vaccine during a briefing Monday.

Charlie Hustle's KC Heart icon gained regional notoriety after a high-profile association with the World Series-winning Kansas City Royals, but now the brand is helping put Kansas City on the global stage with its simple, but historically-rooted design, said TeamKC.

FAIRWAY, KS (KCTV) - The lion isn't roaring as we start March. No, it's more like the gentle meow of a house cat. We can sit back and enjoy a great stretch of weather to start the month.

Hide Transcript Show Transcript AS WELL. MOSTLY CLEAR SKIES TO BE EXPECTED. NO RAIN OR SNOW. YOUR FIRST ALERT HOUR BY HOUR FORECAST HAS IT DIPPING INTO THE 40s BEFORE OUR 6:00 NEWSCAST. 47 BY 7:00. 8:00 P.M. TEMPERATURE 45. AND DOWN TO 43 DEGREES. AND IT WILL CONTINUE TO FALL BY TOMORROW MORNING.

Kylie kinda tame. But cute for a young woman with more money than most of the Chiefs.

which countries in the world are more culturally pathetic as the united states?

It is really disappointing that you would link to Fox. NOTHING, absolutely NOTHING, from Fox has any credibility.

So Missouri will soon have 35K more stoners walking the streets.

8:26, Fox says Matthews and MSNBC have parted ways. You must disagree with that.

CNN reported that President Trump called the coronavirus a hoax. You believe that's true, with all your heart.

It's called confirmation bias, and you have it in spades.

So the apartment people went screeching to lawyers and the City to make the big mean landlord fix their slum; then the City comes in and condemns. Rich. Bet they never saw that coming.


How many times have we heard this the past nine years?