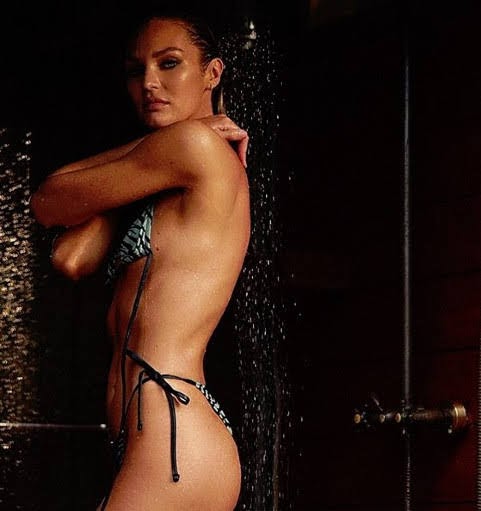 Right now ANGEL CANDICE inspires our first look at pop culture, community news and info from across the nation and around the world.


Women in Jackson County Lead in the Legislature

Sunday, March 8 is International Women's Day around the world. This year's theme is #EachforEqual, which makes an equal world an individual responsibility for everyone. The campaign's challenge is to recognize stereotypes, fight bias, broaden perceptions, improve situations and celebrate women's achievements.


Man sentenced in scheme to turn $1 bills into $100 bills

OVERLAND PARK, KS (AP) - A California man has been sentenced to three years in prison for washing the ink off $1 bills in an Overland Park hotel room and reprinting them to look like $100 bills. The U.S. attorney's office says 51-year-old John Sebestyen, of Mission Viejo, California, also was ordered Monday to pay nearly $20,000 in restitution.

LEE'S SUMMIT, Mo. - Renters at a storage center said they couldn't believe what they'd found. Police in Lee's Summit said those people were ripped off during the weekend, as a burglar used power tools to cut through the walls of their storage units at the Storage Mart on U.S.

Victoria's Secret Angel Candice Swanepoel celebrated International Women's Day with a bikini photo as she slipped into a stylish, new two-piece from her own swimwear line, Tropic of C. The stunning lingerie model wowed in a crocheted top and a pair of pretty skimpy bottoms as she put her flawless model body on full show for the camera.

Joe Biden is marching to the Democratic presidential nomination.

Push Back Against Justice


A Federal Judge Condemned the "Roberts Court's Assault on Democracy." It's About Time.

Wells Fargo Is the Crooked Bank That Will Never Quit Streak of Extremely Ominous News Interrupted by Reasonable Proposal in Congress, of All Places Can Michigan Go Weird for Bernie Sanders Again? A Reagan-Era Legal Opinion May Allow Trump to Censor Coronavirus Information Nowhere is the problem of asymmetrical rhetorical warfare more apparent than in the federal judiciary.


American in Rome describes Italy's coronavirus lockdown: 'The message here is, "Everyone stays at home"'

Fox News' Courtney Walsh joined "Tucker Carlson Tonight" via Skype from Rome Tuesday to provide an update on the coronavirus outbreak in Italy one day after the country's government instituted a nationwide lockdown. "There have been over 10,000 cases of Coronavirus infections...and the government is taking drastic measures now," said Walsh, who remains under self-quarantine.

Infowars founder and conspiracy theorist Alex Jones was arrested in Texas on a charge of driving while intoxicated, the Travis County Sheriff's Office said.


UMKC Enactus competes to do the most good in the world

Unlike many other organizations around the world, UMKC's Enactus group values a healthy competition. It tries to challenge students to go the extra mile, think outside the box and present multiple solutions for solving real world problems. Its main goal is simple yet ambitious: to create a positive change in the world.

It's surprising that ANY of the members of the Jackson County legislature even want to show their faces, much less crow about their "leadership".
Property assessment and taxation;
One jail fiasco after another with millions in settlements;
Taking months just to fix elevators.
Do any of these people even have job descriptions?
What a joke!

First of all, I doubt less than 1% of Kansas City has ever heard of queer eye much less watched it! Come on Council, get your priorities right with taxpayer funds, and yes they should, weird!!,