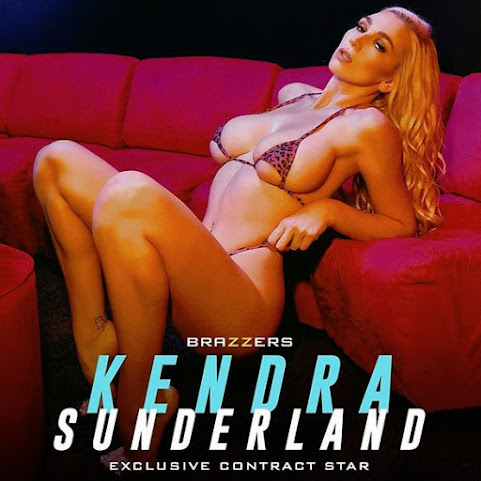 Because, amid the Intagram-era wherein smut producers seem to the only people willing to nurture "talent" as pr0n is pop culture and pop culture is pr0n, we offer a well rounded glimpse at the discourse and share these important news links to start the day.


Big 12 Tournament means some downtown streets to close next week

The Big 12 Tournament returns to Kansas City next week, which means some downtown streets will close.Fan fests and other activities will close the following downtown streets through the tourney's run:Grand Boulevard (between 13th Street and Truman Road) will close starting at 10 a.m. on Monday through 6 a.m.

KANSAS CITY, Kan. - Dozens of residents from the Argentine neighborhood gathered Tuesday at the Joe E. Amayo Argentine Community Center to listen to and speak with Kansas City, Kansas, Mayor David Alvey. The mayor offered his thoughts on the city's current financial situation and outlined where he believes the city must go.

KANSAS CITY, MO (KCTV) -- Kansas City's startup community has fueled economic growth throughout the metro, but the city's proposed budget for next year threatens to stifle that. That's because some of the funding available to new businesses is being cut. Those same funds have helped turn small ideas into something big.

The White House has conceded the US does not have enough coronavirus test kits as cases of the deadly disease ticked upwards on both US coasts. Vice-President Mike Pence said the Trump administration would not be able to meet its objective of delivering one million testing kits this week.

Donald Trump attacked Joe Biden's cognitive abilities on Thursday night during an event in the former-vice president's hometown that could set the tone for an ugly general election. Appearing at a Fox News town hall in Scranton, Pennsylvania, Trump - who has faced repeated scrutiny over his own mental acuity - said there was "something going on" with Biden, in what may prove a rehearsal for Republican attacks during the presidential election.

Nation's Paper Of Record Really NOT Feeling The Bern

Here is the headline on a story the New York Times published Thursday night about Bernie Sanders and the Soviet Union. You know the context here. Sanders' prospective general-election opponent, Donald Trump, was privately pursuing a real-estate project in Moscow during the 2016 campaign cycle while publicly speaking in flattering terms about Russian president Vladimir Putin.

KANSAS CITY, Kan. - From gas masks to survival gear, Mickey's Surplus Store in Kansas City, Kansas, says people are snatching up gear they think will keep them safe against the novel coronavirus. Mickey's employee Ernesto Salazar said he warns every customer that gas masks aren't designed to prevent them from breathing viruses, so there's no guarantee it will work like people hope.

Hide Transcript Show Transcript BASKETBALL TEAM HAS THE FIRST CHANCE TO WIN A CHAMPIONSHIP IN THE WAC. pIT CAME DOWN TO THE FIN MINUTES. IT WAS TIED AT 53-53. THEY TAKE THE LEAD, UP BY TWO EVERY LOOSE BALL. GOES ALL THE WAY FOR THE LAY UP. KANSAS CITY TAKES A FOUR-POINT LEAD.


Wyandotte County opening lakes up this weekend for fishing

KANSAS CITY, Kan. - Wyandotte County/KCK Parks and Recreation have spent the last couple months stocking up area lakes with fish to get ready for the fishing season. Lakes in Wyandotte County are closed to fishing in the winter months but will be back open for fishing on Saturday, March 7.

KANSAS CITY, Mo. - Share in our weather experience on the weather blog. Click on the blog at the top of the page for more information. For a full list of weather alerts, click here. Wind dies down today with sunshine.

Kendra should move to Kansas City and get a job in news. She would do very well!

I wouldn't think Trump would want to bring up the issue of cognitive health. All that coke he sniffed in the 80's is taking its toll. Pot, kettle.

^^Easy geezer. No applesauce for you if you can't calm down. Go watch Matlock grampy, that always makes you feel better!

Get a grip, Matlock. His dealers are now living in mansions in the Hamptons and thanks to the great pumpkin have more money than he does.

Going to the movies with Kendra is always a bit distracting, as she instinctively moves to the edge of her seat as the climax looms!!!

Damn Mickey's Surplus is still in business? Not been there in a long time. Wonder if the same guy still owns it? He use to do a commercial on TV years ago showing him climbing out of a jeep. LOL the guy was a hoot.

Of Course, two thirds of the "Army Surplus" they sell is made in China, but hey, gotta have the latest design in ammo pouches for my
Mexican-made M16 clone!