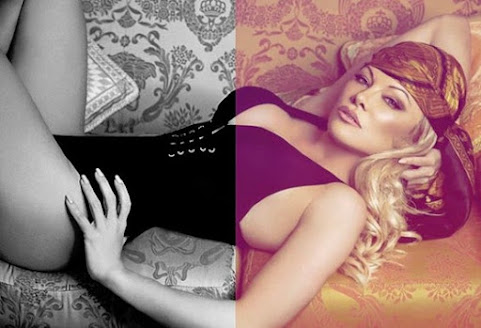 Once again we find solace in the eternal hotness of Pamela as we take a peek at pop culture, community news and info from across the nation and around the world.

Veterans' organizations The Rosie Network, National Veterans Transition Services, Inc. (NVTSI) and Veteran Business Project have selected Kansas City as their new home and are creating the Center for Military and Veterans Reintegration (CMVR). CMVR will serve as a hub for service members, veterans

PARKIVLLE, Mo. - More than a decade later, a Parkville mom says the H1N1 virus continues to affect her daughter's life. On Wednesday, the World Health Organization declared COVID-19 a global pandemic. The last pandemic was the H1N1 virus in 2009. But unlike the novel coronavirus, younger people were more susceptible to swine flu than [...]

Perhaps no one took more meaning from the advent of the automobile-and its promise of freedom and adventure, power and self-expression-than African Americans. With the aid of the famed Green Book and other travel guides, black-only businesses, and informal communication networks, they could navigate the mid-20th century's Jim Crow landscape.

Can't Take It With You

There are many celebrities who have got jiggy on video and some of the tapes have proved extremely profitable for the people starring in them, Daily Star Online has looked at the celebs who were laughing all the way to the bank

US stock futures fell Wednesday evening after President Donald Trump announced that travel from Europe to the United States will be suspended for 30 days, beginning Friday at midnight.

President Donald Trump issued sweeping travel restrictions on Wednesday evening that included an unprecedented 30-day ban on foreigners arriving from most of Europe, a measure he said was necessary to stop new cases of coronavirus "from entering our shores."

Inside oil-rich Saudi Arabia, Mohammed bin Salman is both feared and loved. in the past few days, the world has witnessed what his subjects have come to know.


The coronavirus pandemic is closing schools. How will kids eat?

Across the United States, millions of students rely on school lunches. If classes are canceled, figuring out how to provide those meals to students is a challenge, with a confusing web of federal rules governing it.

'Movies. White people sit around all day thinking up that s**t. And then they believe it!" That's Harry Belafonte speaking in the most powerful film role of his career, playing a lethal black gangster in Robert Altman's Kansas City (1996, now back for timely viewing on Blu-Ray from Arrow Releasing).


Announcing our new film and music editors; whomst are good

A bit of exciting housekeeping: we have two new editors here at The Pitch. They both rule, and you'll be seeing a lot more of them in the future. This Abby Olcese. She's good: I've been reading The Pitch since high school, and I used to fantasize about how cool it would be to write here.

Adorbs Weather Despite It All

Today is a StormTrack5 Weather Alert Day. We are tracking a 50% chance for showers and thunderstorms today with a high near 63.

So we must blame pam's hot bod for kim kardashian. I refuse!

Trump Bear Market is getting brutal.

Monday was worst down day since 2008 crisis.

Trump's legacy is now much worse then W Bush.