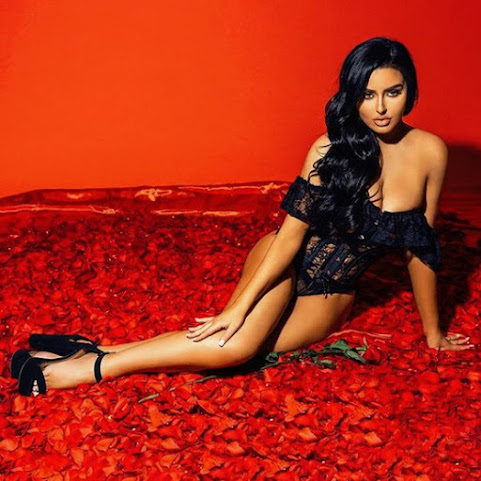 Right now hottie Abby inspires this quick peek at early morning items of interest with a focus on pop culture, community news and items from across the nation and around the world . . .

Car lovers, start your engines. The Kansas City Auto Show is back! The event is being held at Bartle Hall from March 4 to March 8. Tickets for adults are $12, juniors (ages 8 thru 12) are $6 and any child under 8 is free to get in.

Segment 1: A lack of funds will soon lead to the closing of a 90-bed emergency shelter for single adults in Kansas City, Missouri. More than just a place to sleep, the reStart shelter on East Ninth Street in downtown Kansas City, Missouri, is open 24 hours a day and provides the needed ancillary services to transition a person to permanent housing.

Architectural Design students from K- State in partnership with the Kansas City Design Center presented a variety of development concepts and amenities for the East Bottoms community Tuesday afternoon at a public open house event at the J. Reiger & Company Distillery.

The statewide tornado drill will take place in Kansas on Tuesday at 10 a.m., as a part of Severe Weather Awareness Week. The goal is to prepare Kansans for the upcoming severe weather season and give you time to find your safe place - the basement or the most interior room of your home - should severe weather strike.

Abby On Top Of Her Game

In 2019, according to a rundown of marketing dollars for the year, Fashion Nova spent more than $40 million on "influencer marketing." Late last month, Instascreener ran a piece highlighting the 2019 Influencer Marketing Report, which noted that brands in 2019 spent a total of $1.9 billion on this sector of marketing in the U.S.


Chris Wallace: Bernie and Trump's voters will 'walk through fire' for them

"Fox News Sunday" anchor Chris Wallace said on Tuesday that President Trump and Sen. Bernie Sanders are the only two candidates who have a base with a "genuine grassroots enthusiasm" from ardent supporters that will "walk through fire for them." "You can't beat that," the host of " Fox News Sunday" told " Outnumbered Overtime."

The Deal: Iran Now Has Enough Power For Nuke Bomb

Iran has nearly tripled its stockpile of enriched uranium since November in violation of its deal with world powers and is refusing to answer questions about three possible undeclared nuclear sites, the UN atomic watchdog agency has said. The International Atomic Energy Agency made the statement in a confidential report distributed to member countries that was seen by the Associated Press.

For nearly a half century, Freedom House - the avowedly non-partisan democracy advocacy organization whose founders include Eleanor Roosevelt and Wendell Wilkie - has published an annual report on the state of freedom in the world. This year's edition, titled "A Leaderless Struggle for Democracy," is just out, and it is decidedly downbeat in its assessment of where worldwide freedom stands today.


New art shows to partake in, all through March

Photo by Brandon Forrest Frederick Have you ever seen an art exhibit that just floored you? You couldn't stop thinking about it on the drive home, or days later, and even now, months or years later, you think: That show!! It really did something. Rearranged how you think about the world in some way.

Spring is still more than 2 weeks away but you will get a serious taste of mild air this evening. Skies will remain clear through the evening while a light breeze drifts in from the west northwest.

Trump breaking the Iran deal is really paying off.