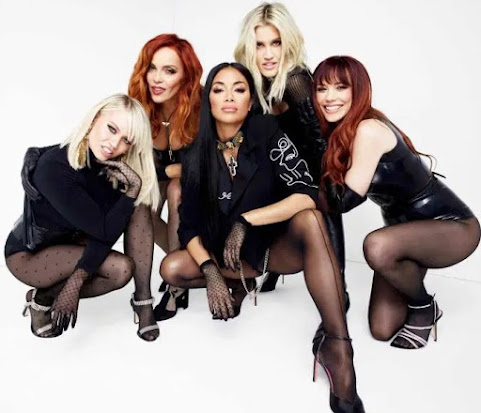 The Pussycat Dolls represent a return to old school pop music standards inasmuch as their image is much more important than their music. Accordingly, this Brit super group inspires our look pop culture, community news and info from across the nation and around the world.

KANSAS CITY, Mo - Kansas City's baseball team and one of Kansas City's most popular brewing companies are teaming up to release a limited release beer. The Kansas City Royals and Boulevard Brewing Company announced the partnership Monday. The beer is called Hustle Up! It's a 100-calorie blond ale that is available in grocery and [...]


Kansas City suburb is 15th happiest city in country, according to report

By Jill Draper KC Water engineers and other experts are building a huge model of Indian Creek to figure out why the flood plain map doesn't accurately predict which areas will flood during heavy downpours.

The recently reformed girl group donned racy outfits for their performance on February 26, where they showcased their latest single React The BBC said in a statement they worked with the Dolls to ensure the performance was 'suitable' for evening audiences The group were victims of a technical blunder during

The five-piece have been busy promoting their new single React, which is released on Friday, amid their reunion tour The group announced late last year that hey were embarking on a comeback tour, which will kick off in April 2020 The band are made up of Nicole Scherzinger, 41, Jessica


Prince Andrew has 'shut the door' on cooperating with Epstein investigation, prosecutor says

Prince Andrew has "completely shut the door" on voluntarily cooperating with a US investigation into Jeffrey Epstein's co-conspirators, prosecutors in New York have said, despite the royal's public offers to help with any probe into the disgraced financier if required.


'If you don't want us, we'll disappear': thousands of Mexican women protest violence

As rush-hour began on Monday morning, there were no ticket-sellers in Mexico City subway stations. Nor were there female tellers at many of the banks. Nail salons, massage parlors, and hairdressers closed. And in cities across the country, far fewer women were on the streets than on an ordinary day.


Opinion: Trump can't tweet his way out of a bear market

In a public health crisis that demands facts, leadership and gravitas, President Donald Trump riffs -- and he tweets.


Biden, not Sanders, gains in popularity after Warren drops out: Reuters/Ipsos poll

NEW YORK (Reuters) - Elizabeth Warren's departure from the Democratic presidential race appears to have benefited front-runner Joe Biden more than Bernie Sanders, her liberal ally on many issues, according to a Reuters/Ipsos national opinion poll released on Monday.

KANSAS CITY, Mo. - For Jimmy Eat World fans, this is heaven. The alternative rock band known for hits such as "The Middle" and "Bleed American" returns to Kansas City, Missouri, this summer for its Criminal Energy Tour. On Aug. 29, Jimmy Eat World will perform at Arvest Bank Theatre at the Midland.

With new options for hearty barbecue, Detroit-style pizza and even poutine, Kansas City diners venturing out in early spring definitely don't have to go home hungry. Head to Lawrence to try Big Mill and Moose McGuire's, or stay closer to home with a new coffee shop from Tyler Rovenstine, Parlor Food Hall's newest tenant, ChickHoovenSwineBBQ, or try out the newest option from the owners of the Homesteader Cafe.

Hide Transcript Show Transcript SOUTHEAST SO EXPECT THAT COLD AIR TO ROLL IN. I'M GOING TO GIVE YOU THAT IMPACT FROM 8:00 THIS EVENING. TEMPERATURES, IN THE 50'S, WILL BE FALLING INTO THE 30'S -- 40'S. THE WIND WILL PICK UP OUT OF THE NORTHWEST SO YOU WILL NOTICE WHEN THE COLD AIR STARTS MOVING IN.

I know this is supposed to be good news but, damn.

Now ranging from 37 to 45, the Pussycat Dolls are more accurately called the Frisky Felines!!!