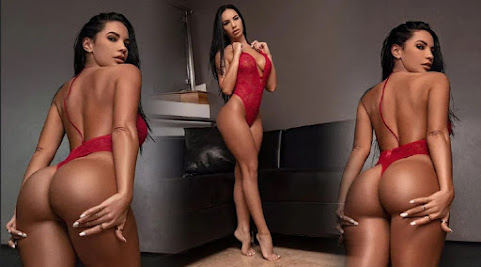 We start our morning look inspired by the GRACIOUSLY SHARING HOTNESS OF YESY with her legions of fans as we consider pop culture, community news and info from across the nation and around the world . . .

Kansas City Mayor Quinton Lucas announced LAST WEEK that the city is under a state of emergency for at least 21 days. "Protecting all of our residents remains our top priority, which means that how we interact over the weeks and months ahead will need to change dramatically as we confront our current public health challenge," said Lucas.

The Kansas Department of Transportation will begin widening Interstate 35 under the 75th Street bridge in Overland Park, which is one of the worst bottlenecks in the Kansas City metro.


School canceled in Independence until March 30

INDEPENDENCE, MO (KCTV) - The Independence School District has made the decision to cancel school until March 30 due to COVID-19. According to the district, students should not show up at school tomorrow. They said staff members who would report for a professional development day should do so, however.

The Kansas City Chiefs might not be looking to bring Eric Berry back, but it looks like his playing days are not behind him. The Inquisitr reported earlier the Indianapolis Colts are hot on the safety's trail. Now new reports indicate they are far from the only team interested in the former Chiefs star.

Insta-Hotness In The Era Of Anti-Feminist Push Back

Global stocks plunged Monday, while U.S. equity futures hit 'limit down' levels for a third time in less than a week, as investors reacted to an emergency rate cut from the Federal Reserve and came to terms with the extent of the economic damage wrought by the coronavirus pandemic.

President Donald Trump urged Americans not to hoard food on Sunday during a White House press conference that came just minutes after the Federal Reserve announced new steps to shield the American economy from the effects of the coronavirus pandemic. "You don't have to buy so much," Trump said.


Illinois governor: 'The federal government needs to get its s@#t together'

Illinois Gov. JB Pritzker had stern words for the White House on Saturday night as reports flooded in about lengthy lines and overcrowding at airports as travelers attempted to get into the U.S. amid new coronavirus-imposed screenings. Pritzker criticized President Donald Trump and his administration on Twitter as the new screenings were implemented for those returning to the U.S.

In a setback for Prime Minister Benjamin Netanyahu, Israel's president said Sunday he will give centrist retired army general Benny Gantz the first chance to try to form a new government following this month's inconclusive elections. Gantz was tapped after a majority of 61 lawmakers in the 120-member Parliament told President Reuven Rivlin they support Gantz over Netanyahu.

Listen to this episode of A People's History Of Kansas City, a new podcast from KCUR 89.3. For more stories like this one, subscribe on Apple Podcasts, Spotify, Google Play and Stitcher. It was 1956 in Kansas City. Leila Cohoon had just left her job at a salon to find some new shoes for Easter on the Country Club Plaza.

Storms On The Way


Weather Blog: There are 3 chances of rain this week

FAIRWAY, KS (KCTV) -- We just couldn't shake the cloudy, gloomy skies on Sunday and it looks like a new week brings several chances of rain. The first chance of rain this week moves in just before sunrise Monday morning. Nothing heavy, but it might rain lightly for about five hours Monday morning.

The booty is your duty. Thanks for the links TKC.


Sly James and Quinton Lucas buddy and leader, mayor DeBlosio from NY has shut down schools and restaurants so expect the same for KC, they always do what the NY mayor does regardless of rather it's right or wrong for our city.

Good news--gas is cheap!!! Bad news--there's no place to go.

MAGA! Everything Trump touches dies! Markets crashing once again today. This is why he'll be one and done. MAGA!!!

^^That's why you should have never voted for a republican. They ALWAYS wreck the economy. They have zero fiscal sense. How's the national debt doing as well? Bloated? Skyrocketing? Well thank god those corporations got that tax break so they could buy back more of their shares. MAGA!

8:06: And yet almost all of the Trump gains are gone. Weird.

So, after three years and two months in Office, Trump's economic miracle has right now resulted in a market gain of 12% plus a TRILLION DOLLAR PLUS increase in the US Deficit!

Once again "The Donald" gets in touch with his inner Chip Diller...
"!! REMAIN CALM, ALL IS WELL !!"

Emergency! Dispatch a truckload of Depends to the White House--extra huuuuuuuge!

His staff thought he said Ex-Lax.

That damn incoherent slurring got him in trouble.

Out of every eight dollars your 401(k) had yesterday, one dollar has vanished into the pockets of the Wealthy today!

The Dow Jones is now, three years and two months later, $361.27 higher than it was on the day Donald Trump took Office!