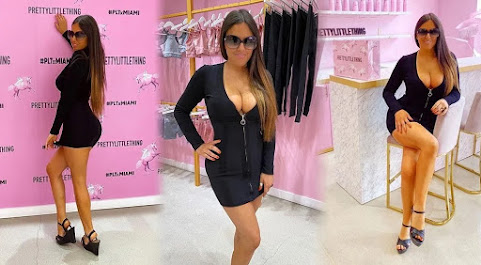 With tribute, love and respect to hottie Claudia, we share this gathering of content related to pop culture, community news and all manner of captivating items from across the nation and around the world . . .

KANSAS CITY, Mo. - Nearly every car the city of Kansas City, Missouri, owns now has a camera watching both the road and the driver. This year, the city continued expanding its drive cam program so that cameras are installed on nearly 1,500 city-owned vehicles.

Kalie Strain Editorial Assistant The names in this story have been changed to protect the individual's identity. "I [would] sit there and just look at my children. Watch them breathe for hours and hours and hours, which feels like days and days and days," said Jane, recalling what it was like living in a van with her children.

KANSAS CITY, Mo. - One of Kansas City's iconic burger joints has filed for bankruptcy. Winstead's Company filed for Chapter 11 bankruptcy protection in federal court in February. According to the court filing, the company has less than $50,000 in estimated assets and estimated liabilities of between $500,000 and $1 million.

Since the stock market's high on February 19, the S&P 500 has fallen by more than 600 points, erasing half of the gains it had made since Trump was elected in 2016.

Bernie Won't Back Down


Bernie Sanders expected to announce he is staying in 2020 race, source says

Sen. Bernie Sanders on Wednesday is expected to announce he is staying in the race and is looking forward to an upcoming debate with Joe Biden, a source with knowledge of his plans told CNN.

The U.S. military confirmed a sustained rocket attack on Wednesday on a base near Baghdad where American personnel are housed. The attack killed two Americans, according to a U.S. military official, as well as one member of Britain's armed forces, multiple news outlets have reported. Army Col.

The US supreme court has allowed the Trump administration to continue enforcing a policy that makes asylum seekers wait in Mexico for US court hearings, despite lower court rulings that the policy is probably illegal.

Artist Tyler Kimball's name will be associated with glass installations at Truman Medical Centers' new University Health II building. But, the owner of Monarch Glass Studio insists, "Glass blowing is a team sport." His Crossroads Arts District studio at 1919 E. Truman Road is producing the glasswork, and Kimball explained the process he and his team [...]

In honor of Women’s History Month, we are celebrating women’s voices in our community with a four-episode series during the month of March

Rainy Day On The Way


Rain chances increase for your Thursday

bewbs news for tkc. thank you for soldering on.

So far, in the "Greatest Economy Ever", Trump has been averaging 16% DJI growth at best, only slightly more than HALF of Obama's 31%!

After this plunge, Trump's DJI is only 19% higher than when he took Office, cutting his average to just over 6% a year, or less than one fifth of Obama's achievement!

Looks like we're all headed into Trump's Seventh Bankruptcy!

^^You're an idiot. Why didn't you compare the numbers when stock market was at highest level ever? Just because you don't like Trump is no reason to make an ass of yourself, but libs just can't help it. Good luck with Dr. Dementia Obiden.