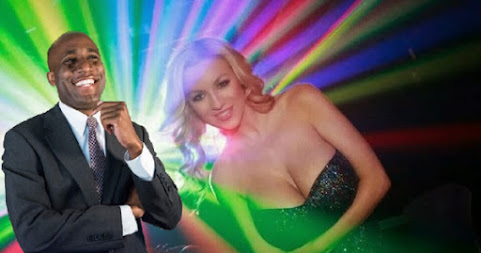 Okay, his Westport tour was a lot more tame than most TKC visits and it's sad to see that he was neither afforded the opportunity to chat up a chesty lady nor yell at a stranger . . . As is the Midtown Kansas City custom for this historic party place on any given Friday night.

Mayor Q deserves credit for this street level walking tour and his realistic acknowledgement of the many challenges that KCMO entertainment districts confront as the weather warms up.

Kansas City Mayor Quinton Lucas was in Westport Friday encouraging people to support the district.The visit comes less than a week after a shooting ended the life of a teenager and injured four others.Lucas wants his actions to show that Westport is safe.

Kansas City After Dark Conversation With The City Hall Honcho

KANSAS CITY, Mo. -- Kansas City's mayor visited Westport on Friday in an effort to try to convince people the entertainment district remains safe. At the same time Throwback, the bar police say last weekend's violence spilled over, had to shut down briefly Friday because of a possible threat.

Friday night in the winter is lame. Place doesn't really get "lively" until the hottest night in July at around 2:30 AM. That's what separates the boys from the men.

Missed opportunity. Should have done a caption contest on what the guy in the 2nd picture was saying. Looks interesting.

Quinton was the only unarmed black man in Westport.

^^True you know he was surrounded by many who were armed.

Opportunities a plenty for selfies. Too late, too little. He is walking around with a police force disguised as uncomfortable people.

What a showboat!
All tinsel and glitter!
How about walking down College Avenue at 2:30am or even riding with the cops on the dog watch in East Patrol?
If these stunts and empty speeches are his idea of being mayor, he'd be better off not doing anything at all.
Smiley selfies Lucas.

Did Missie B’s move to Westport?

All you did was suggest some other stunts.

Sorry no, it's still not possible for you to tell yourself that you just stumbled in while drunk at Westport. You'll just have to stick with your Kelly's men's room unexpected action.


This is what Sly James did too and that is walk around and tell everyone it's safe out there and not do anything about it. CLEAN UP the city DUMB ASS or are you so STUPID you believe your own BULLSHIT? RACIST PRICK!

7:21, duly noted. Just remind me what nights your glory hole is set up in the stall. Do you still do that trick with your tonsils?

Right like we are going to go out to the favorite district every psychopath in the city and state.

1108 That's what separates the living and the dead

I would go to if I had two armed body guards with me !!!

I wouldn’t go there to take a shit