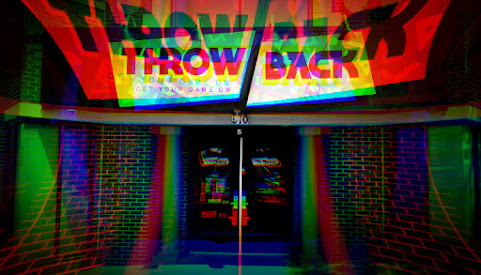 The politics of Westport continue to threaten the patrons of the oldest party place in Kansas City.

Beyond the simplistic issue of perceived racism this fight points us to a fundamental weakness that has doomed Westport:

The old school entertainment district is comprised of a collaborative group of biz leaders whereas more successful places like the P&L District & The Plaza only have one major management organization. Similarly, problems in the 18th & Vine District have always stemmed from disagreements among the many feuding biz interests who are always at each other's throats.

As always, the real problem for Kansas City has been a dearth of effective leadership.

Remember that after the deadly shooting Westport almost immediately threw Throwback under the bus. The latest response from the club shifts responsibility back to the district's management.

And while the blame game might not be important, what should concern Kansas City residents are old school conceptions of security that haven't garnered sufficient tech investment along with the repeatedly ignored plea for more streetlights, security and police -- All of which will reduce or even erase everyone's profits.

And so the debate continues, the wounded attempt to recover and another victim adds to this town's rapidly rising homicide count following the DEADLY WEEKEND BATTLE OF WESTPORT which foreshadows more trouble this Summer.


Throwback KC says it was 'prohibited' from Westport security

KANSAS CITY, Mo. - Owners of a Westport club that is associated with a deadly shooting last Saturday said they have been "prohibited" from inclusion in the district's enhanced security. Throwback KC posted on its Facebook page Wednesday afternoon that the club is "cooperating fully" with Kansas City, Missouri, police as they investigate a shooting that left one person dead and four people injured.


'We have no answers': Filled with grief, family of Westport shooting victim focuses on memories

KANSAS CITY, Mo. -- The family of a 17-year-old gunned down in Westport early Saturday morning is still waiting for answers. After losing a son, brother, nephew and father, Devin Harris's family is having a hard time coming to grips with his death.

KANSAS CITY, Mo. - The altercation that preceded Saturday's deadly shooting in Westport lasted 75 seconds, according to Throwback KC Owner Aaron Beatty. Beatty told 41 Actions News that the club's bouncers, who are trained in de-escalation, intervened and the whole incident lasted about four minutes.


Victim killed in Westport shooting was 17

The victim killed in a shooting that also wounded four people in a popular Kansas City entertainment district was just 17 years old, authorities say. Police identified the teen Monday as Devin Harris, and said three men injured in the Westport shooting in Kansas City, Missouri, are in stable condition.

I think Quinton is doing a better job than Sly who ignored the problem for 8 years. Did he even visit Westport after he was elected? Doubt it.

I like the approach of using regulated industries to keep the districts in line. They have very far reaching power that terrifies most restaurants. THAT should get them all on the same page very quickly.

But if it goes on like this, we need to start thinking shifting closing times.

City should stay out of Westport business. That's part of the problem. They tie the hands of Westport to keep out the trouble makers and then blame them when something bad happens.

Don't kill people over a fight at the bar! How hard is that. I would blame the schools but so few go to school any longer.

But mixing booze with guns is always a bad idea. In my opinion, only somebody drunk or high would think they'd be able to fire into a crowd and think they would get away with it. Losing proposition from the start. Maybe teaching people about THAT would be a worthy goal of all these taxpayer crime fighting groups the city pays every year.

1. Bar security can only handle things to their front door. Once on the side walk, the people thrown out of the club become the responsibility of police. As with most of the violence in Westport, KCPD and Westport merchant security failed to get the people to leave in their cars. Better yet, they should have been arrested for fighting in the club.

2. KCMO needs to get out of the business of needing to support entertainment in KC. On any given night, KCPD has two SWAT teams, a traffic enforcement squad and dozens of officers in Westport at no cost to the Westport merchant association. This is while other city neighborhoods are struggling for officers to respond to calls and citizens having 4 hour wait times.

3. Westport has to decide what it wants to be In terms of an entertainment district at night and retail by day. The two do not mix. An enclosed bar place like the parlor probably would work better for them and it could be controlled better. The parking lots have to go and people must only park in the parking garage.

Finally KCPD needs a sub station in Westport with holding
Cells. People causing issues need arrested and bonded out not released to go to their cars for guns.

Westport is fine during the day and into the evening. Stay after 10:00 pm or so at your own risk.

Sleepy Joe Biden is coming to Westport to kick some ass and take names so you better watch out.

@8:07! Please send this comment to the mayor. Best take I've heard on it yet.

The security is mismanaged and has been for years. Chesley Brown is completely unable to provide effective security.

Or we could just have a 10pm curfew for blacks. Wouldn't really affect the local economy that much, and everyone would be safer. If the shifty messicans start acting up, they get one too.


"I can’t believe any white person would even go down there" PERIOD.

Folks have to be pretty hard up for "entertainment" to attend these clubs, including the "Ultra". It's a JUNGLE out there. Let the animals kill each other. Savvy?

Eliminate the problem at the source: BAN desperate fat white chicks. Do that and it not only improves the scenery but also keeps the other trash out.

10:44 adds....But the ban on the fat white chicks is also a good idea. They just turn into half breed single Moms. Sad

Go axe Mothers in Charge to go to the clubs. Dat be fix everting.

Trump promised this American carnage would end... When?

What do you have to lose?

Make it a movement again!

I've gotta question what possessed that 17 year old father with a GED to be hanging around in Westport after midnight on Friday/early Saturday morning?

Great parenting all around ! 6:26 is right. Until a black family is defined as a mom, dad, and kids together nothing will change.

17 years old and down at the bar district late night