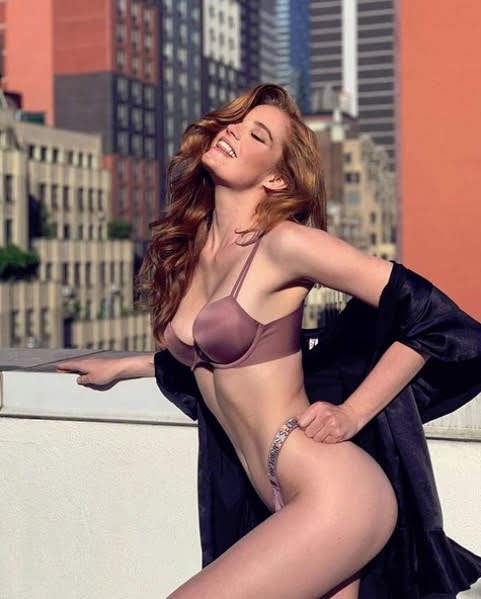 Right now for our fellow clock watchers we share this glimpse of pop culture, community news and info from across the nation and around the world . . .

KANSAS CITY, Kan. - For the past several years, the Turkey Creek Flood Control Project has been underway in an effort to alleviate flooding along Southwest Boulevard. "The Turkey Creek Project, which is a combined effort between the Corps of Engineers, Unified Government, and KCMO was designed and constructed to limit the risk and reduce the frequency and severity of flooding along turkey creek and southwest boulevard corridor," Project Manager Eric Brandt said.

Buses For The NextGen

Whether by bus, van or streetcar, Kansas City's RideKC public transit system shuttles thousands of Kansas Citians around the metro. "As a college student, most of us don't have the money to have the luxury of having a car or taking Lyfts and Ubers.

KANSAS CITY, Mo. - Thursday was a restless night for teams competing in a reality TV show in Kansas City, Missouri. Scientists, engineers, students and teachers from across the country are in a race against the clock to come up with an invention in 48 hours.


Legislators Face Tech-Heavy Agenda as They Confront the Future: Digital Issues to Watch

It's a common refrain: technology moves at warp speed; policy not so fast. But never before has so much new technology been adopted and put to use by the economy in a relatively short period of time, while raising a litany of concerns about its impact.

PANTIES WILL BE EXPOSED!!!

EXCLUSIVE: Pete Berg and Matt Tyrnauer will use the inner workings of a lingerie empire as the fabric for a limited documentary series. Tyrnauer, who helmed the 2009 documentary Valentino: The Last Emperor, will direct The Rise and Fall of Victoria's Secret, with Film 45's Berg, Matthew Goldberg, Brandon Carroll, and Elizabeth Rogers exec producing with Tyrnauer and his Altimeter partner Corey Reeser.


'America should stay at work,' despite coronavirus, Larry Kudlow says

National Economic Council director Larry Kudlow said Friday U.S. workers should continue working despite the coronavirus outbreak. Kudlow discussed the outbreak on CNBC's " Squawk on the Street" on Friday, saying that Americans should remain calm. "I don't want to downplay anything. Worry about the effect on human beings, for heaven's sake.

JERUSALEM-An elated Israeli Prime Minister Benjamin "Bibi" Netanyahu roared "this is the biggest victory of my life!"-but that was Monday. By Thursday, his voice hoarse, a tired Netanyahu growled, " We won't let them steal the election!" In the words of Netanyahu's centrist rival and Israel's probable next prime minister, Benny Gantz, " Someone here celebrated too early."

WASHINGTON - The U.S. government has collected persuasive intelligence that the Taliban does not intend to honor the promises it has made in the recently signed deal with the United States, three American officials tell NBC News, undercutting what has been days of hopeful talk by President Donald Trump and his top aides.


Opinion: The Fed's emergency rate cut was a big mistake

Fearing the US economy would fall into a recession due to the coronavirus, the Fed pushed through an emergency rate cut for the first time since the 2008 financial crisis.

Forever Royal At What Price???


Gordon remains amid Royals rebuild, eager to finish in KC

SCOTTSDALE, Ariz. (AP) - Alex Gordon has won a World Series, made All-Star teams and won Gold Gloves - all with the Kansas City Royals. He just wants to keep the good feelings going as long as he can. "I feel 36, take that for what it is," the veteran left fielder said Thursday.

Years of dedication and training go into preparing for an event like one being hosted at Kansas City's Hale Arena this weekend."Just like a fine-tuned athlete, you have to prepare for them," said Amy Harsch. "I mean, there's exercise, and it's a diet and obviously coat care."Harsch is talking about her dog, Peeps.

In the days and weeks following the biggest win of Patrick Mahomes' professional career, the Kansas City Chiefs quarterback allowed himself to soak it all in.

isn't that lingerie model cold? It's still Winter even if the temperatures are getting warmer!

Trump burned by the Taliban. Imagine if Obama had kissed terrorist ass the way the dump does.

So Israel voted "Not That Yahoo"?

Everyone is sticking it to our shithole.

5:02, You must have missed Obama paying Iran. fantasy island is a myth, not a lifestyle there Bro.

^^^ Nope, didn't miss it. Obama gave Iran their previously frozen money back to sign an agreement to freeze their nuke program.

Trump cancelled the agreement and now Iran restarted and has since made enough material to make a bomb.

Fantasy is deluding yourself of history and the truth.

^^^ And Trump didn't even get the money back when he broke the agreement.

What a deal maker! Iran keeps the money and gets to enrich uranium. Shrewd negotiator.